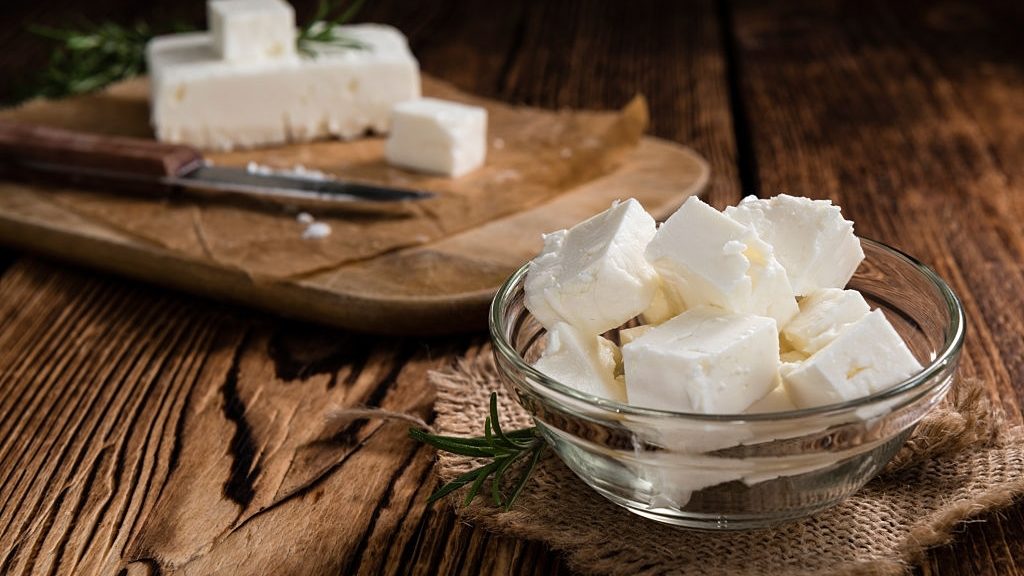 Cheese is consumed in Crete at any hour of the day – from morning to midnight – as an accompaniment or as the main ingredient, as an appetizer or for dessert. At a formal gathering or the family table, no Cretan meal is complete without cheese. Cretans will take their watermelon with feta, their honeydew with graviera and consume mizithra with honey!

The value of cheese as a food item in ancient Greece was such that they called it a “gift from the Gods”. The first mention of milk from a wild goat or sheep being used as food comes from Greek mythology. Zeus as a baby was taken by his mother Rhea to a cave on Mount Dikte in Crete – for fear of his murderous father, Kronos. There he was brought up by a goat (Amalthea) on a diet of dairy goods.

Livestock rearing on Crete has scarcely changed since then. It relies on the smaller beasts – goat and sheep, not cows, they are free-range or stabled (at the mandra) and their foodstuffs are almost entirely wild herbs and shrubs. The traditional cheese is not only viewed as something to eat but also as a substance that bears witness in its flavor to the plants, the savory preferences and the lifestyle prevailing at its point of origin.

Anthotiros is made from a mix of whey and fresh milk from sheep or goat; it slowly turns into a cohesive mass, with a high liquid content of about 70%, and is only slightly salty; as it dries (with time and the addition of salt) it hardens even more. When fully dry it has a fat content of at least 65%. When ripe the exterior looks as if it has had ash thrown on it. The word for ash (athos) may contribute to its name. Another possible origin of the name may derive from anthos meaning “blossom”. It is most suitable grated onto a pasta dish, like spaghetti.

Galomizithra is a very simple form of cheese; the milk is spiked by a natural agent which curdles it. It is produced mostly for household consumption, being less suited for transport to the market. Galomizithra has the same texture and taste as local Chania mizithra, or Cretan sour-cheese (xinomizithra): very tasty, with a gentle sourness to it – ideal for a dakos! 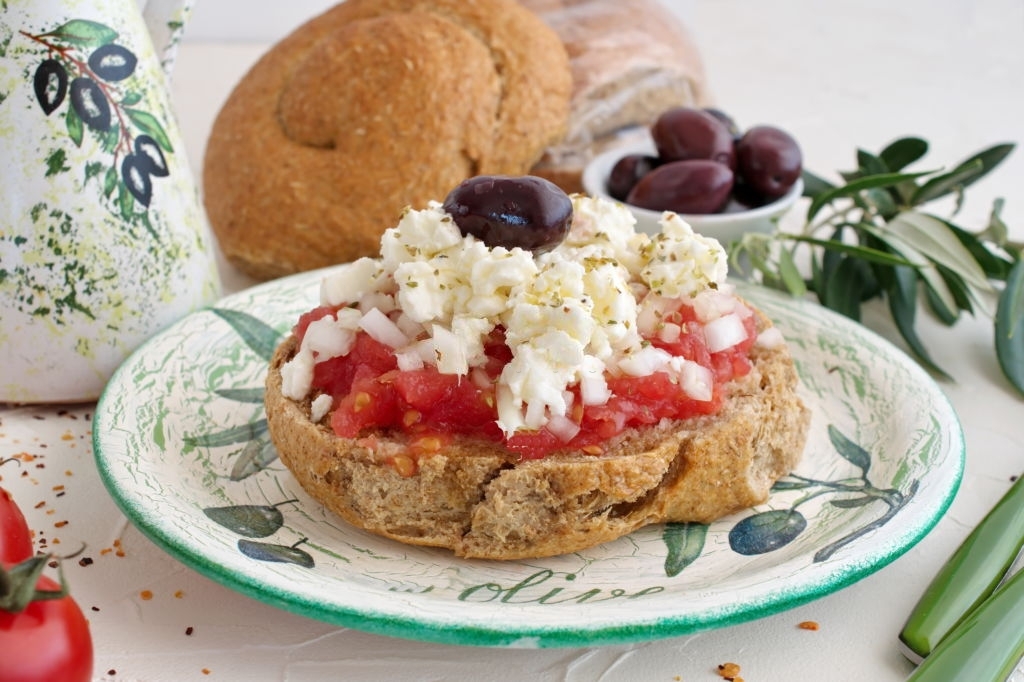 Graviera is often made from goats’ milk, yet the best quality is from sheep’s milk alone. It is rich, full of butter and milk proteins: 38% moisture, 38.4% fat and 1.5% salt. With a strong taste and slightly on the salty side, it usually resembles cheddar – to British tastes. A wheel of graviera may weigh anywhere between 5 to 25 kilos. It can be eaten just by itself, with fruit or bread, cooked in pies and other dishes, and as saganaki (breaded and fried).

A simple, everyday cheese from the Chania region: it resembles yogurt in texture and has a slightly sharp taste. It can be made from sheep’s milk or a mix of sheep and goat. When it is fresh, it has a moisture content of 65%, when dry its fat levels are 50%, protein 16-20% and salt 1%. It is best eaten by itself or cooked in pies (bougatsa a la Chania).

A solid and compact cheese, of a darker yellow colour, produced in many parts of Greece from sheep’s milk or a mix of sheep and goat. Its moisture is low at 38%, with only 40% fat and plenty of salt. The flavour is salty, strong – even piquant, and somewhat fatty. Perfect for grating onto pasta dishes.

This is a curd, the first step in making a graviera type cheese. Malleable, well-mixed – and excellent for pies. Especially the Chania tarte – with its filling of cheeses, lamb-meat and spearmint.

A Greek cheese found in many areas of the country, produced from the whey of any other cheese. Fresh milk is added to the whey and the whole mixture is then reheated in a pot, producing a soft and fresh cheese with a neutral note. Fresh, it is high in fat and so should be eaten in moderation, if dieting. It is also full of moisture, up to 70%; even dry it contains 50% fat. When used in baking, it is an excellent filling for small sweet pies. It is an excellent companion to fresh fruit and works equally well as an appetizer or as a dessert with a dribble of honey. 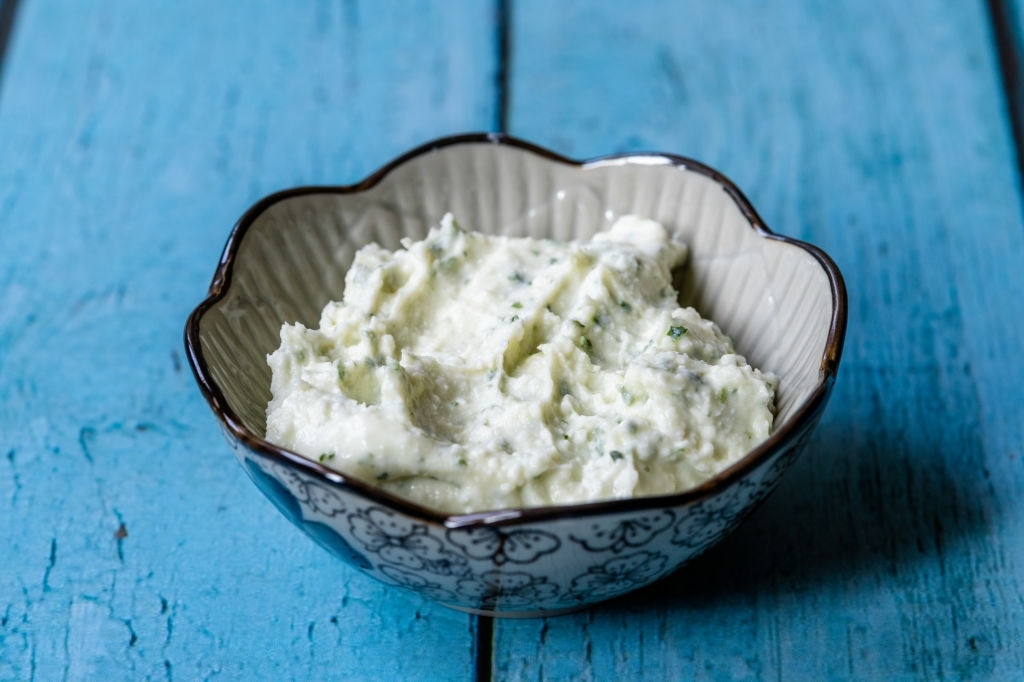 A creamy textured cheese only found in Eastern Crete. Its taste resembles that of xinomizithra and Pichtogalo Chanion: rich, slightly sharp and fresh.

Xinomizithra is an exclusively Cretan product. To make, whey is mixed with fresh milk (a mix of sheep and goat) and left for 24 hours in a naturally warm environment to sour or ‘turn’. It has 50% moisture, only 23% fat, 15% protein and 2% salt. Most suitable for pies – and dieting.

Staka is somewhere between cheese and yogurt – a rather different dairy product. When freshly drawn, the top of the milk is collected and lightly salted. When enough of this layer has been collected, it is warmed over low heat for several hours – a little flour is also added which separates out the protein from the fat content. The fat is skimmed off and kept separate: this is the famed stakovoutiro and can be treated just like butter. The thick mass of protein that remains is the proper staka. You can use it to cook eggs, add on spaghetti, Cretan pilaf – or in pies.

A traditional cheese from sheep and goat milk that is seldom found in the market nowadays. If you want to get your hands on some fresh tirozouli, it is best to make friends with a shepherd. Tirozouli is boiled, coagulated by adding an acid/vinegar – or the juice of figs instead of rennet. It is lightly salted, or not at all, with a malleable consistency.