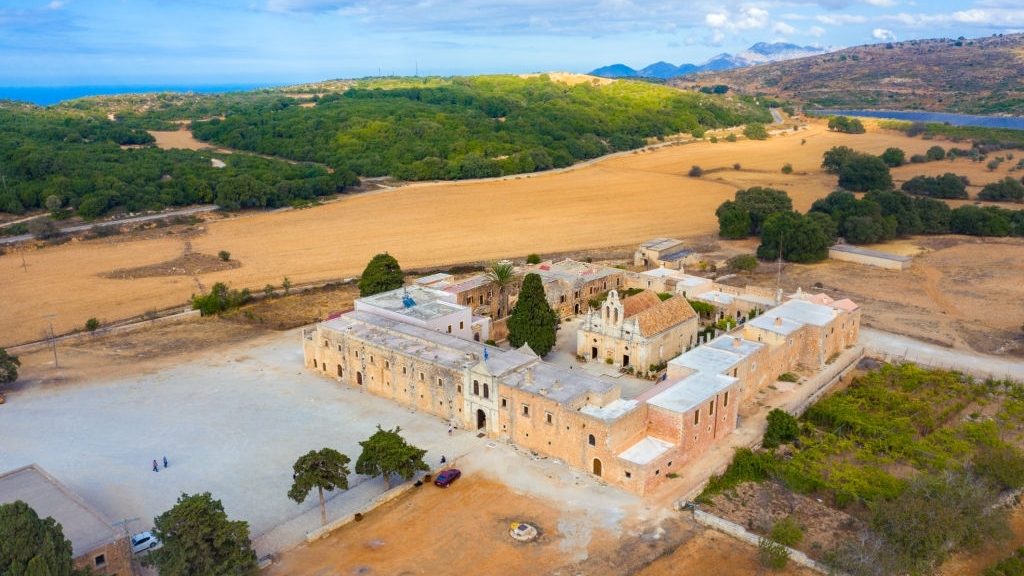 The ruins of ancient Lyttos or Lyktos are located near the village of Xidas, in the municipality of Kastelli Pediadas. It was one of the oldest, most important and powerful cities of Crete, and a rival of Knossos, with which it was often at war.

It was built at the foot of Mount Dikti, the sacred mountain of the Cretans. According to Greek mythology, the parents of the goddess Rhea sent their daughter to give birth in Lyttos, to protect her from the wrath of Kronos. The city was named after its founder, Lyktos, a son of Lycaon.

It was possibly the oldest Dorian settlement of Crete, founded by Dorians from Sparta and local Minoans, around 1000 BC. However, the conditions under which it was first established and how it managed to become such a powerful city are not yet known. It is believed that Lyktos was a colony of Sparta, and Lyktos locals were considered the most powerful and brave among the Cretans.

According to a more contemporary opinion, the city was founded by residents of the Minoan centre at Malia, which possibly had the name Lyktos in ancient times. The presence of blood sacrifice rituals also indicates that the city existed well before the Dorian conquest. We also know that Lyktos took part in the Trojan War; its troops were led by Koiranos, who had Mirionis as his charioteer. According to the Iliad, Koiranos saved king Idomeneus from a spear thrown by Hector, thus sacrificing himself.

Lyttos was built amphitheatrically, like many Cretan villages, at a naturally secure location, 650 metres up the western foothills of Mount Dikti. Because of this, it did not need any fortifications. The city stood on top of a hill, where the ruins of several windmills and a chapel of Stavros (= the Cross) can be seen today. Even though Lyktos was founded in Prehistory it didn’t prosper during these years. It was a dominating power throughout eastern Crete, over the current areas of Pediada, Chersonissos, Lassithi, Mirabello, and Viannos. Milatos (located on the seashore near Malia) and Hersonissos belonged to Lyktos and were the two main ports. Lyktos was frequently at war with Knossos because it continuously challenged its supremacy among the Cretan cities. It was eventually destroyed by the Knossians in 220 BC, during the so-called Lyttian War, and was left in ruin for several years. 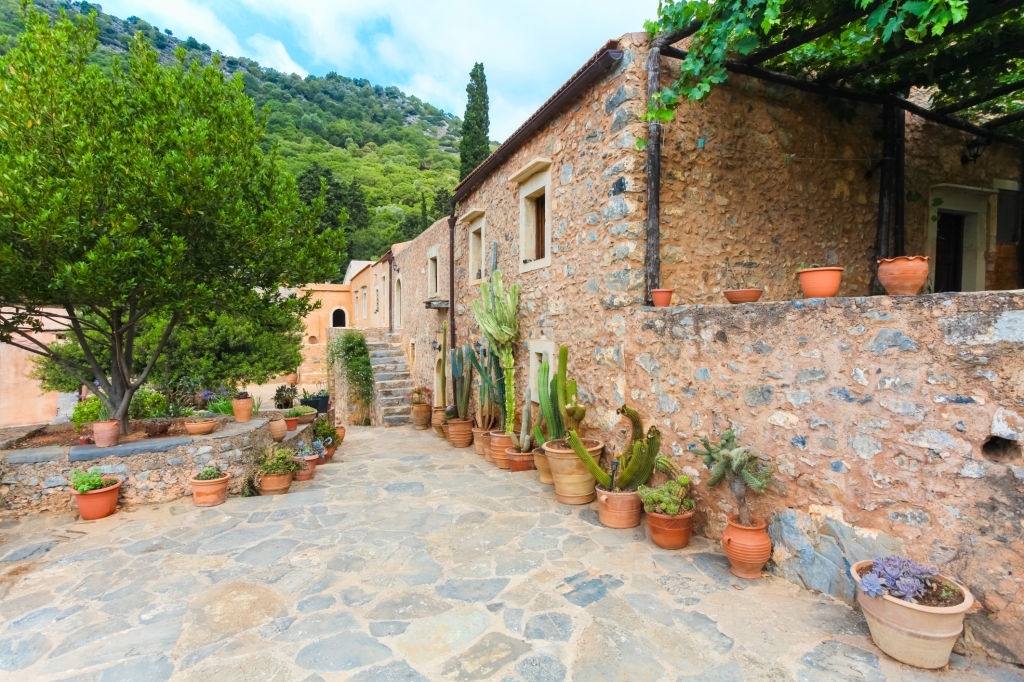 According to the records, the Lyttians made a fatal mistake at some point. While at war with Hierapytna, they set off to fight and left their city essentially unprotected, with only a small army to defend it. Unfortunately, the Knossians heard about it and marched against Lyktos straight away. Lyktos fell effortlessly and with little resistance and was subsequently burned to the ground. Afterwards, the Knossians captured the Lyttian women and children and took them back to Knossos. When the men returned, they faced utter destruction; so disheartened were they in front of such a dreadful sight, that they could not muster the courage to rebuild their city. The surviving men headed to Lappa where they were welcomed warmly. Lyktos was reconstructed later, with the help of Sparta. It never recovered its former power but managed to become an important Cretan city nevertheless.

During the Roman era, it flaunted large public buildings and enjoyed a new period of prosperity and growth. The statues of the Roman Emperors Marcus Aurelius and Trajan which can be seen today in the Archaeological Museum of Heraklion were discovered there. In 450 BC Lyktos minted coins depicting an open-winged eagle (the bird of Zeus) and the head of a wild boar. The festival of Periblemaia was also organised there; it was connected to the institution of “ephebeia”, just like Ecdysia in Phaistos. These initiation festivals marked the transition of young men (epheboi) from children to citizens and warriors, by ritually discarding the garments of youth and receiving those of the citizen.

The retaining walls that form the three terraces on which the city was built, and the walls of the citadel, built in the 7th century BC, can be seen in the archaeological site today as well as the ruins of buildings from the Roman period. 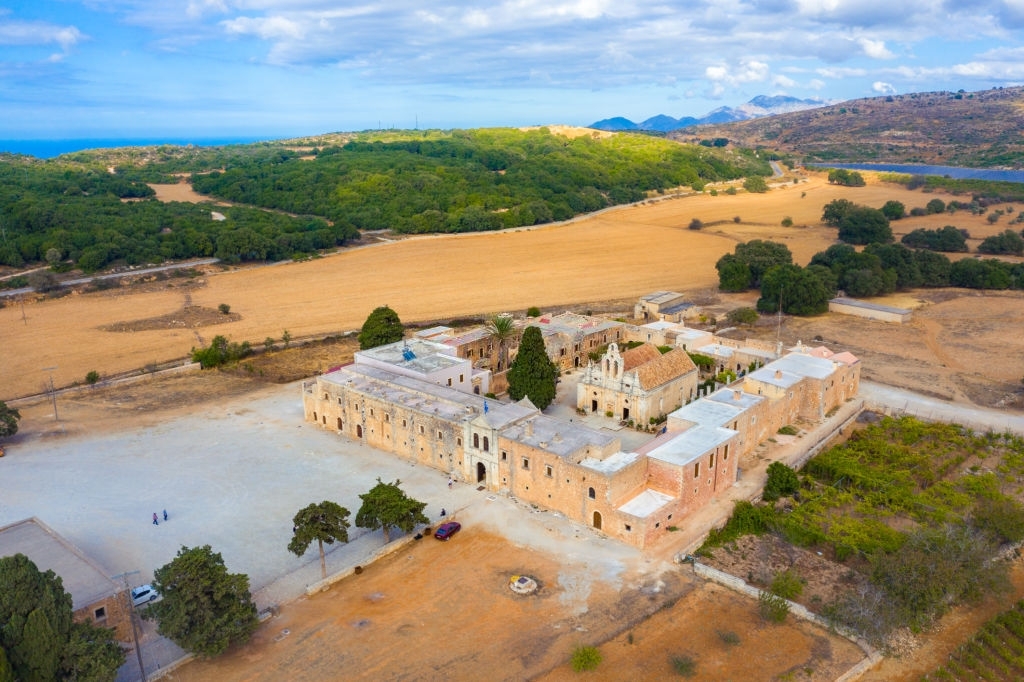 The Vouleuterion (a building that housed the council of citizens) was the most noteworthy construction unearthed here. It was founded in the years of Hadrian and is mentioned in numerous inscriptions. Its end came in 365 AD when it was destroyed by an earthquake. The largest room had four rows of seats, a floor paved with marble slabs and a marble cladding in the lower part of its walls. Another monumental public construction, parts of which survive today in several places, is the aqueduct of the city; a truly impressive engineering project built in the years of Emperor Hadrian (2nd century AD). The chapels of Saint George (Agios Georgios) and the Holy Cross (Timios Stavros) are also present today in the site of the ancient city.