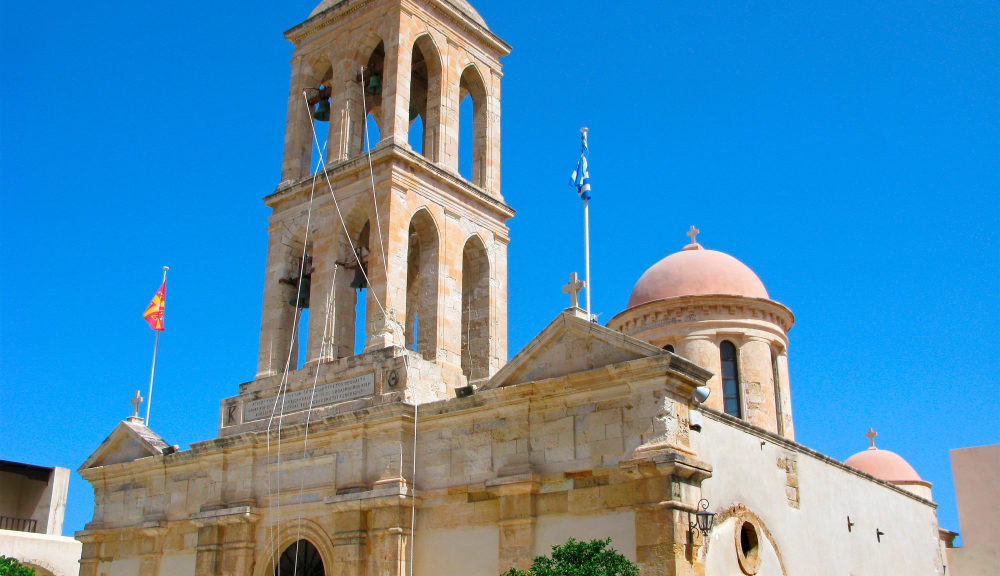 A visit to the Monastery of Panagia Odigitria, or Moni Gonias, as it is locally known, on the southeast flank of the Rhodope Cape, should include a soothing swim at the beach in front of the monastery or one of the small coves nearby. The monastery started being built in 1618 and was completed in 1634, just in time for the Ottoman Occupation that began in 1645. Just like most other Orthodox Christian monasteries on the island, it suffered greatly and was used by rebels to hide ammunition. 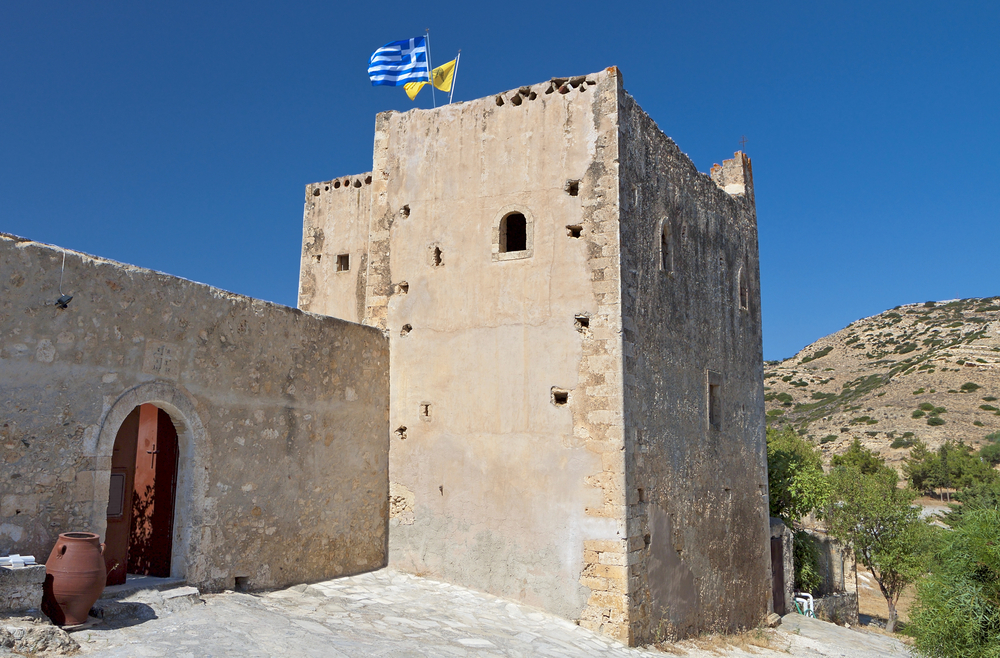 The beach in front of the monastery, similar to the many coves around the area, has small pebbles and crystal-clear waters. It is most suited to diving and snorkelling, however, adventurous swimmers will also find the experience worthwhile. Although it is not that far from the busy and much more popular zone that spans Kolymbari to Chrisi Akti, it is like being in a different place altogether. Because of the monastery, nudism is forbidden, however, unsupervised camping is allowed. This is also where the Orthodox Academy of Crete is located. Driving west from Chania, you will pass through Maleme, the World War II German Military Cemetery, and the cosmopolitan settlements of Platanias, Agia Marina and Agioi Apostoloi.

Moving north, on the tip of the eastern side of the cape, we find Menies, a remote part of Crete island that is seldom visited by tourists. Between the sheltered bays, two quiet beaches – Diktenna and Agios Georgios await. The area is 45 km from Chania and the path, after the village of Rodopos, is mostly on dirt roads. Another option is to continue driving west towards Kissamos or Kasteli.

You will hear both the names “Kissamos” and “Kasteli” to describe the town. These were both ancient sites in the region but Kissamos was added to the name “Kastelli” to differentiate from another Kastelli close to Heraklion. Kissamos attracts visitors for the ferry connection to Balos Lagoon and the island of Gramvousa on the northwestern tip of the island. Falassarna is another majestic beach located near Kissamos that is popular with windsurfers and water sport enthusiasts.