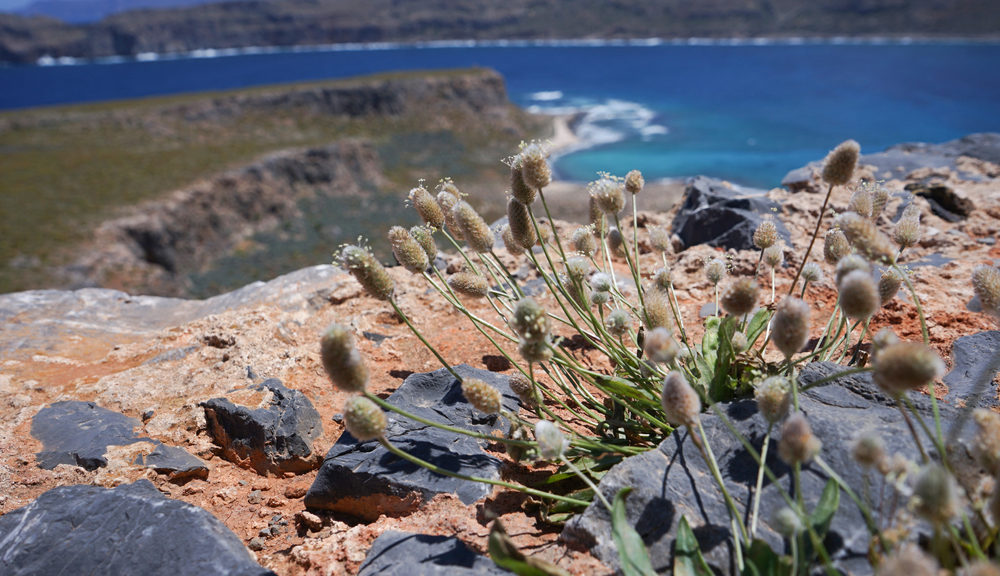 The flora of Crete is of particular interest to researchers, influenced as it has by the climate and the lay of the land. Of the 2,108 plants that grow on the island, 302 are endemics, meaning they are not found anywhere else in the world.

In the rural and agricultural landscape, vineyards, olive groves and orange orchards dominate, whilst on the hills, scrubland prevails – mainly phrygana (open shrubland with dwarf-plants, often spiny) and aromatic herbs, as well as the endemic plants and flowers, some of which are endangered. Forest ecosystems are rarer and mainly exist on the mountains. On the south flanks of Dicte, of Psiloritis, the Asterousia and White Mountains we can still find trees of the once expansive pine forests that existed here. In the central massifs, forests of oak (Quercus coccifera) and holm oak (Quercus ilex) once dominated the scenery. In some places, we also find forests of deciduous oak (Quercus macrolepis), and also small populations of the Theophrastus palm, most notably in Vai (also Preveli Lake, Agios Nikitas etc). Orchids are prolific. But above all, Crete is a paradise for aromatic herbs, found generally growing on the steep gorge sides. 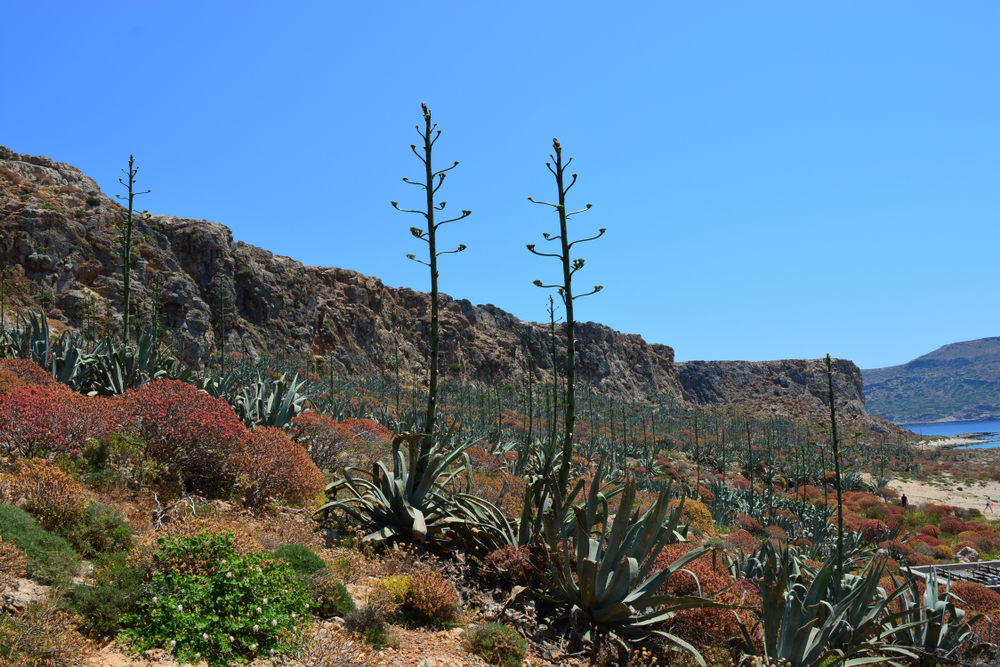 The geomorphology and the diversity of the resultant landscape have also contributed significantly to the emergence and evolution of the fauna. This is highly evident in the mountains and gorges where the climate and weather conditions are ideal and human presence is very limited. Endemics are to be found in all species present: mammals, rodents, amphibians, reptiles – vertebrates and invertebrates. No significant predators are present either, such as wolves or jackals. The nearest is the Wildcat (Felix silvestris cretensis) that wanders in the Psiloritis area according to witness reports amongst the herders. It often feeds on young lambs and has been known to attack kids if nearing starvation, but its population is so small that it poses no threat.

The numerous caves found on the island are also an extremely vulnerable ecosystem. Apart from sundry vertebrates and invertebrates, the caves are home to a significant variety of bats. The mountainous areas and the gorges are of remarkable ornithological interest, due to their substantial populations and the variety of birds of prey that breed within their borders. Along the length and breadth of Crete, significant habitats exist for these winged predators to live and breed in. The Bearded vulture (Gypaetus barbatus), the Tawny vulture (Gyps fulvus), the Golden eagle (Aquila chrysaetos), Bonelli’s eagle (Hieraaetos fasciatus) and the Peregrine falcon (Falco peregrinus) are just some of these magnificent predators that survive here. The mountains and gorges are also used for the breeding populations of the Insular partridge (Alectoris chukar) and the Red-billed chough (Pyrrhocorax pyrrhocorax). In east Crete, we find the world’s largest colony of Eleonora’s falcon (Falco de Eleonora). The National Park at Samaria is one of the richest ecosystems in Crete – both for its flora and fauna. The most important species found here is the Cretan goat (agrimi or kri-kri) which resides only in this gorge.