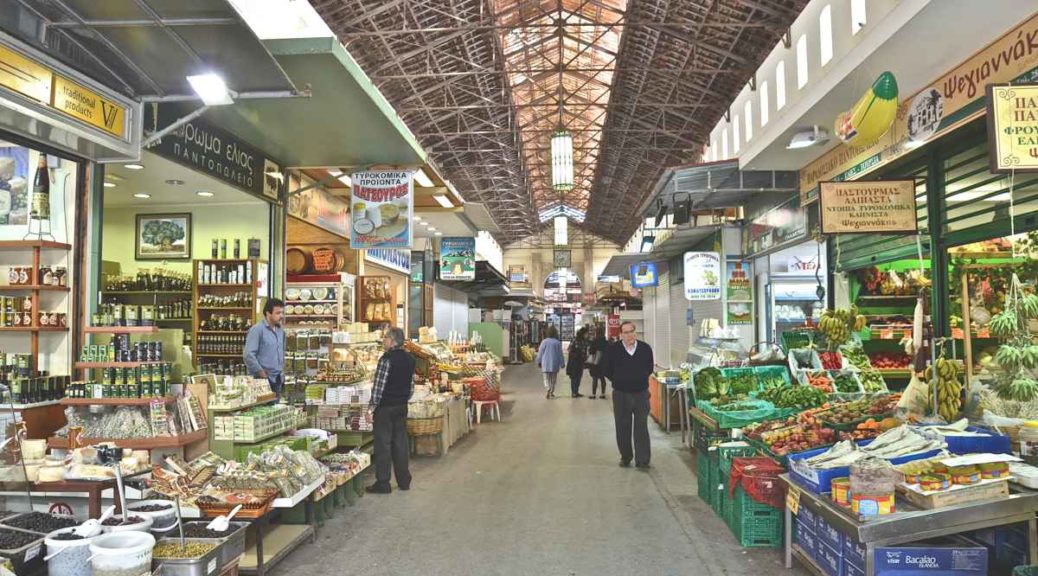 The Municipal Market of Chania is a particularly lively spot, full of colours, scents and constant movement, that in addition to being a popular tourist attraction is still used by locals.

It is also one of the most important institutions created by the Cretan State; its construction began in 1911 and was finished in 1913, so that Eleftherios Venizelos would inaugurate it himself, barely three days after the ceremony for the Union of Crete with the rest of Greece. An unofficial open market already existed in the area, where makeshift butchers’ and fishmongers’ stalls, as well as fruit and vegetable stalls, operated. Then, the Municipal Authority decided to create a Municipal Market at the same location, which would house the already existing shops, so that the market could function in a more organized manner, and the area would be enhanced. However, this required the demolition of part of the Venetian walls and the Piatta Forma bastion, as well as the embankment of the moat and the expropriation of the surrounding area.

The building of the Municipal Market was listed as a preserved monument by the Hellenic Ministry of Culture, in 1980. It has a cruciform plan and it reminds one of the “Cast-iron architecture” buildings of the late 19th century. The architecture is typical of the Industrial Revolution era and its designs were modeled after the market in Marseille. It accommodates 76 shops, which at the beginning of its operation were to be found as follows: the eastern and the western section of the market were occupied by the butchers’ shops; at the western end one could find the fishmongers’ shops; at the northern and southern areas, the fruit and vegetable shops. In addition to its initial role as a marketplace, it has been a part of Cretan history in many other ways. Just before the Battle of Crete, an anti-aircraft shelter was made at its south-eastern side, while later, during the German Occupation, the conquerors used it for the needs of their army. Today, it is a lively spot in the heart of the city, where one can buy food, souvenirs, traditional products and folk art items.