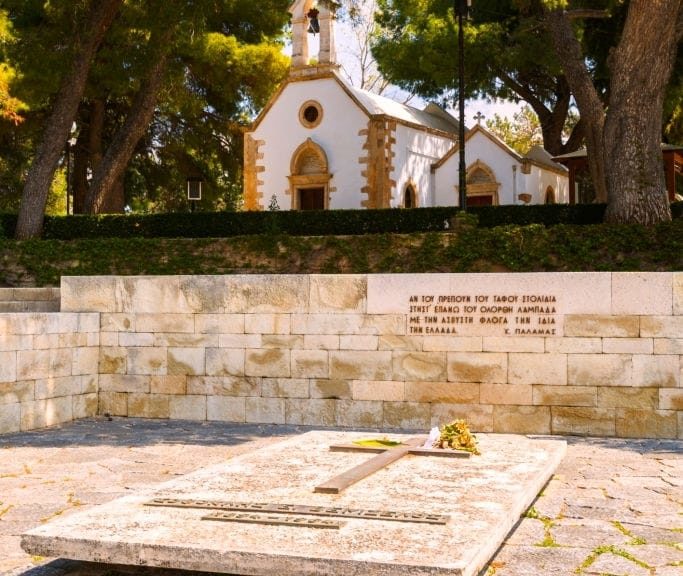 Next to the graves, you will find the beautiful church of Profitis Ilias, a temple built during the Venetian rule and starring in a historical event of the city of Chania. On this hill, in 1897, operated the Revolutionary Camp of the Cretans, active during the last Cretan revolution. On February 9, after a skirmish between Christians and Turks, the flagships of the Great Powers outside the port of Chania began bombing the hill. The bombing damaged the temple of the chapel of Profitis Ilias and the Tsar of Russia, wanting to “appease” the prophet, undertook the costs of repairing it. Here is also the statue of the hoplite Spyros Kayaledakis who during the bombing held the Greek flag using his body after the mast was destroyed. His brave actions were witnessed by the admirals of the Great Powers and they ordered the bombing to stop. Vice Admiral Canevaro wrote in his memoirs: “The raising of the flag in this heroic manner was a moment in my life which I will never forget.” 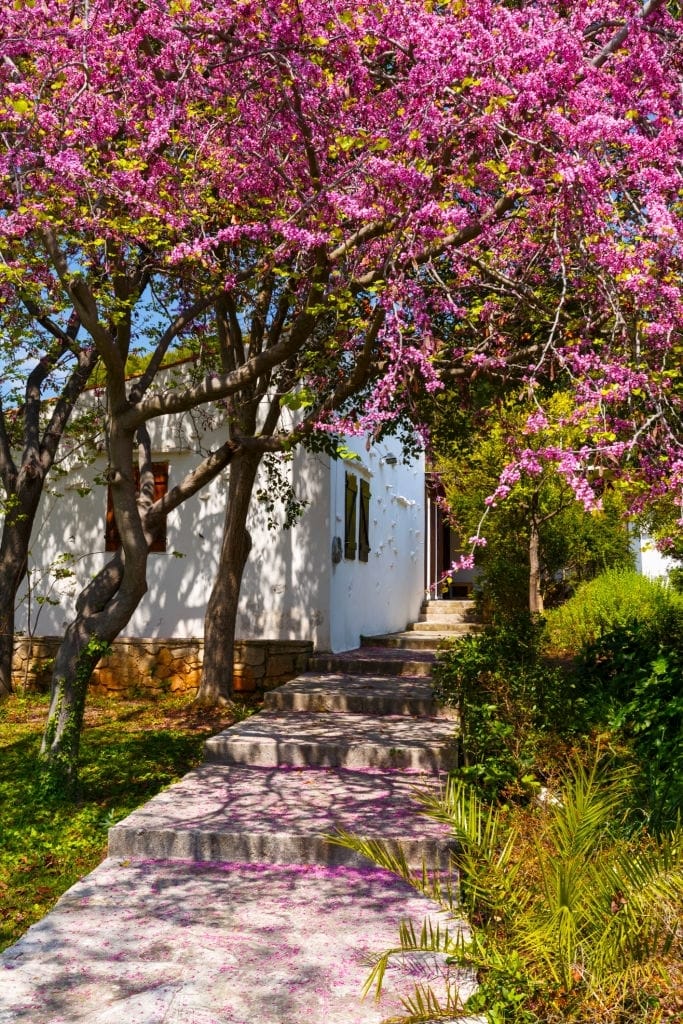 It is worth stopping to read the inscription of the funeral in the tomb of El. Venizelou, whom he addressed in Parliament four years before his death:

“The deceased in question was a real man, with great courage, with confidence both for himself and for the people he was called to rule. We may have made many mistakes, but he never lost his courage. He was never a fatalist because he never expected from his destiny to see his country advanced, but he put in its service all the fire that was inside him, every mental and physical force.” The area with the gardens, the view and the chapel are a great spot to sit and relax for a few hours. Some excellent cafes also operate nearby for refreshments.