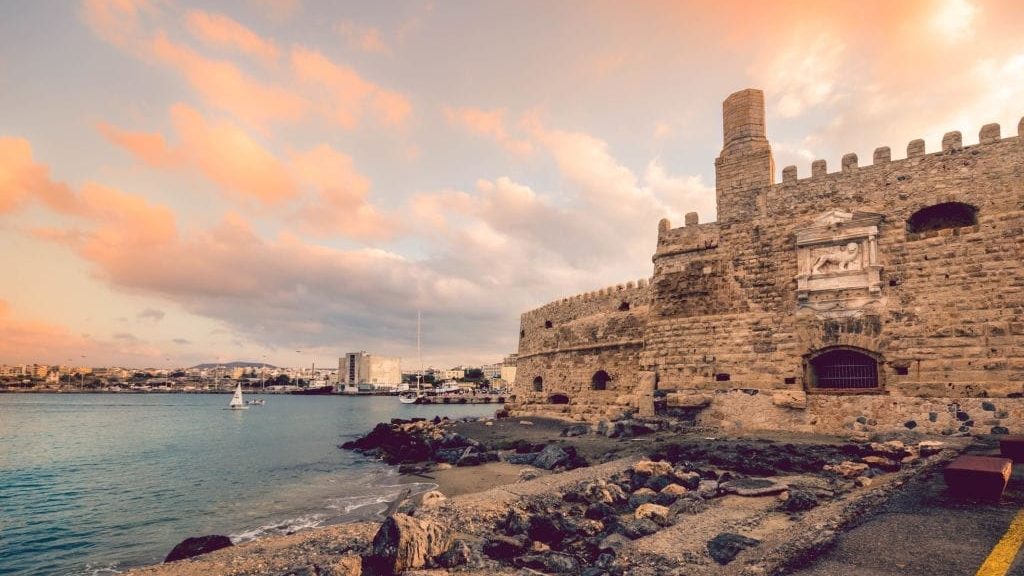 However, the emerging threat of the Turks forced Venice to fortify the capital of Regno di Candia in the most modern and effective way at the time. The form of fortifications we see today is based on drawings by chief engineer M. Sanmicheli and were built in the period between 1462-1560 approximately.

The main wall was 3 km long and had four gates and seven bastions surrounded by a large moat, on the outside of which there were bastions which are not preserved today. 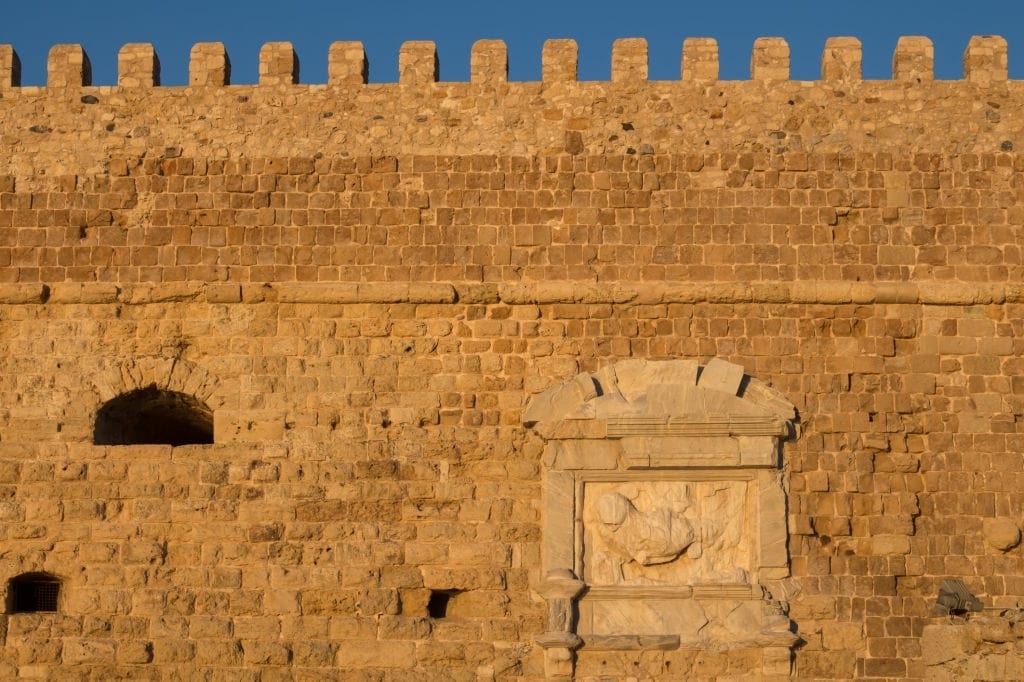 The fortifications of Heraklion are considered, both in terms of their size but also their aesthetics and functional perfection, as some of the most important in the Eastern Mediterranean.

East of the place where we find the central square of the city today, Eleftherias Square, was the “Gate of Agios Georgios“. To the south was the “Gate of Jesus“. In addition to these main gates, three more gates facilitated the communication of the city with the sea. The one to the west was the “Gate of St. Andrew” which took its name from the homonymous bastion; this was the weakest point of the defense of the walls and from where the Turks entered the city in 1669.

The second gate to the east was called “Gate of the Beach” because it led to the beach located east of the city. The third in the north is the “Leather Gate“, located west of the Historical Museum of Heraklion which is worth visiting for a better idea of Cretan history. 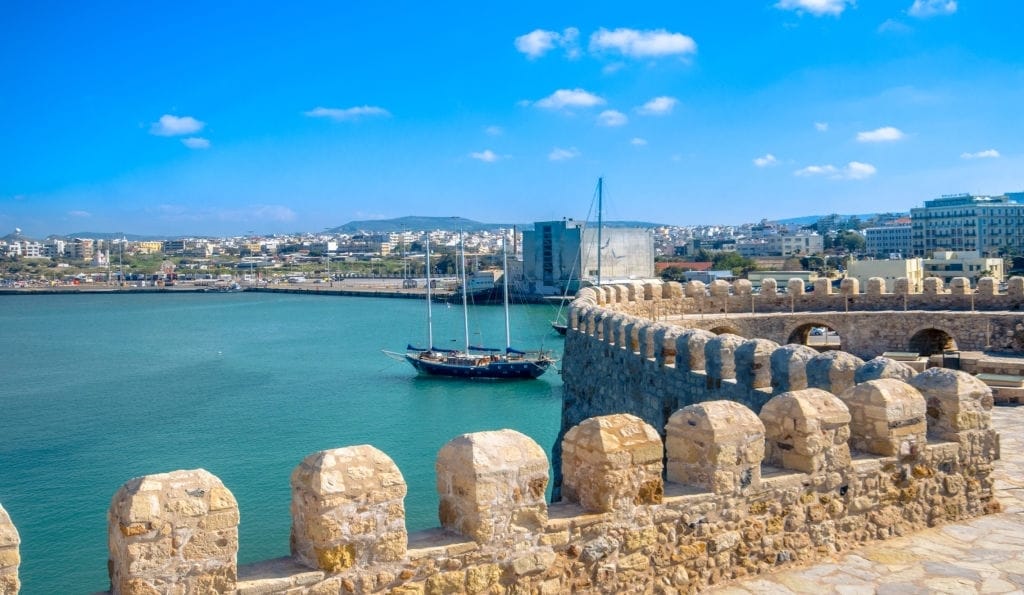