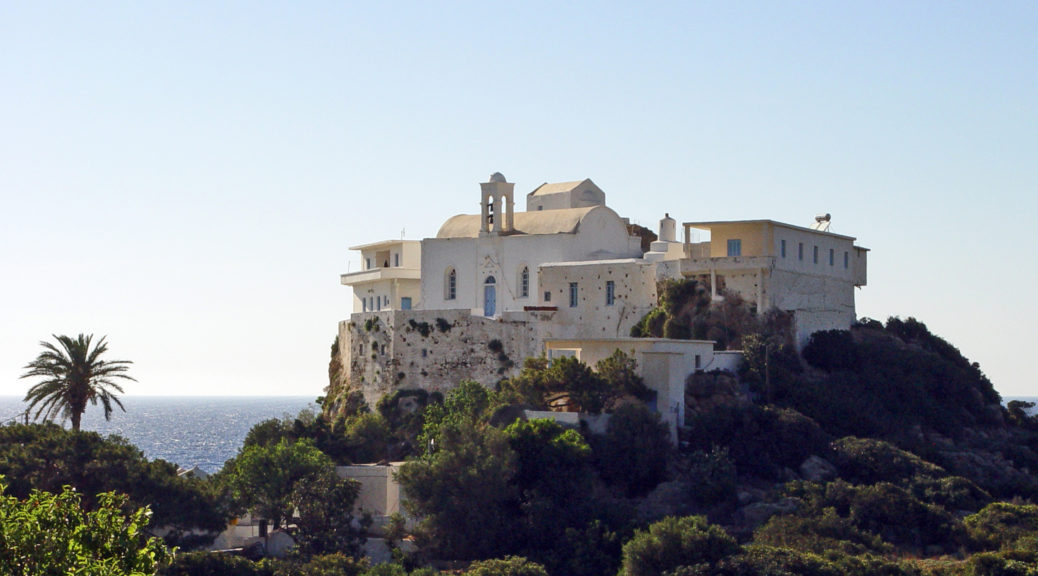 The Monastery of Chrysoskalitissa is built on a rock at the south-west end of Crete. The church of the monastery is dedicated to Mother Mary and the Holy Trinity and its feast is held on August 15, one of the most important Greek holidays. (often referred to as Dekapentavgoustos).

The Monastery was built during Venetian rule on the site of St. Nicholas monastery but the exact date is not known. According to tradition, it took its name from a golden step, the final of the original ninety-eight that led to it when it was first built. Some say the golden step is still there, but only visible to true believers; another story states the golden step was sold. Before the Monastery of Chrysoskalitissa was built, there was another church of the Dormition of Mother Mary. The church seen today started being built before 1894.

In 1900, the Monastery was dissolved along with other ones on the island and was re-established as a convent in 1940. After the Nazi occupation of Crete, several resistance fighters were given refuge here and this is why German soldiers came to live at the premises in 1943. When the Nazi forces left, the monks returned to the monastery. The distance from Chania is 72 km and the drive there is beautiful, characterized by stunning vistas of the sea and mountains that frame the scenery. Nowadays, the monastery operates as a nunnery.

A section of the E4 European long-distance trail crosses near the area, starting in the ancient settlement of Polyrrinia and moving south towards the coastal village of Sfinari and then Kefali. From the monastery the beach of Elafonisi, arguably one of the most well known on the island, is less than 6 km away. You can also walk to Elafonisi and even carry on towards Kedrodasos beach.