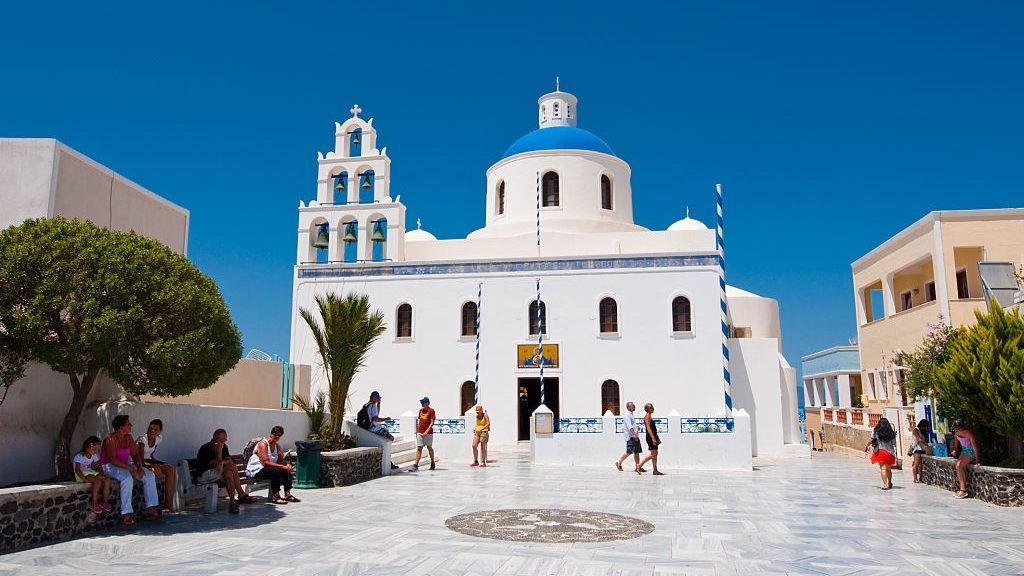 The monastery of Agia Irini of Krousonas is located at an altitude of 630 m south of Krousonas, at the foot of Mount Psiloritis. It was one of the richest monasteries during the first years of Ottoman rule. The road leading to the monastery connects the village with the nearby Special Children Center of  Saint Spiridon.

The date of establishment is not known, however, it is mentioned in documents going back to the 16 century. The documents also state that the monastery, during the Venetian period, belonged to the Mudazzo family. There is also evidence that a school operated in the monastery of Agia Irini. Around the time of the 1821 revolution, the monks were killed by the Ottomans. The site started to be rebuilt in 1940 and the monks returned in 1944. Its katholikon is a two-aisled basilica dedicated to Saint Irene and the Assumption of the Virgin Mary. Today it operates as a nunnery. Visitors keen to make the drive to the Monastery of Agia Irini will be rewarded by stunning views over the area. The monastery is situated on eastern foothills of Mount Psiloritis, offering the chance for a plethora of excursions nearby. Also in the area of the monastery, there is a shop where you can get various religious souvenirs.

The nearby villages of Ano and Kato Asites are very popular with day visitors wishing to explore the area. From Ano Asites, you can also hike the small but magnificent gorge of Agios Antonios; it is about 2 km long and the hike can be completed in just a few hours. The trail is suitable for children. The whole area around the gorge is of particular natural beauty. The E4 European long-distance path runs along the route and there are multiple hiking trails to discover if you so wish. Outside the village of Kato Asites, we find the winery of Diamantakis, in an area with a long history in viticulture and wine production. The winery has 95 privately owned acres in which local, Greek and international grape varieties are grown. Do not miss the chance to tour the winery and grab a few bottles of local Cretan wine.