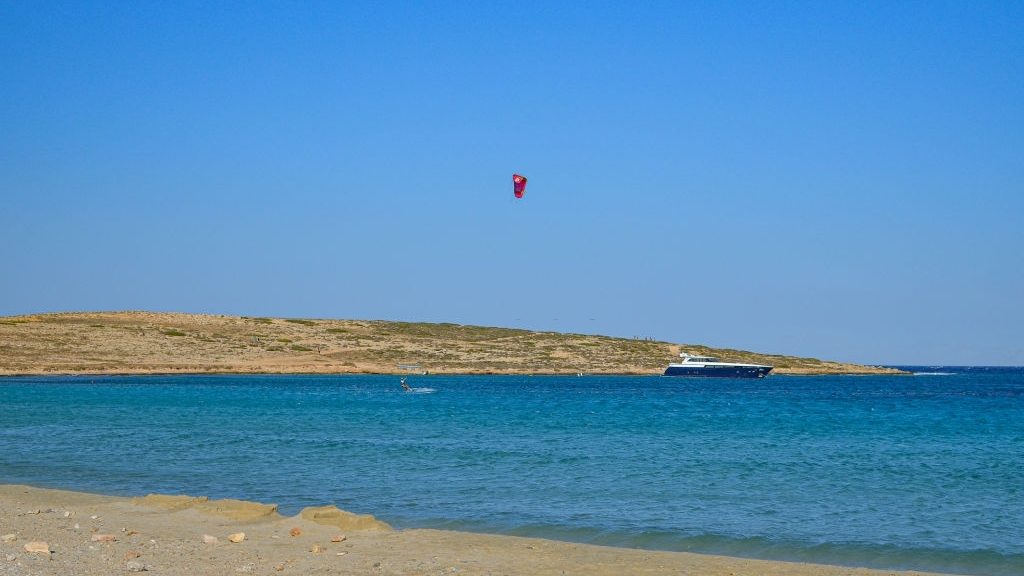 Kapsa Beach has taken its name from the nearby monastery. It is built high on a hill, overlooking the water below, very close to the entrance of the Gorge of Pervolakia. It is an impressive spot, fronting the Libyan Sea and the islet of Koufonisi to the east. A dependency of Moni Toplou found further north next to Vai, its main church was dedicated to Agios Ioannis Prodromos (St John the Baptist). Its date of foundation is not known – but according to prevailing opinion it was sometime in the 15th century AD. It was often attacked by pirates until it was abandoned. Other theories have the monastery built earlier during the 14th or even 13th century AD. On the 29th August, which is the feast day of the saint and a time of celebration for the monastery, a traditional “panigyri” takes place. Some make the journey on foot, as a sign of faith and this quiet spot is at once transformed.

The beach in front of the monastery is quiet and has soft pebbles, the characteristic blue waters found in southern Crete, and plenty of tamarisks. It is not organized and there are no amenities here or anywhere nearby so it is best to come prepared. This makes it a perfect place for peace and relaxation. You will find, however, a few tavernas towards the west, in the village of Kalo Nero. Because of the presence of the monastery, nudism is forbidden on the beach. On the other hand, the beach is ideal for unsupervised camping, as long as you don’t disturb the monks. Nature lovers may also want to give Pervolakia Gorge a try; a challenging hike and the natural habitat of various animals including vultures and takes about 2 hours. Between Makrigialos and Goudouras are the beaches of Kalami, Limani tou Theodorou and Votsalaki. The road from Ierapetra follows the coastal path, and takes approximately 1 hour. The same is true if you are reaching the area from Sitia, with various charming villages and monasteries on the way that you can stop to admire. Another one of the best gorges in the area for those that love active holidays is the Gorge of Pefki.