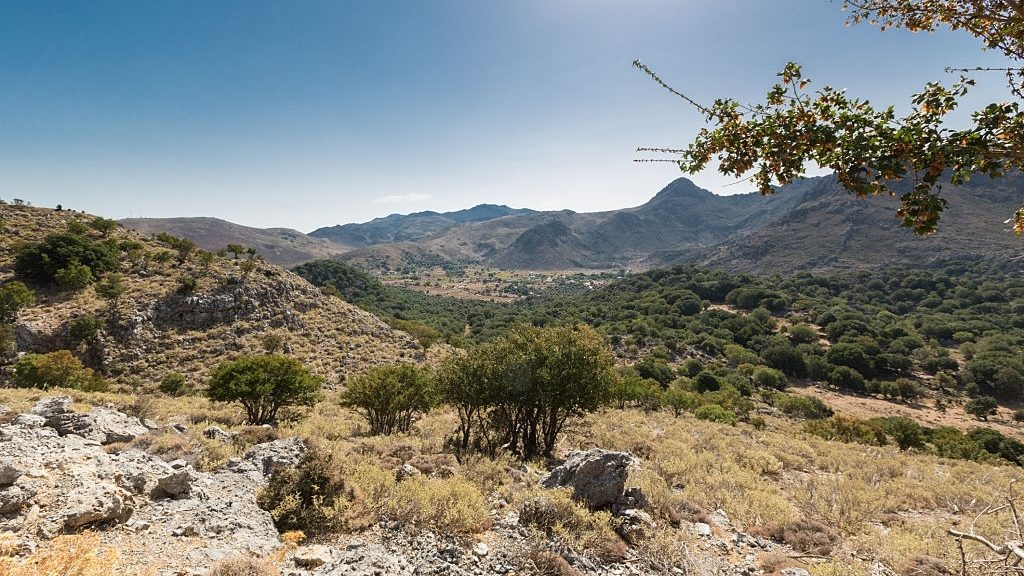 Its history, like that of the village, is great – and particularly blood-soaked. The name comes from Manouses Kallikratis, admiral and leader of the Cretan defenders of Constantinople in 1453. The village played a significant role in the struggles for liberty, providing important fighters – as is recorded in many rizitika (Cretan warlike songs). The plain also holds a strategic position for all would-be conquerors, being one of the three main entrances into Sfakia.

As a matter of fact, in the 1867 Revolt, the Turkish forces invaded Sfakia, through this plateau, and before then, in 1770 and 1821, the village had already been twice razed by the Turks. The Germans in 1943 treated it to the same fate, plundering and executing over 30 people as a punishment for partisan activities. Now only a few people live there permanently, making a living from their livestock. But in the summer it becomes livelier – especially in early spring which is typically the time of year for sheep-shearing.

Access is now via Asi Gonia, Myriokephalo, the Askyfou plain or from Frangokastello, which is possibly the worst of all the options. Southwest of the plain is the Kallikratis gorge which leads to the village of Patsianos, a 4 km walk down a pathway. The E4 European long-distance path also has a route that starts in the village of Kallikratis and moves north towards Argiroupoli. While a relatively long route (approximately 16 km) most of it is on dirt and paved roads. It is all worth it though, to reach Argiroupoli, where the refreshing springs, small waterfalls and plane trees offer a relaxing atmosphere to rest and eat. You may also wish to follow the route travelling south towards the Libyan Sea and the village of Patsianos. In this route, you will cross through the gorge of Kallikratis and be awarded beautiful views of the South Cretan Sea and the charming coastal town of Frangokastello. From here, some of the most beautiful beaches of southern Crete can be explored at your leisure.