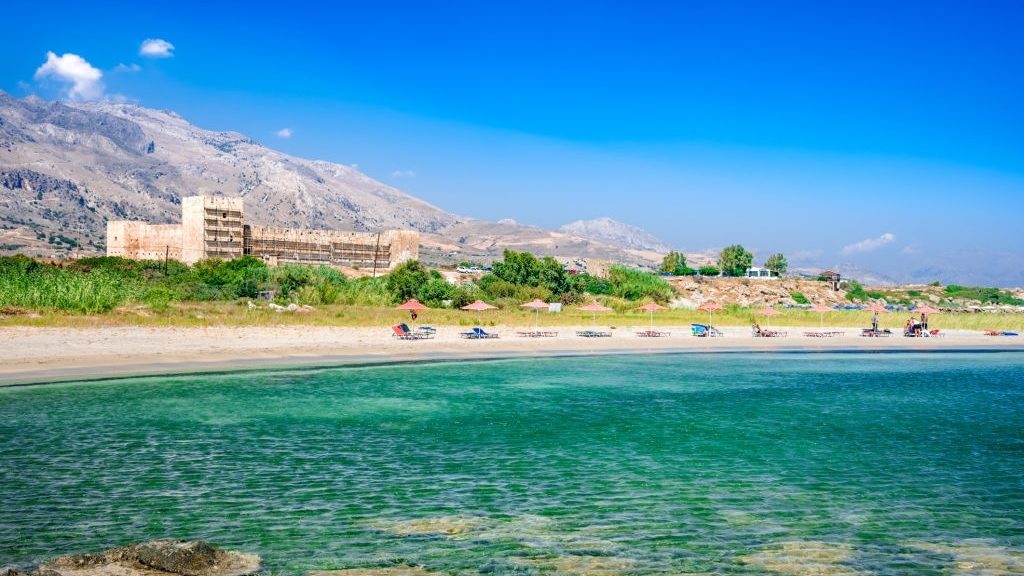 The area of Frangokastello was named after the fortress built there by the Venetians in 1371, to control the area. It is believed that building materials from an ancient city of the region were used for the construction.

Near the fortress, there are the ruins of a monastery and the church of Saint Nicetas (Agios Nikitas), that celebrates on September 15th. The Venetians had originally named the castle after the church of Saint Nikitas, however, the local and somewhat contemptuous name “Castle of the Franks” remained. In days past, massive festivities were held on that day, during which ancient customs were revived, with armed dances and athletic events. It was here that Daskalogiannis, a Greek fighter, surrendered to the Turks in 1770, and was then taken to Heraklion, where he was flayed alive. In 1828, the towers of the castle were destroyed by the Turks, after a bloody battle with the area’s chieftains, who had barricaded themselves inside.

The distance from Rethymno is about an hour (60 km) and will take you through the beautiful village of Argiroupoli and its water springs. You can also reach Frangokastello following the E4 European long-distance path that crosses through the area. One of the routes starts in the nearby village of Patsianos, only 3km away, and then continues until the villages of Ano and Kato Rodakino (meaning peach). A more scenic route starts in Chora Sfakion to the west and follows the path towards Frangokastello. Another popular hike in the area is the gorge of Imbros that starts on Askifou plateau and exits near the village of Komitades. It is a relatively easy and pleasant hike that is accessible all year round and takes approximately 3 hours to complete.

Frangokastello is steadily growing in popularity as a holiday destination, bringing with it visitors from all around the world. You can dine and relax in one of the seaside tavernas while looking out towards the Libyan Sea, at Frangokastello beach, with its golden sand and the Venetian fortress framing the scene. The southern coast of Crete is a true paradise for nature and beach lovers.