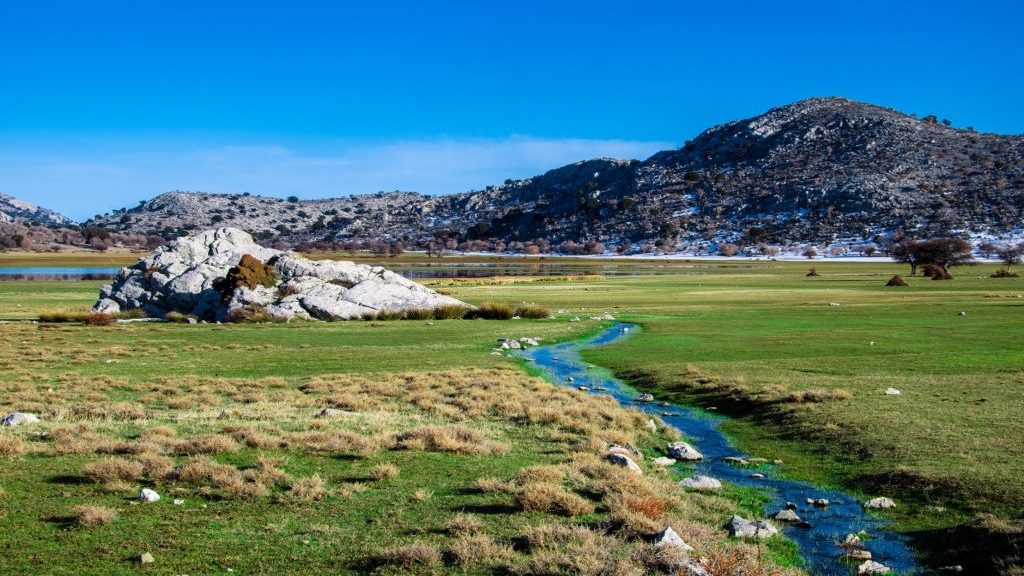 The Omalos Plateau of Viannos is located at the south-east Dikti range around a cluster of enclosed basin-like plains and is the largest of the lot.

During the winter, the impermeable rock-strata underlying it help create a small lake at its centre, which gradually drains away by the summertime. The scenery is exceptional all-year-round, constantly shifting and changing, from snow-covered to lushly green and flower-strewn, and from barren to alpine with its small lake. On the west side, we find the small chapel of Aghiou Pneumatos (Holy Spirit); Inside is a water spring which the shepherds use. The chapel was built in the last years of the Ottoman rule and it was here the locals fleeing Turkish atrocities took refuge. It was also the base of the rebel forces, from where the resistance operated. 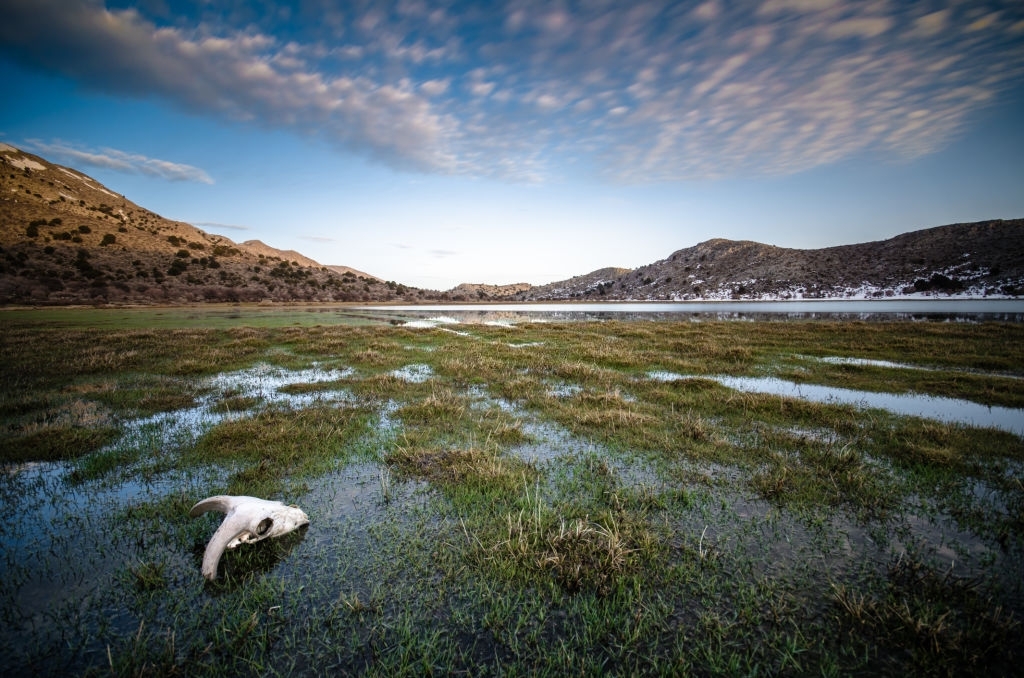 Legend has it that the yard and the church are full of Agiokonstantinata that “… are not visible to the eye; only at the reading of the Gospel, each time there is a service, they seek from the congregation the one and the only person there who is the most faithful, just and good”. This story which has to do with wood from the Holy Cross is found in many parts of Crete and has served at various times as a sort of morality tale. It involves coins of Byzantine origin which depict the Saints Constantine and Helen flanking the Cross. It is said that the coins were minted by Aghios Constantinos himself. When Agia Eleni found the Cross, she had it cut in two – one part remained, the other went to Constantinople. The sawdust that fell on the ground was collected, mixed with precious metals and made into the Konstantinata, which acted as talismans.

Lucky visitors may meet the Stavrakakis brothers, local herders on the plateau of Omalos. In the springtime, you may even get to try some of their local delicious cheese and other products.