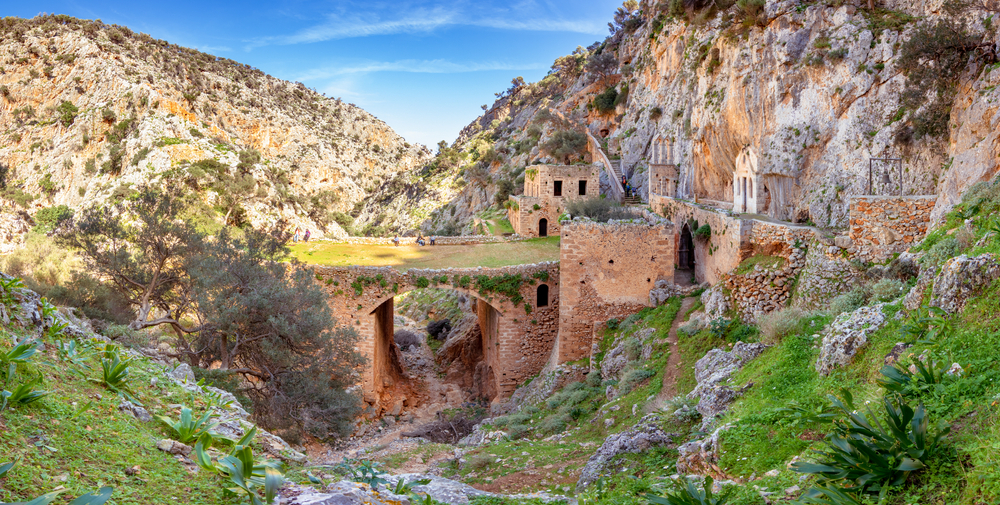 The gorge of Katholiko, also known as To Avlaki tou Agίou (= water channel of the saint), as locals call it, is located at the northern end of Akrotίri, near Chania, very close to Gouverneto Monastery.

It is a small gorge of exceptional beauty, no more than 1 kilometre in length, and it ends up at a little rocky cove. It is ideal for those looking for an easy walk that combines a beautiful setting with some mysticism, owing to the monuments that can be visited along the way.

Even though it is fairly close to Chania, 20 km, and only 8 km from the Chania International Airport, the area is relatively unknown to tourists. In recent years, the beach of Seitan Limani, nearby, has become widely popular and attracts hundreds of visitors that wish to swim in the remote and sandy cove wedged between the intricate rock formations. 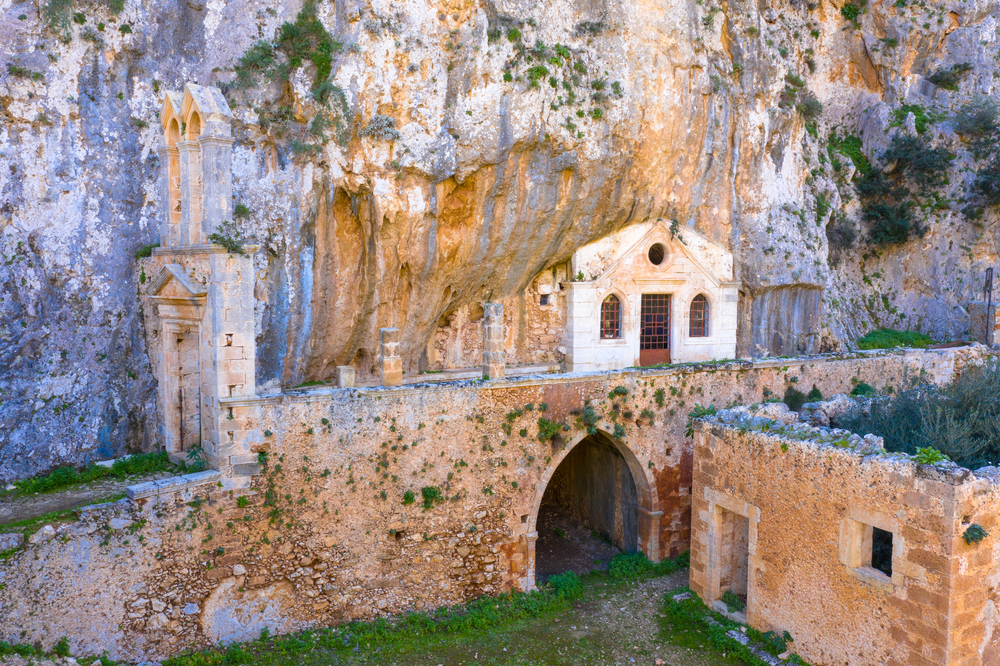 In order to reach the gorge entrance, one sets off from Gouverneto Monastery and follows the stone-paved path that goes down the slope. This 16th century Venetian-style monastery is one of the oldest in Crete, with interesting architecture and large gardens. The stone-paved path descends the slope in an easterly direction, above the stream bed. The footpath passes by the Cave of Panagia Arkoudiotissa and a little further down it reaches a breathtaking spot, where the very old, deserted today Monastery of Katholiko dominates the view. The monastery is built on the side of the gorge, which is connected to the opposite cliff by a great single-arched bridge. The ruins of the old monastery and the path that leads to the cave of St John the Hermit can be explored in full, however, proper footwear is recommended. There is a small entrance fee that helps support maintenance costs in the area.

Lower on the slope, a little after Katholiko, one enters the main section of the gorge. After about 30 minutes through a watercourse full of wild olive trees, carob trees and oleanders, one reaches a beautiful cove, which in the past was used as a harbour by the monks. Keep in mind that swimming in the cove is not allowed.