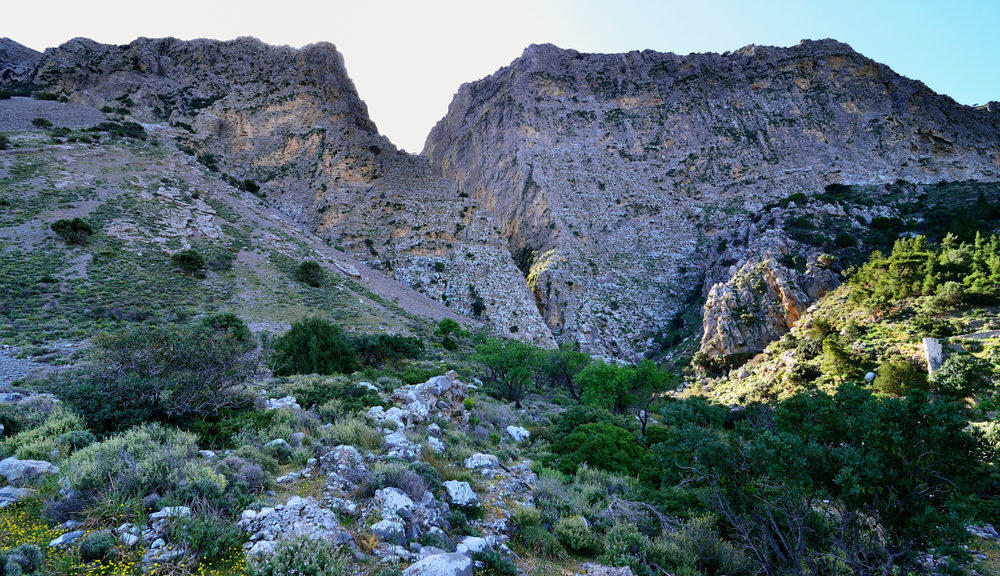 Ha Gorge is considered to be the most imposing gorge of Eastern Crete, due to its impressive geomorphology and biodiversity.

Located in between the villages of Vassiliki and Thripti, it is one of the most challenging gorges on the island, featuring an impressive waterfall and it is not recommended for amateur hikers. However, you can still catch a glimpse of the entrance to the gorge while driving and make a quick stop for a short walk. If you are looking for a short excursion for some photos, you may want to park your car close to the Church of Holy Spirit. 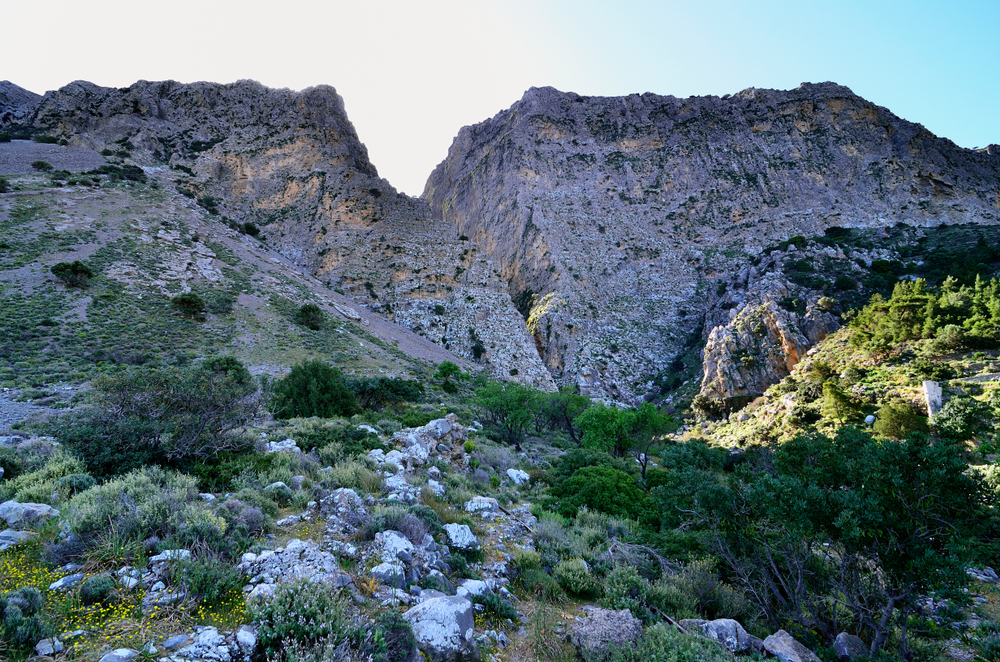 The gorge is extremely narrow and steep, reaching a depth of more than 1,000 m, making it possible to walk very far without needing abseiling equipment and proper training. It is 1,6 kilometre long in total and the elevation difference between the entrance and the outlet is approximately 230 metres. The area is also of archaeological significance, and Late Minoan period sites have been found in the area. It is also an excellent location for canyoning enthusiasts. Always check the weather conditions, and be particularly careful after snowmelt and heavy rainfalls when the gorge is full of water. The gorge of Ha is rich in endemic flora and home to many bird species. Passing through the gorge requires special technical skills and equipment.

The E4 European long-distance path crosses through the village of Vassiliki nearby and there are various other routes to choose from towards the village of Thripti and Oreino to the east. Vassiliki, in the eastern part of the Lasithi prefecture, is named after the archaeological site of Vassiliki that was first excavated at the beginning of the 20th century. The area has brought to light, important examples of Minoan pottery. Adventurous hiking enthusiasts will be rewarded with views over the whole bay of Mirabello, as well as the Kavoussi plain and the coastal village of Pachia Ammos. If you are travelling from Agios Nikolaos, you may also be interested in making a quick stop at the archaeological site of Gournia in the village of Pachia Ammos.