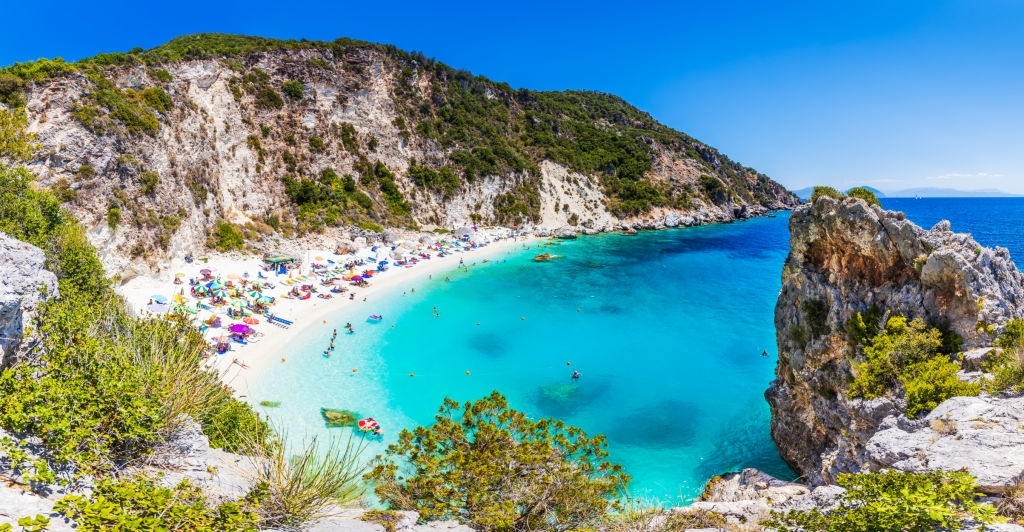 The village of Vassiliki in the eastern part of the Lassithi prefecture has taken its name from the nearby archaeological site of Vasiliki. First excavated at the beginning of the 20th century, architects have discovered important examples of Minoan pottery in the area. This is a very enjoyable part of the E4 walking path, that crosses through the spectacular Gorge of Ha.

The route from Vassiliki to Thripti

From Vassiliki (1), we follow the asphalt road eastwards and pass north of the low hill with the remnants of the Early Minoan settlement. Soon, we reach the main road that connects Agios Nikolaos to Ierapetra (2) and cross it to get to a dirt road. A shrine can be seen in the entrance. We continue eastwards, in a rather uphill direction, through olive groves and then leave a double turn-off on our right side and a little further uphill another one on our left until we come to a main unsurfaced road which we follow to the right.

Having passed by an old farmhouse, we arrive at the abandoned settlement of Monastiraki (3). We pass through the village to the top, and then climb eastwards, where we come to a dirt road which we follow in a southerly direction. We follow this road for approximately 1.700 m and after a characteristic right bend, we see a clear footpath (4) on our left. This path initially runs along the western boundary of an abandoned almond grove and then ascends in a north-easterly direction, towards the top of the southern slope of the gorge of Ha.

This climb is quite difficult and tiring, however, it gives us the opportunity of enjoying the magnificent view of the whole bay of Mirabello, as well as of the Kavoussi plain and Pachia Ammos. The Mount Dikti massif can also be seen in its entirety in the distance, to the west. After approximately 30 minutes up the path, we reach a characteristic rock on the precipice above the gorge of Ha. Next, the path passes through a pine-clad area and then meets a dirt road (5) to the left, which we follow for approximately 1.300 m, to the picturesque chapel of Agia Anna (6).

There a cool water spring is found under the plane trees. Down below, on the eastern bank of a stream, you can spot traces of an old charcoal makers’ settlement. This has also given the area its name, Kaminakia (= small kilns).

The stream below ends up in the gorge of Ha; this gorge is one of the most difficult in Crete to navigate, demanding climbing skills and technical equipment. It is recommended only for advanced and highly experienced hikers. We continue walking to the left, north of the chapel, following the main unsurfaced road and having the small ravine down below to our left. After approximately 2 km, we reach the centre of the agricultural settlement of Thripti (7), which is inhabited from spring to autumn. Its houses, isolated at places or forming small clusters, are scattered on the slope, between vine terraces. This is one of the tallest locations in Crete for wine cultivation.

At the spot where the dirt road ends, you can also find a drinking fountain.