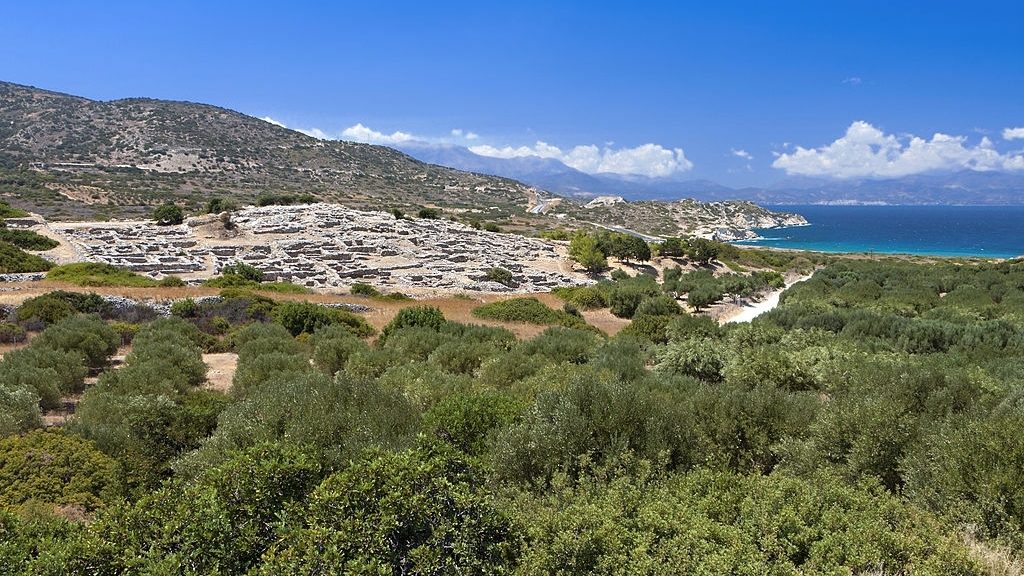 The ancient town at Gournia prospered in the early Late Minoan period (1600 BC) when it had a population of about 4.000. It is probably the most thoroughly excavated Neopalatial residential complex of the Minoan era, in the whole of Crete. It was destroyed by fire and was looted shortly before the end of the Minoan era, never to be rebuilt.

The name of the site is due to the small watering troughs (gournes) that were found there before the excavation works began, which were part of the houses of the Minoan settlement. In recent years, mostly in the mountain villages of Crete, you could still find houses with stone or wooden troughs (also called gourni or gournidi) for watering the domestic dogs, pigs and donkeys. The ancient name of the town remains unknown.

The settlement at Gournia provides us with a clear image of the everyday life of the Minoans. Considering the various tools found in situ, such as saws, chisels, needles, fishing hooks, and hammers of various types and uses, we can assume the people worked mainly in agriculture, stockbreeding, fishing, building, textile weaving and pottery. A remarkable amphora with a spherical lid decorated with an octopus, a true masterpiece of Minoan art, found at Gournia, is indicative of the high artistic skills possessed by the local potters. The unfortified town was built on a low hill, and it had an irregular shape. Stone-paved streets divided it into districts, crossing it from the north to the south, and intersecting other, vertical ones; they were also quite steep, forming graded levels, according to the incline, as can be seen in the mountain villages of Crete today. Most of the houses had only one door, opening into the street, while many of them were two-storied. Ruins of Gournia, the site of a Minoan palace complex, Ierapetra, Lasithi, on the island of Crete, Greece 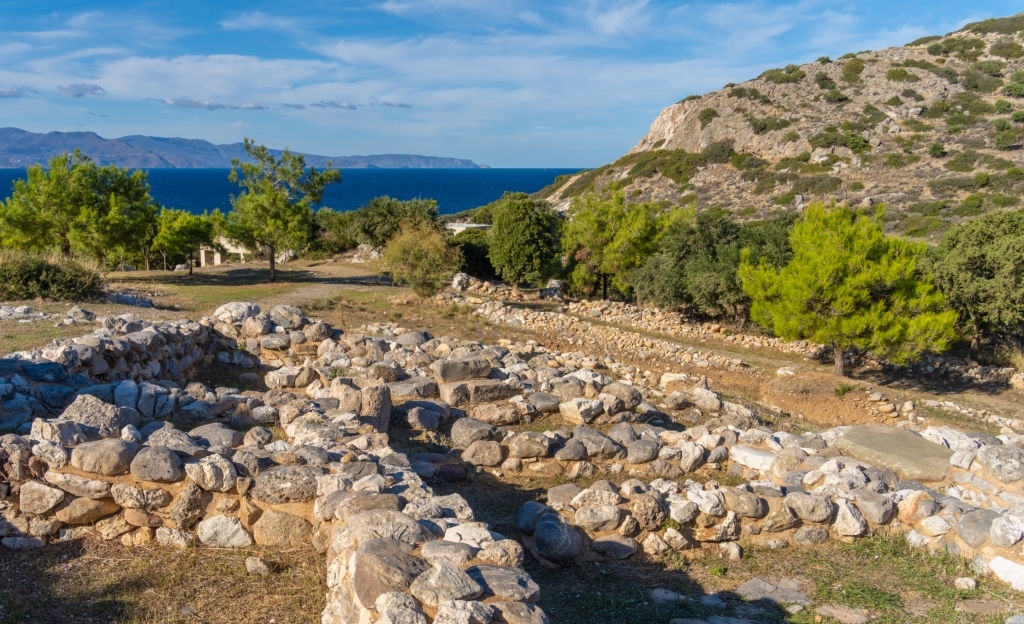 In the middle of the town, at its highest spot, there was a larger building, presumably the palace or administrative building of the local ruler. South of that building, there was a spacious flat area used as an agora or a place for festivities. A stairway connected this court to the palace, and a platform could be seen in it. The local ruler, who possessed political and religious power, possibly used it when he spoke with his people. A small shrine was located north of the palace, near the centre of the town. The shrine was accessed via a narrow (1,50 m wide), much used blind alley, judging by the well-worn paving, indicating that the shrine was much frequented and probably public, unlike most Minoan sanctuaries.

Numerous ritual objects were found in the shrine, such as a clay figurine representing the Snake goddess worshipped in the shrine (with raised arms wrapped in snakes), a clay tripod altar, double axes and others. In addition, beautifully painted vessels and several domestic pots and tools, similar to present-day ones, were found in Gournia, shedding ample light to the private life of the Minoans. The Minoan town at Gournia was most likely not wealthy; its inhabitants made a living out of agriculture and average quality manufacture, while the local ruler lived near and among his citizens, considering the location of his palace.