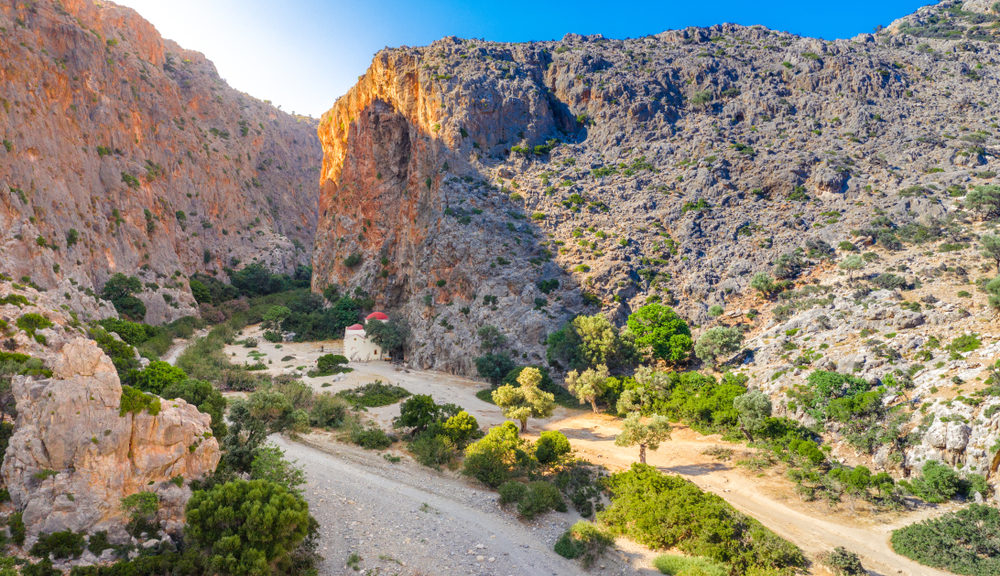 It is 2 kilometres long and the elevation difference between the entrance and the outlet is no more than 200 metres. This is a short and enjoyable hike that can be completed in only a few hours and is suitable for children. To reach the gorge you will drive through the picturesque villages of Voutes, Pyrgou and Kato Asites. The whole area around the gorge is of particular natural beauty. The E4 European long-distance path runs along the route and there are multiple hiking trails to discover if you so wish. Starting at the village of Ano Asites two lengthy routes ultimately reach the village of Profitis Ilias. The first follows the impressive gorge of Agios Antonios, however, there is another option through the equally stunning Venerato gorge. You can read more about the E4 European long-distance path and the hike through Venerato gorge here. The village of Asites played an important role during the ancient but also modern years. Freedom fighters used these mountain routes through the mountains to supply British soldiers during World War II whereas, in the ancient years, the city of Rizinia was located nearby. A cemetery with 680 tombs has also been discovered nearby that dates back to the Minoan period. 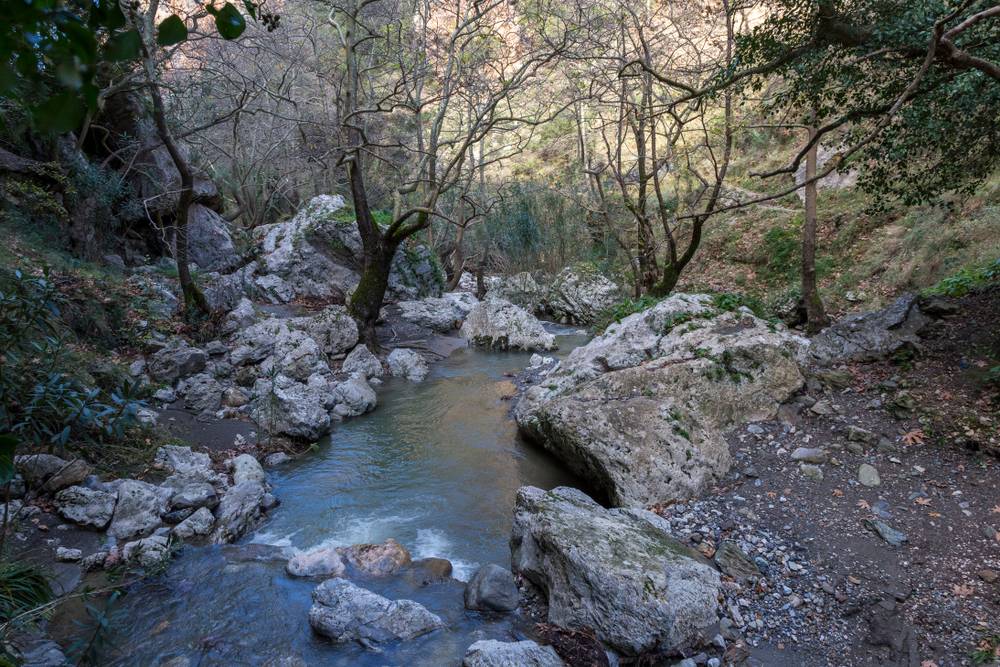 A cave 100 metres deep is also to be found in the area; two bat species nest in it, and they are also protected by a European Union Directive. Α chapel of Agios Antonios can be seen at the cave entrance. The landscape is lush and full of greenery and there are several tavernas where you can choose to rest afterwards.