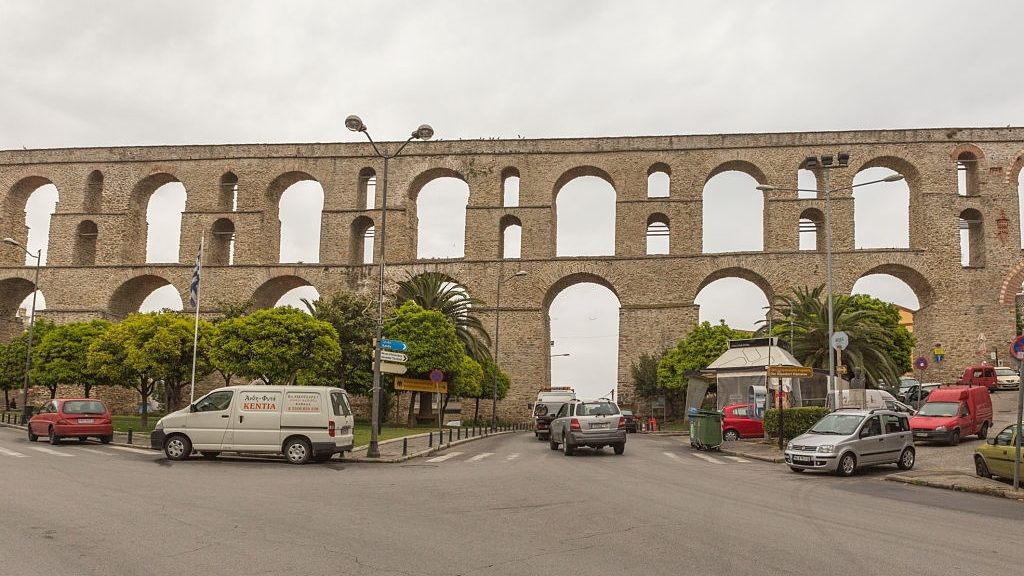 The Akolita plateau in the Psiloritis range is the crossroad for most of the trails leading to the summit of Psiloritis (also known as Mount Ida). It descends from the plateau of Nida and reaches the village of Kamares. Kamares is a village of significant archaeological importance that has brought to light findings from the Minoan period.

The E4 route from Akolita to Kamares

The highest peak on the Psiloritis mountain range is Timios Stavros at an altitude of 2456 m. The footpath from the top of Timios Stavros leads to the plateau of Akolita (1) and then splits; its eastern branch leads to the plateau of Nida, while its southern one to Kamares. The latter, after 1 km comes to a dirt road (2), which we follow initially eastwards and then southwards. There are quite a few traditional stone huts (mitata) in the area, where we can take shelter if needed.

The road winds along the slope for approximately 1,5 km, leading us to the western side of the peak of Sela tou Digeni (= saddle of Digenis). Down below to our right, a stream can be seen; as it flows downwards, it creates Farangas, a gorge West of Kamares. We leave the unsurfaced road at its end (3) and continue on a relatively clear path, which goes down the slope. Due west of the peak of Digenis, the Skaronero (4) water spring can be seen. Its name is due to the fact that many “skares”, as locals call vultures, can be spotted in the area.

By now, the magnificent view of the Gulf of Messara and of the area of Phaestos opens up to the south. On our right-hand side, the wilderness of the gorge stretches out, while on our left are the steep western slopes of Digenis. We continue to descend, initially along the edge of the steep cliff above the gorge. At an altitude of approximately 1.400 m, we begin to draw away from the lip of the gorge, turn towards the south-east and arrive at the area of Kalamafka (5), where a water spring is to be found and a sheepfold can be spotted nearby.

The distance covered from Skarónero to Kalamafka is about 1.500 m.

At this point, we can see a side path that goes to the Kamares Cave, north-east. On our way to the cave, we walk along a water pipe for approximately 30 minutes, until we get to the area of Perdikonero. We continue uphill and after a steep section, the entrance to the famed sacred Minoan cave (6) appears. The distance from Kalamafka to the cave is about 1.100 m, with an elevation difference of approximately 400 m.

We return to the spot where the path splits (5) and take the south-eastern branch; we walk along a cement water channel and reach the lip of a small gorge. We pass a low hill and after approximately 1.400 m we reach a ridge (7), at the altitude of 1.200 m. We then begin the steep descent on the ridge, following the footpath which meanders down along the cement water channel. The section of the route behind Akolita plateau and this point is relatively well signed.

All throughout the path, we can admire the distant view of the whole southern foot of Psiloritis. Having left the cement water channel, we reach a spot from where we can see the village of Kamares ahead in the distance. After a while, we descend to a narrow road, where the first houses of the village can be seen. This road leads to the main, paved road, at the eastern exit of the village (8).

The descent from Akolita to Kamares takes approximately 3 hours in total. The reserve can take considerably longer, depending on your fitness level due to the uphill topography and altitude change from 600 m to 1.800 m