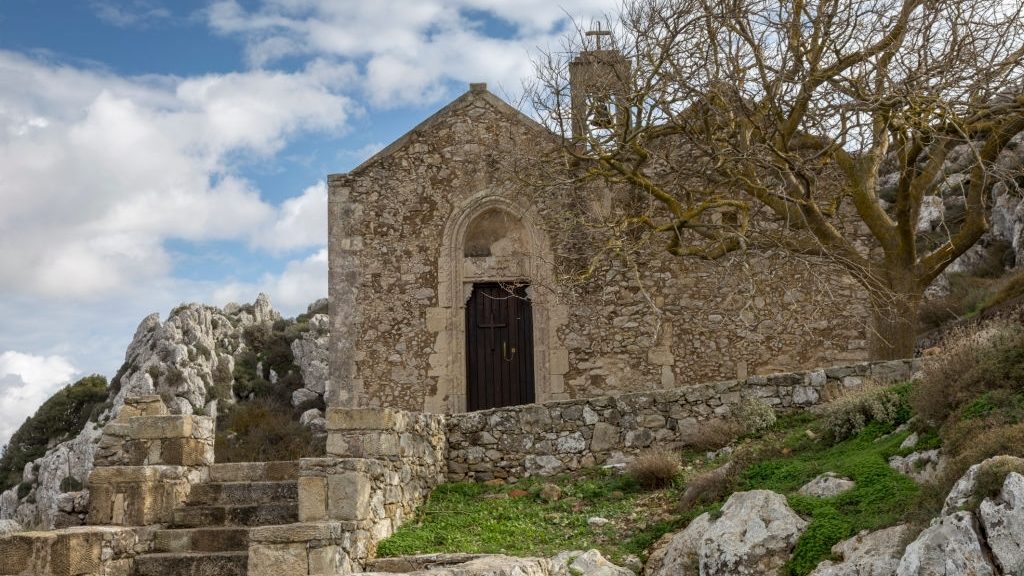 The village of Viola is a deserted settlement in eastern Crete. It takes up the northern and the western side of a steep hill on the eastern side of the plateau where the villages Ziros, Armeni and Handras are located.

The steep hillside creates a natural fortification to the south-east, while at the northern and the western side, which overlooks the valley, the buildings have closed, fortress-like facades. A low, partially preserved wall encloses the remaining space towards the valley. The village used to extend beyond the present-day main road, the opening of which necessitated the demolition of several buildings. Vaulted constructions, storage spaces and stables can be seen in the lower outer zone, while the residences were built on the hillside.

During the Venetian period, Voila was the fief of the Salomon noble family. They added an extension to the church of Saint George (Agios Georgios), where their family tomb is located. In the period of Turkish rule, Voila was the headquarters of a battalion of Janissaries, inhabited mostly by Muslims. The tower that can be seen in the village was named after Jen Ali, the most well-known of the Janissary commanders. From the late 19th century and on, the settlement gradually declined and was consequently deserted. Nowadays it lies in a state of ruin. The majority of the preserved buildings date to the Turkish period. However, the ruins of the surviving Venetian residences are noted for their remarkable architecture, which seems indicative of the prosperity and development of the settlement during the particular period.

There is no entrance fee for visitors wishing to stop here. Passing through the village, it is possible to discern features of the Venetian era and imagine a time when the village of Voila was the setting for noble families, lords and ladies, opulent balls and elegant dresses. Another way to explore the area is by hiking the E4 European long-distance trail, between the villages of Papagiannades and Ziros that crosses through Handras.

This region of Crete is one of the least visited and less touristy on the island; those that wander around the villages will be able to glimpse a far different Crete than most visitors get to see.