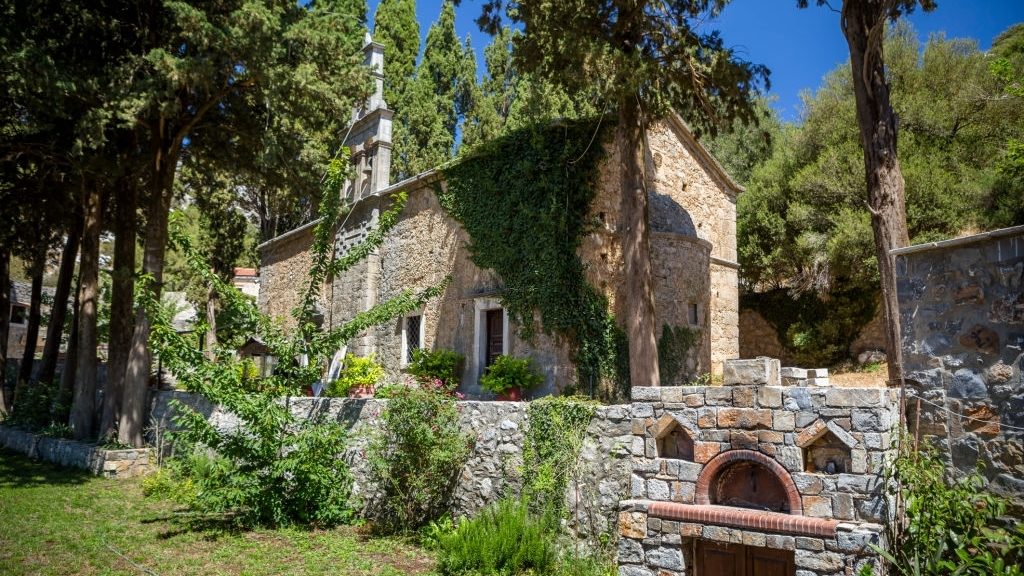 Vidiani Monastery was founded in the mid-19th century by monk Methodius. During the revolution of 1866, the Monastery was set on fire by the Ottomans, but it was soon rebuilt.

During the German occupation, its abbot, Dorotheus, was executed by the Germans for his resistance activity. Just like most monasteries in Crete, Vidiani played an important role during the liberation struggle and harboured freedom fighters and supplied them with food and ammunition. The katholikon of the monastery is a single-spaced church dedicated to the Life-giving Font and features a beautiful wood-carved chancel screen. This is one of the most beautiful locations, in the Lassithi plateau, among charming villages in a setting that has remained relatively unchanged in recent years. It is in between Agios Nikolaos and Heraklion and only 20 km south of the coastal and popular resort of Malia. Nowadays, the monastery has been fully renovated and operates as a male monastery.

There are various other cultural and archaeological attractions in the area that visitors can look forward to as well. The Archaeological Site of Karfi,

Homo Sapiens museum outside the village of Ano Kera, various other churches and viewpoints. You will also pass by the Monastery Panagia Kera Kardiotissa, one of the most well known in the area due to a legend regarding the holy icon of the Virgin Mary. Further south, we find the cave of Diktaion Andron, one of the possible locations where the Greek god Zeus, was born. Nature lovers will particularly enjoy this region of Crete island and the E4 European long distance path offers various hiking paths and trails. You can take the route from Kastamonitsa to Kato Metochi for a short hike or carry on towards the village of Tzermiado. Do not miss Selakano forest, one of the most important ecosystems on the island and a protected apiculture area.