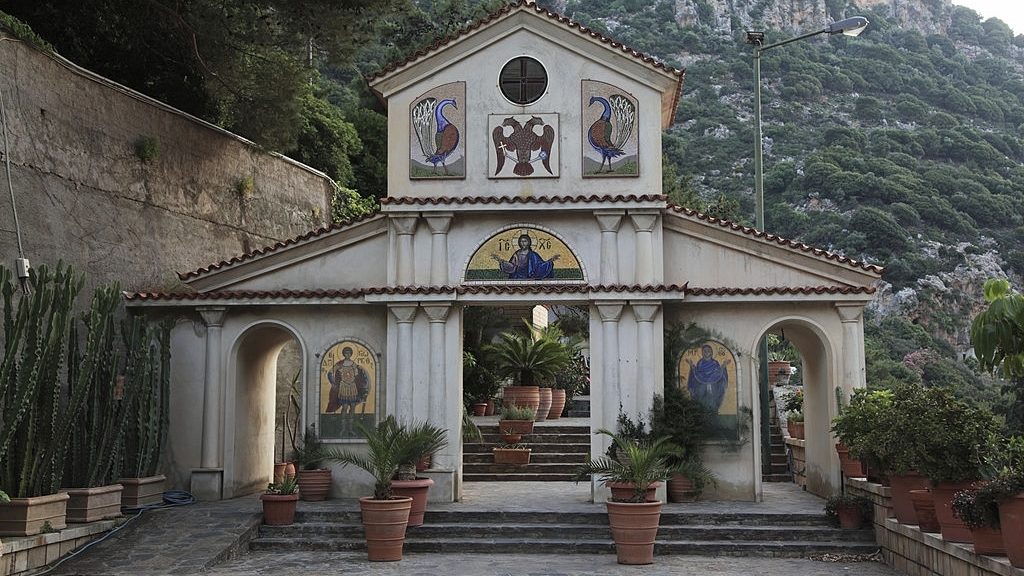 The Holy Monastery of Saint George Gorgolainis, one of the most historic monasteries on Crete, was founded by Archpriest Sylvester in the 13th century. The single-space arch-covered church dedicated to Saint George was erected in 1627. During the 20th century, an aisle was added to the catholicon, which is dedicated to Saint Nicholas. Also worthy of note is the Venetian fountain which was decorated with a marble lion until 1990, when it was stolen.

During the era of Ottoman rule, the monastery was set on fire and it was renovated in 1957 by Archbishop Eugenios. The cypress tree and plane tree located at the monastery have been declared landmark natural monuments. Near the monastery, we find the Diamantakis family winery, founded in 2007, in an area with a long history in viticulture and wine production. During the Ottoman occupation, the monastery, like many others on the island, was used as a refuge and centre for rebels of the area. In August of 1822, a battle took place here between 22,000 Ottomans and 5,000 rebels. Well known rebels like Michael Korakas and Fragias Mastrahas, operated here. The grave of Mastrahas is still found inside the monastery; he was killed in 1868 in the nearby village of Asites.

The nearby village of Venerato is built on the western slope of a small gorge that shares the same name. At the entrance to the village, in a landscaped area, one can see sculptures made of porous rock. They are left there by artists who come to the village from all over the world, to attend an international sculpture symposium that is held here every year. Opposite Venerato, on the eastern slope, there is the very old Paliani Monastery, which has been in existence since the first centuries of the Byzantine Empire. South of the main church you will spot a centuries-old Myrtle tree. An annual festival takes place on September 23rd, in celebration of the tree, which has survived since the Minoan years.

Venerato took its name during the Venetian occupation, as the place where lords and nobles had their villas. The river that flowed in the gorge used to provide drinking water to the locals but recently the ecosystem is suffering the effects of human intervention.