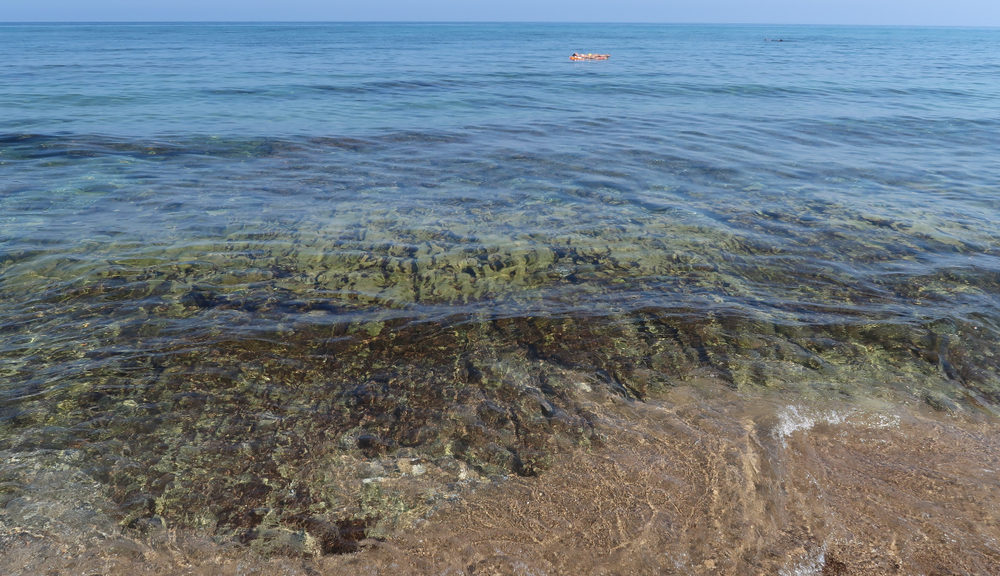 Scaleta beach is on the last part of a long coastline that runs east from Rethymno, approximately 10 km from the town. There is a frequent bus service that links the beach and the city. The nearby area of Sfakaki and Skaleta have been steadily growing in popularity in recent years. Visitors will find a range of accommodation options and touristic amenities and a relaxing and laid back spot for their holidays. The distance from Heraklion is 70 km.

Just like most beaches on the northern coast, Scaleta is open to the north winds. It has soft sand and shallow waters and is ideal for families with small children. Visitors will find all standard amenities like sunbeds and umbrellas. This area is also a nesting spot for the endangered loggerhead Caretta Caretta. Between May and September, turtles visit the beach to lay their eggs; visitors should not disturb any signs or fenced off areas that are there to protect the eggs. For visitors that choose to base themselves in the area, there are plenty of other beaches to explore. Driving west, you will meet the beach of Pigianos Campos, Missiria and of course, the long sandy coast of Rethymno beach. Another popular option, less than 15 minutes away is Spilies Beach, concealed from the main road and framed by impressive rock formations. The clear waters and nearby caves make this an ideal spot for snorkelling and diving enthusiasts.

Leaving the coast behind, there are more popular attractions in the area to take advantage of. The Monastery of Arkadi, 20 km to the south, is one of the most visited religious sites on the island due to its unique architecture and historical significance. During the Cretan resistance against the Ottoman occupation, 943 Greeks, of which 700 were women and children, barricaded themselves in the monastery, refusing to surrender to the enemy. When it became clear that the battle was lost, the Cretans blew up the gunpowder stores, ultimately sacrificing themselves to protect their freedom. The Holocaust of Arkadi is considered to be one of the most important in Cretan history and was designated by UNESCO as a European Freedom Monument.