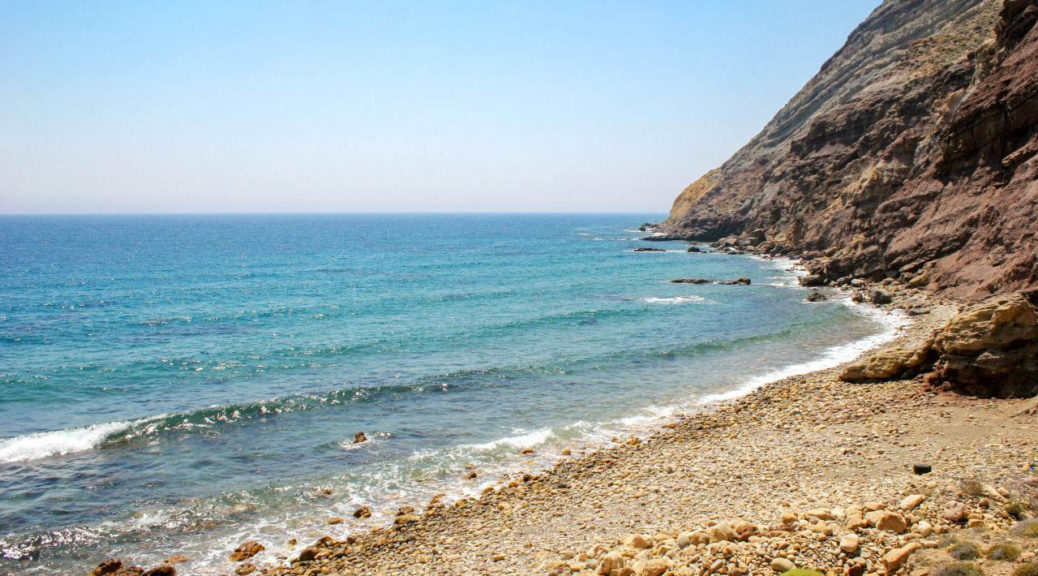 On the southern coast of Crete island, east of Ierapetra, we find a plethora of stunning beaches. One of the best but still relatively quiet spots is that of Makry Gialos and the nearby settlements of Analipsis and Lagkada. Here we find two stunning beaches named Diaskari and Lagkada that are worth visitors’ attention!

Diaskari is a particularly beautiful and quiet beach. Most parts are not organized, but you will find a few sunbeds and umbrellas for hire next to the tavernas. It stretches long with beautiful crystal-clear waters, and plentiful tamarisks growing about the place. White sand frames the beach and the seabed. Diaskari is ideal for camping and the east part is also popular with nudists. Nearby you will find some rooms for rent and a small taverna. Its name, according to local tradition, comes from the Greek ‘Dioscuroi’. In antiquity, the inhabitants here were mostly sailors, who raised a temple to their patron gods, namely the Dioscuroi, (Castor and Pollux) sons of Zeus. While in the area, you can visit the Minoan villa, which dates back to the second palace period; excavated at Vigla (a little north of the village) in the 1970s, it was destroyed by fire around 1450 BC. You may also take a walk to Karavospilio, an interesting cave, located on the beach. 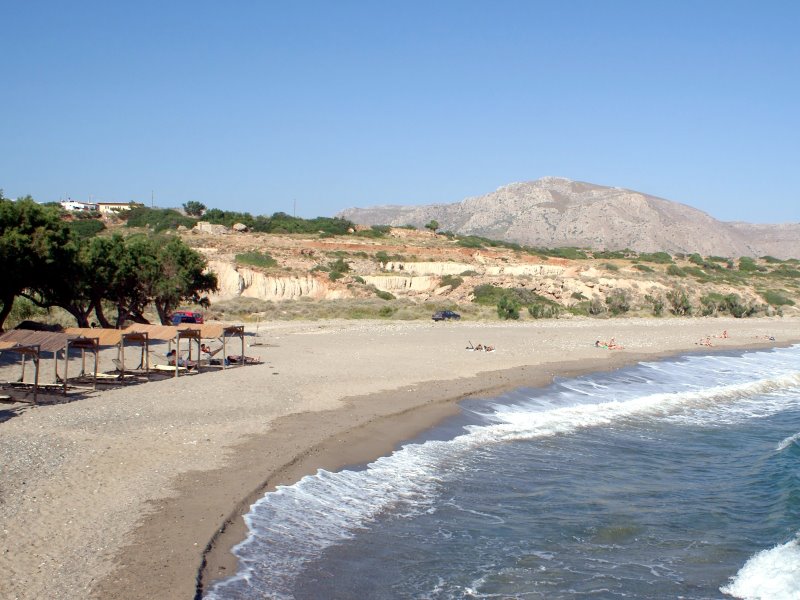 Lagkada beach is also located in the Bay of Makrigialos east of Diaskari. This is another quiet and sheltered swimming spot with soft sand, small pebbles and stunning waters – most suitable for those wishing to relax away from the crowds. The beach is exposed to the winds and there are no amenities for visitors so it is best to come prepared. There are plenty of smooth rocks on the sea-bed that can become slippery. The beach is a favorite for freedom campers, for the privacy it offers and the tamarisks and the shade they cast. Clothing is optional in many parts of the beach so do not be surprised if you see nudists. The two beaches to the east, just before Moni Kapsi, are Ammoudi (or the Dragon’s Cave) and Kalo Nero.