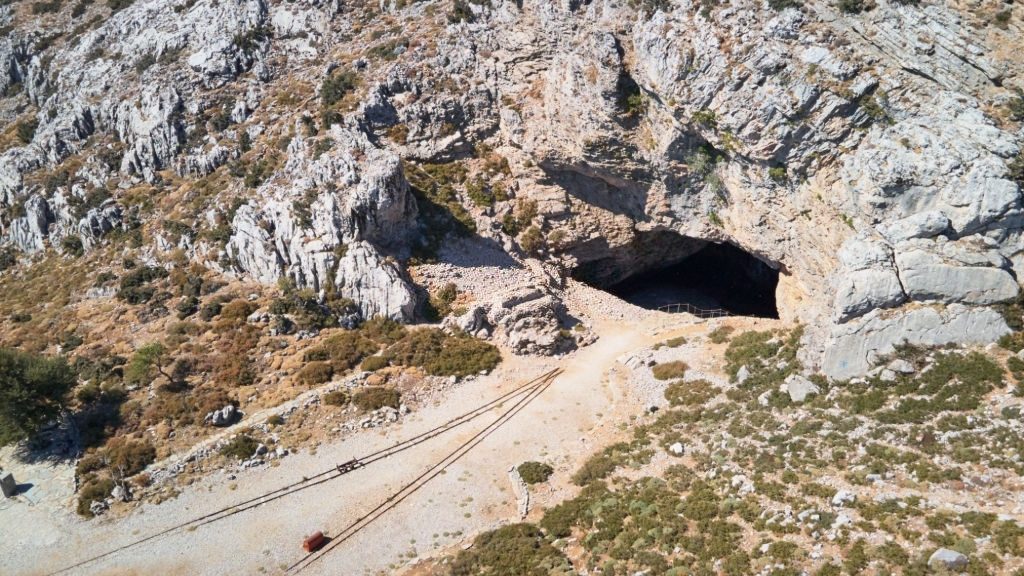 The cave of Ideon Andron is considered the sacred cave of the Cretans and was famous throughout the Hellenic world in ancient years, and a great centre of worship and spiritual initiation. The cave is located on the western side of Nida plateau, at the foot of a steep slope, 1.538 metres up.


According to Greek mythology, Zeus, ruler of all Olympian gods. was born here. The secluded location was important his cries covered by the sounds of the drums and the armed dances of the Idaean Dactyls (Idaioi Daktyloi), mythic demons in the service of the mother of Gods, Rhea, often identified with the Κοurites and the Korybantes.

Information proving the importance of this cave as a place of worship comes from as early as the 15th century BC. Its reputation spread across the Hellenic world and thus it became one of the most important centres of religious studies in antiquity. The purification and initiation ceremonies attracted a great number of worshippers, among whom were the great Greek philosophers Epimenedes and Pythagoras. The initiation ceremonies were held in the Adyton, a section of the cave located high up on the western wall of its main hall, directly across from the huge entrance. The celebrations in honour of Zeus were associated with the regeneration of nature in spring. At the entrance of the cave, a hewn-rock sacrificial altar can be seen. The importance of the cave is also verified by the extensive finds from the excavations, such as weapons and utility items, copper and clay figurines, artefacts made of bone and ivory, tripods and cauldrons, copper trays, drums and shields with elaborate representations. Today, all these are kept in the Archaeological Museum of Heraklion. 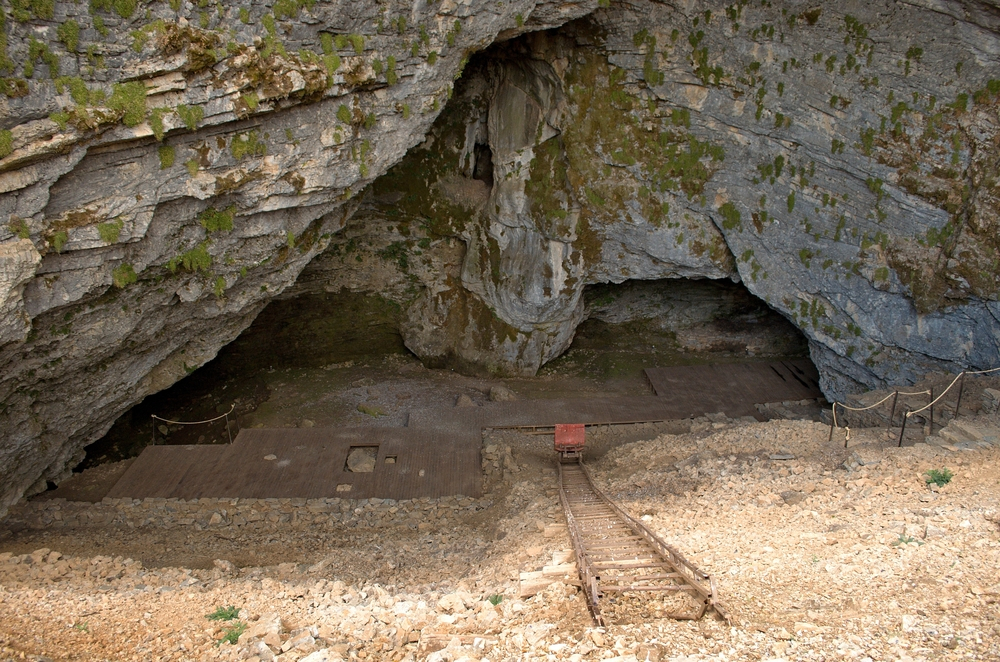 The first archaeological research was conducted by the Italian archaeologist Federico Halbherrafter in 1884 when a shepherd from Anogia found the first ancient artefacts in the cave. Later, excavations were conducted by Stefanos Xanthoudides, Paul Faure and Spyros Marinatos. The cave is also related to more recent folk traditions of the area, such as that of Charidimos and his wife, whom he accidentally killed while he was hunting on the forested Mount Ida. Giannis Sakellarakis is an archaeologist, who has conducted systematic excavations on the site, beginning in 1983 and has contributed greatly to understanding the importance of Ideon Andron. About it he has said:

“… The innumerable votive offerings, made of the most valuable materials, such as gold, silver, copper, ivory, semi-precious stones, as well as faience, rock crystal, glass, bone and clay, all in a great variety, pots and utensils, coins, seals and jewellery, can only be compared with those offered at other Pan-hellenic sanctuaries. The famous bronze shields from the Ideon Andron are numbered among the finest works of art of the Ancient World. Many are the imports from Egypt and the Syro-Palestinian coast, as well as from areas even further east. Craftsmen from northern Syria worked for the construction of the ivory throne of Zeus, which according to legend was seen by Pythagoras. Thousands of worshippers held oil lamps which were made in various Cretan workshops, and perhaps in other ones in Corinth, Attica, Italy and Egypt.

In the Ideon Andron, evidence of life begins at the end of the 4th millennium BC, during the Late Neolithic Period, and has continued uninterrupted ever since. Naturally, the sanctuary had its high points: in the Late Minoan I period (16th century BC), in the Geometric period, in the 8th century BC and in the Roman era. Even in the time of the Roman emperor Julian the Apostate (4th century AD), a certain Pluto is reported to have boasted of being initiated into the Mysteries of the Ideon Andron. In the 2nd millennium BC, the worship was centred on the Minoan god of vegetation, who was believed to die and be born again every year; that is why his descendant god, the Cretagenus Zeus (= Cretan-born Zeus), although for all other Greeks he was thought to be immortal, for the Cretans he would pass away every year in the Ideon Andron and be subsequently reborn. Just like in nature, when all life ends in the winter, only to be born again in spring…”.