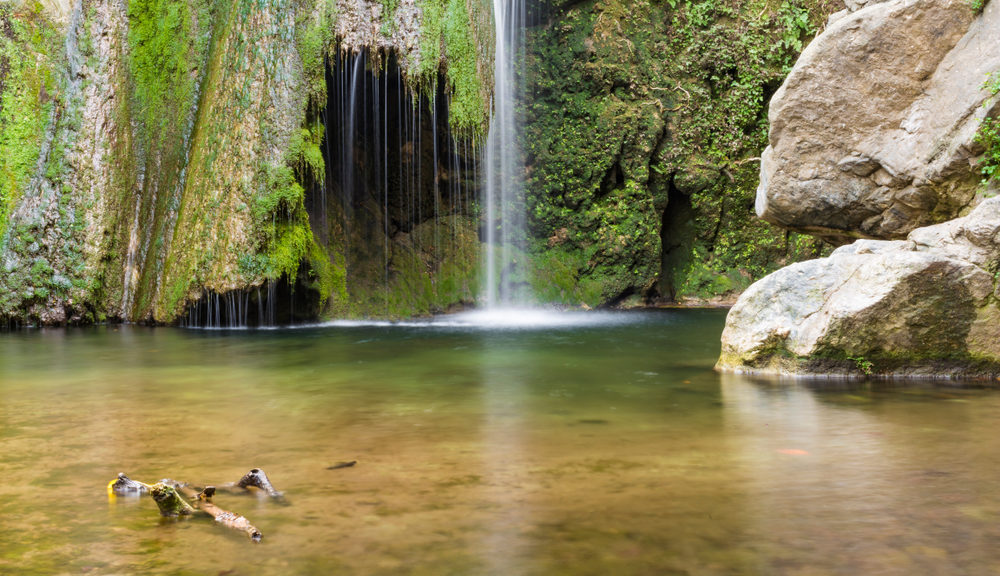 This is one of the most beautiful small gorges of Eastern Crete, following a well-marked route. Located in the prefecture of Lassithi, between Agios Nikolaos and Sitia on the northern coast, it follows the stream which flows all year round, creating a splendid waterfall. 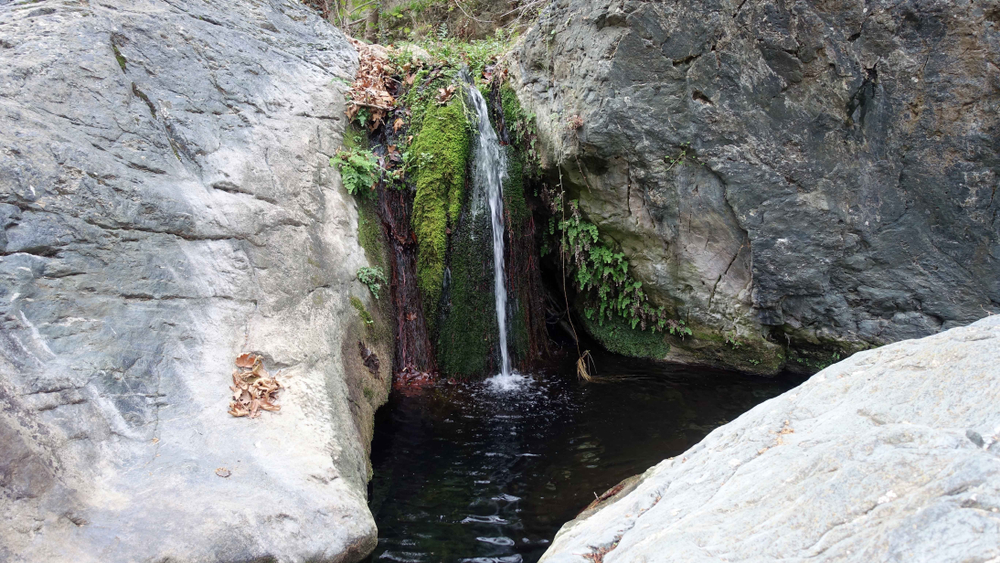 The track begins a little outside the village of Exo Mouliana and ends up at the beach of Richtis, east of Kalavros village. The total length of the route is approximately 3 kilometres and the elevation difference between the entrance and the outlet is about 350 metres.

It is one of the most popular and often crowded gorges in the area, especially during the weekend in the summer season. One of the reasons for its popularity is that it doesn’t dry up during the summer like some neighbouring gorges. In addition to being used for watering the crops, the water streams that originate from nearby mountain peaks collect in small ponds and a stunning waterfall that attracts most of the visitors. The gorge exits on the northern coast of Crete, one of the few examples on the island; the nearby gorge of Havgas in Kavousi also exits north in Mirabello Bay.

The bridge of Lachana is a popular starting point for the descent into the gorge; it does, however, tend to get very crowded. A good alternative option for those less keen on a long hike, families with children or those pressed for time, is to drive to the beach and walk until the waterfall, which is one 1/3 of the total length of the gorge. This route will take about 2.5 hours to complete in total, including the return time. The waterfall of Richtis, (meaning waterfall in the Cretan dialect), is undeniably the highlight of the gorge, reaching a height of 20 m. The gorge of Richtis is one of the most diverse gorges in the area, with lush vegetation and rich flora and fauna, plane trees, wild berries, butterflies, birds and local herbs. The remnants of old stone bridges, watermills and farmhouses can also be spotted along the way.

The distance from Agios Nikolaos to the gorge of Richtis is 55 km.