The gorge of Aradena is one of the most significant and impressive gorges of Crete. Its entrance is located at the deserted village of Aradena, which is to be found at the western end of the plateau of Anopoli Sfakion, below the imposing, high peaks of the Lefka Ori mountain range.

The distance from Chania is about 90 km driving south through the villages of Vryses and crossing through Imbros where another magnificent gorge is located. Near the entrance to the gorge, there is an iron Bailey bridge, which connects Anopoli with Aradena and the small settlement of Agios Ioannis to the west. It is the tallest bridge in Greece and the second tallest in Europe, therefore ideal for bungee jumping.

The gorge of Aradena is 7 kilometres long and its impressive walls rise vertically reaching tens of metres high. The walk down the gorge takes 2½ to 3 hours; a trekking route of medium difficulty. Numerous trees and endemic plants grow in the watercourse and on the high walls, while wild goats, other small mammals and many endangered bird species nest in the cliffs. Passing through the gorge used to be very challenging, mostly due to a vertical rock at a certain point, which blocks the way. In the past, a shaky iron ladder was used to climb over the rock. Nowadays, however, there is a footpath along the western slope of the gorge, which ensures a safer and easier passage. The walk down the gorge can be arranged throughout the year; on the other hand, caution should be taken during autumn and winter, because rainfall can cause the stream to flow unexpectedly. 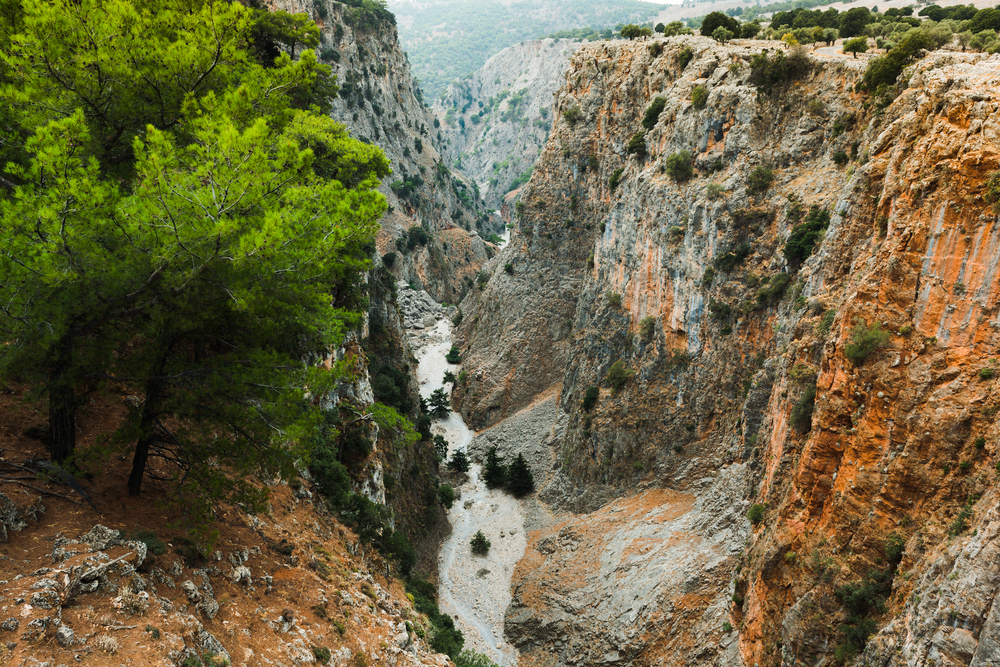 The gorge ends up through the characteristic, narrow opening of its outlet, at the lovely, secluded Marmara beach. The beach, meaning “marble” is aptly named for the soft ivory cliffs and crystal clear waters that await visitors. Reaching the beach is only possible through the gorge or by taking a ferry. From there, visitors can take a boat or walk to the quiet coastal settlement of Loutro (about 1 hour) or to Chora Sfakίon (approximately 1½ hour).