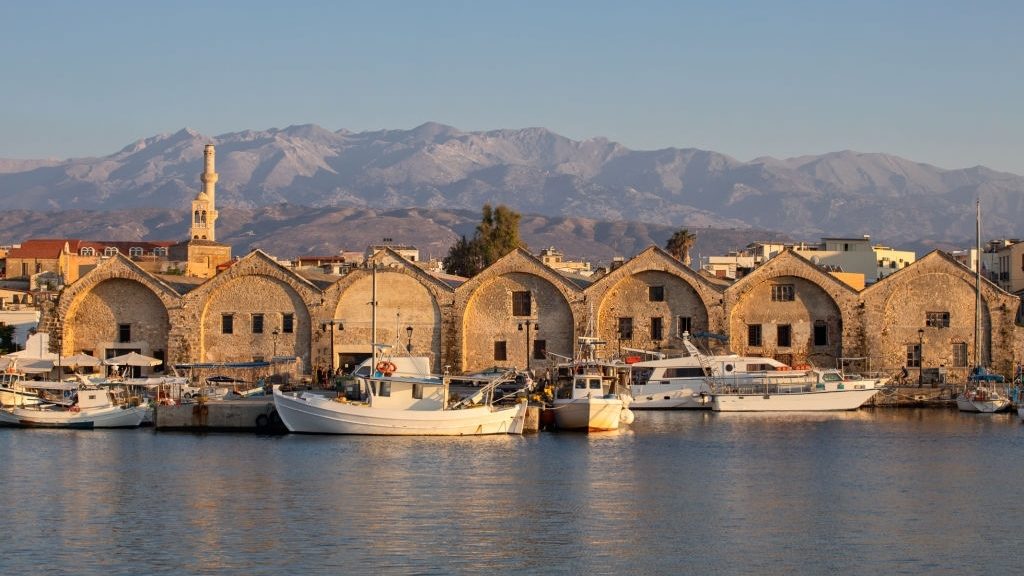 The old town of Chania embodies the long history of the city. In the picturesque alleys, visitors can see the marks left by every civilization that has settled here for a period of time in the past.

Venetian, Ottoman, Neoclassical monuments and architectural elements, old neighborhoods, historical sites and a lot of local colours characterize the old town of Chania, which is justly called by some “Venice of the East”. It used to be surrounded by walls, however, only parts of them survive today. The Old Town extends inland from the Venetian port and includes the districts of Topanas, Splantzia, Kasteli, Santrivani and the Jewish quarter. Kasteli, built on a hill in the heart of the old town, is the oldest populated area of Chania, given the fact that it has been inhabited since the Neolithic age.

Splantzia, located east of Kasteli, is the old neighbourhood of the Muslim population. The central mosque of the town of the Turkish period was located here; it was housed in the church of Agios Nikolaos, which was built circa 1320, as a monastery of the Dominican Order. The Turkish conquerors added a minaret to it and transformed it into a mosque (in Turkish, Hünkar Camisi, Emperor’s mosque). In the square of Splantzia, one can also see a tall plane tree (where the Turks hanged the bishop Melhisedek Despotakis) and the Venetian church of St. Rocco’s (Agios Rokkos), who was believed to be the city’s protector against the plague. Looking towards the sea, the Venetian shipyards (neoria) with the Grand Arsenal (Megalo Arsenali) are of particular interest. 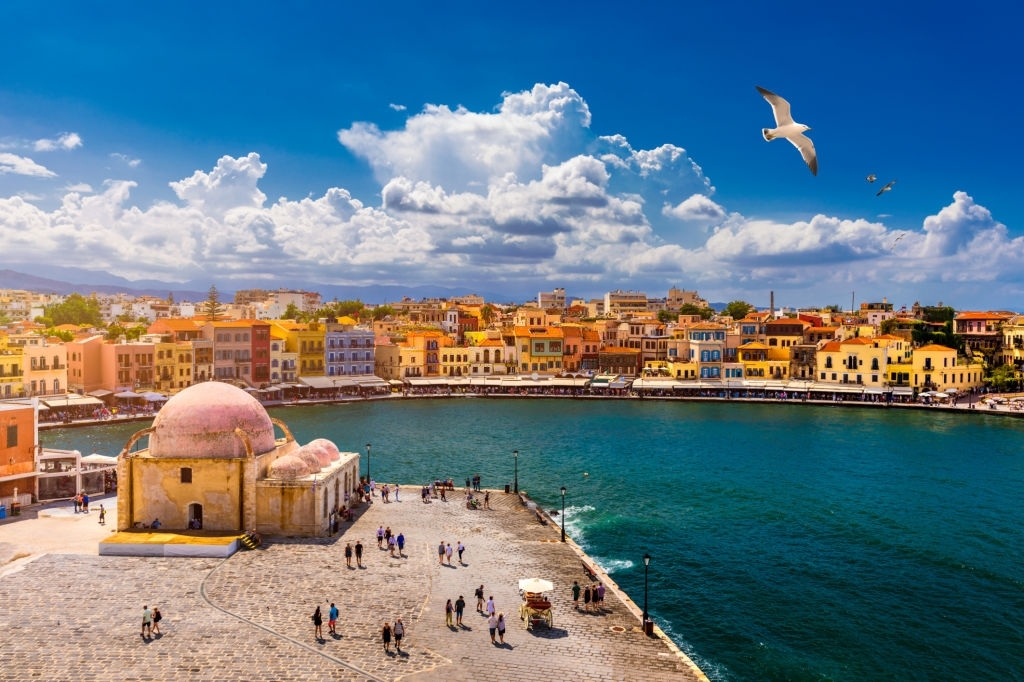 Walking through the narrow, picturesque streets of Splantzia to the cobbled alleys of Topanas, the aristocratic Christian district with its impressive architecture, one can see Venetian noble houses with elaborate façades, and buildings of Ottoman architecture with characteristic sachnisia (plural of sachnisi= traditional type of bay window). In the equally beautiful Jewish Quarter (Ovriaki sinikia) one can visit the Kehal Hayyim synagogue, the only one that survives in Chania, as well as the Archaeological Museum, which is housed in the Franciscan monastery of St. Francis (Agios Franghiskos). The houses of notable Jewish families used to be in Kondilaki Street, the main road of the district.

The Sintrivani square (fountain square) has always been a meeting place for the residents of Chania. It is also known as Eleftheriou Venizelou square because it was here that Prime Minister Eleftherios Venizelos used to give his speeches. Today, the square is still a meeting point for both tourists and the local people. The old town of Chania, full of different sounds and colours, features in every visitor’s photographs. The Venetian and Turkish monuments, the neoclassical buildings, the narrow alleys with balconies full of flowers, the traditional knife shops and Cretan boot shops, the promenade along the Venetian port, the lively restaurants and cafes, all make up a vivid portrait of a historical city that remembers the past and celebrates the present.