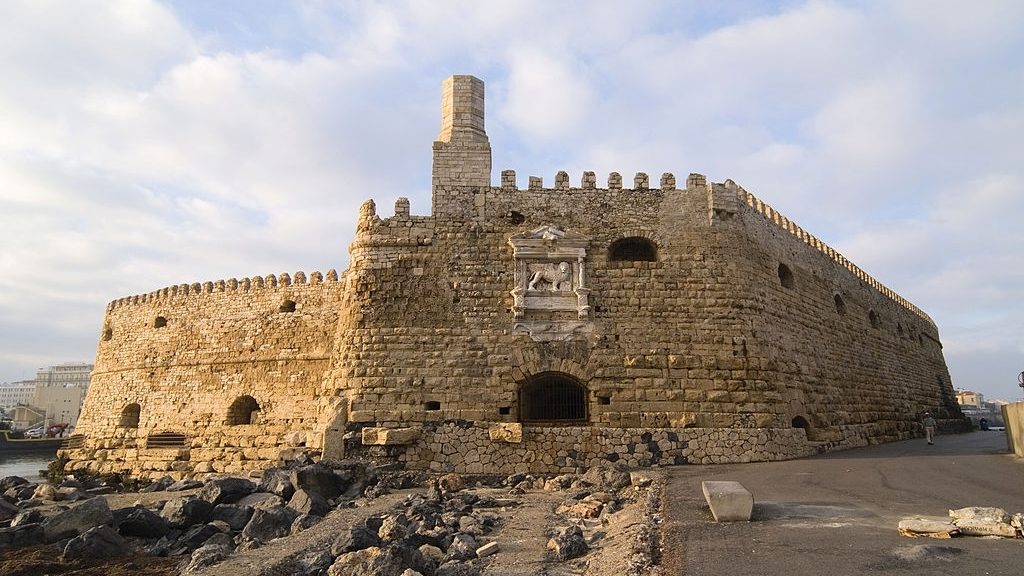 The Fortress of Koules in the city of Heraklion is part of the fortification works conducted by the Venetians in the 16th century while it was part of the Republic of Venice to defend the port city from attackers. Two fortresses were built at the end of each pier, however, only the largest one, the so-called Koules, survives today.
Back then, it was called Rocca al Mare meaning “fortress by the sea“. The Fortress of Koules was first fortified in the 9th or 10th century but the final work by the Venetians was completed between 1523 and 1540. It is one of the best-preserved castles of Crete, perched on a small natural elevation where the ruins of an earlier fortress were to be found. It is a massive construction and has 26 chambers on the ground level, situated along a central wide corridor. These rooms were used as living quarters and storage rooms in the Venetian years. 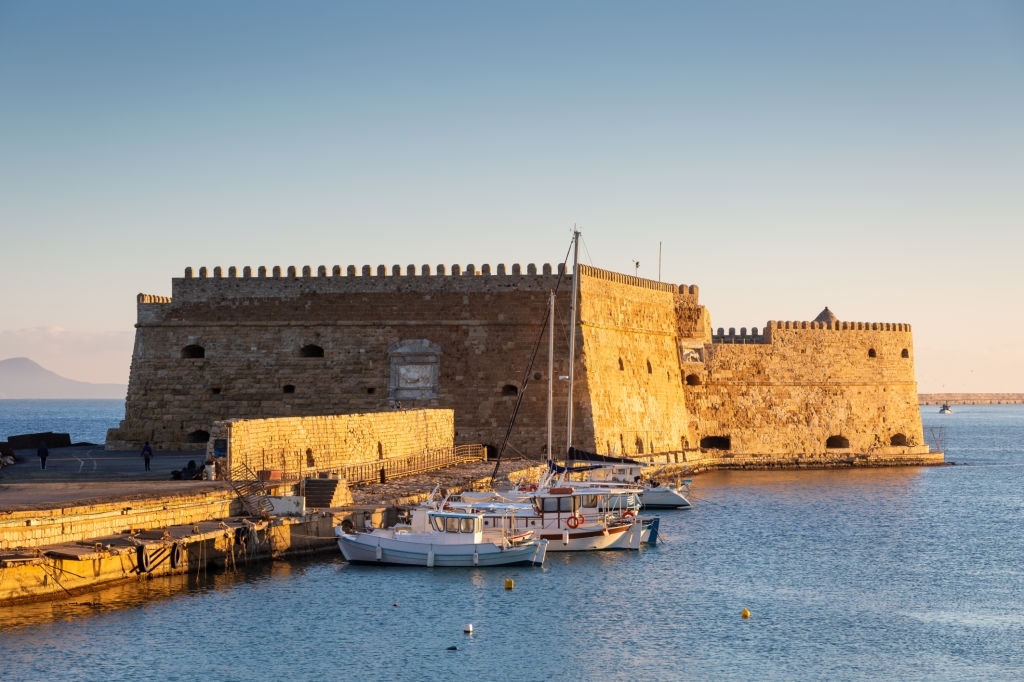 The fort fell to the Ottomans, after the long-drawn Siege of Candia that lasted 21 years. The Ottomans bombarded the city and cut off the water supply ultimately forcing the Venetians to surrender. During the Ottoman occupation period, the Fortress of Koules was used as a prison for the revolutionaries and many Cretan fighters were imprisoned in the dungeons including 70 rebels from Sfakia that took part in the rebellion of Daskalogiannis in 1770. This was also when it took the name Koules, meaning “Fort” in Turkish. A ramp leads to the second level of the fortress, a location where embrasures and cannon ports were built. Up until a few years ago, art exhibitions were hosted in the ground floor rooms, while concerts and theatrical performances were held in an appropriately shaped space on the second open-air level. Marble bas-reliefs depicting winged lions, the symbol of the Venetian rule, were incorporated into the western and the eastern aspects of the fortress, at a prominent position. The fortress nowadays is open to the public.