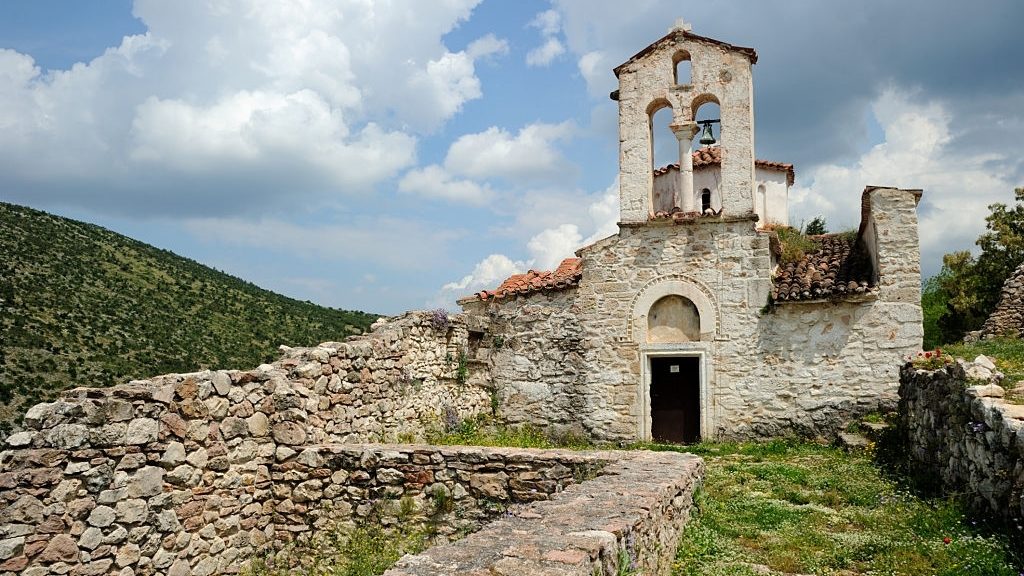 The monastery of Faneromeni in the northwest region of Sitia is found at the Cape of Trachils and has access to the beautiful gorge of Agios Pantos, and stunning views of the surrounding area. It is relatively close to the coast and can be visited on your way from Agios Nikolaos to Ierapetra.

The general area is called Gournia, where we also find the archaeological site of the same name, where a great old Minoan town flourished. The church is built within a cave that exists in the gorge; this is where the holy icon of Virgin Mary was found by a shepherd that decided to build a monastery. According to the legend, the shepherd was tracking one of his animals that had been lost when he stumbled across the cave and the icon was revealed to him. He decided to take the icon home but the next day it disappeared and he tracked it back to its original location.

The monastery was established in the 13th century and once featured extensive and colourful frescoes. From 1870 until 1901 it was connected to Toplou Monastery; the katholikon is a two-aisled church dedicated to the Assumption of the Virgin Mary and to Agios Georgios, with frescoes from 1455. During the period of the Ottoman rule, it suffered greatly and was probably burned, which is evident by the blackened walls. It also played an important role during the Cretan revolution and was used as a hiding spot and the headquarters of local rebels. Today most people come to the monastery on the 15th of August (Dormition of Virgin Mary), one of the most important Greek holidays. The church is open to visitors and to reach it you will need to drive or cycle through a lovely winding path with beautiful views. Afterwards, you can rest on the nearby beach of Pachia Ammos or set out to discover more of eastern Crete.