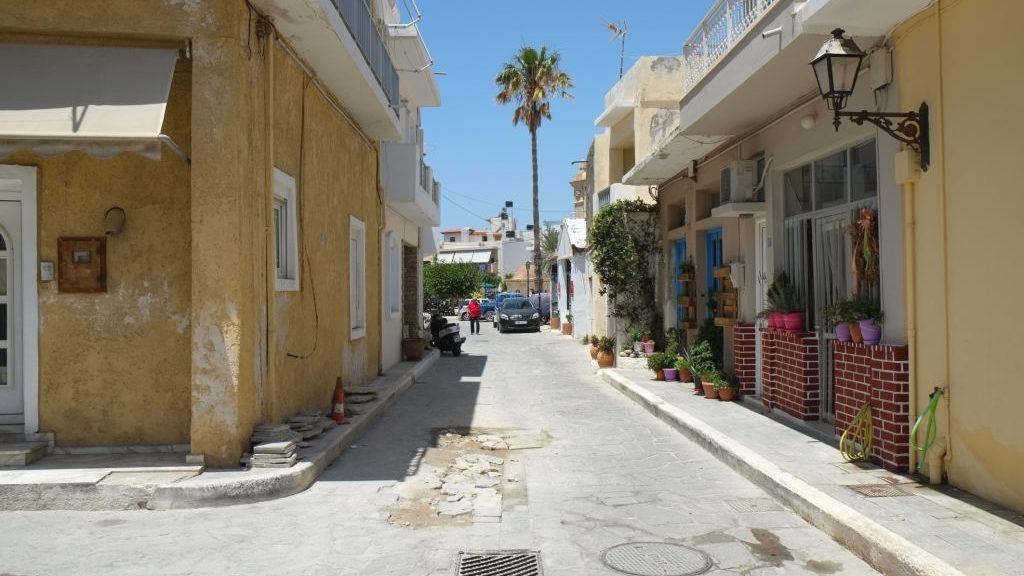 Ierapetra is built on the site of the ancient city of Ierapytna which flourished during the Archaic and Roman times. Its older names include Kyrva, Kamiros and Pytna.

According to legend, Kyrvas was one of the Telchines; these were mythical inhabitants of Rhodes who came to the island of Crete. The word Ierapytna is a compound one, with the second component, ‘pytna’, meaning ‘hill’. From the 4th century BC, Dorian Ierapytna acquired vast economic and military power and developed into a major force in eastern Crete, along with Itanos.

The Roman conquest initially saw the destruction of the city, but then Hierapytna was rebuilt, its economy and population grew, it maintained its own currency and strengthened its strategic location because of its harbour (which became an important naval base). Soon the city became one of the richest in Crete and was culturally developed too, even having two theatres.

A 7.5 magnitude earthquake struck the area in 796 AD and devastated the flourishing city. Later, in the 9th century, the town was plundered by the Saracens privateers. During the Venetian rule, the town acquired its current name. Although it ceased to be the administrative centre of the region (the seat of the province to which it belongs is Sitia), it was fortified; the Kales fort was built at the entrance of the harbour.

Ierapetra fell under Turkish rule in 1647 and that is when its decline accelerated. Today, in the old town the signs of the Ottoman rule are still and there are many Ottoman buildings still surviving, such as the old mosque with a passage of the Koran on the lintel, and the ‘Mehtepi’ or Ottoman School. Somewhere between truth and legend, there is a story that claims that Napoleon, returning from his failed campaign in Egypt, spent a night in Ierapetra. The house that possibly hosted him is still preserved in the old town. During World War II, rebel forces were active in the area, fighting against the German soldiers. Nowadays, it is a popular urban centre that retains the characteristic charm of Crete, and an ideal base for exploration in the region of Eastern Crete.