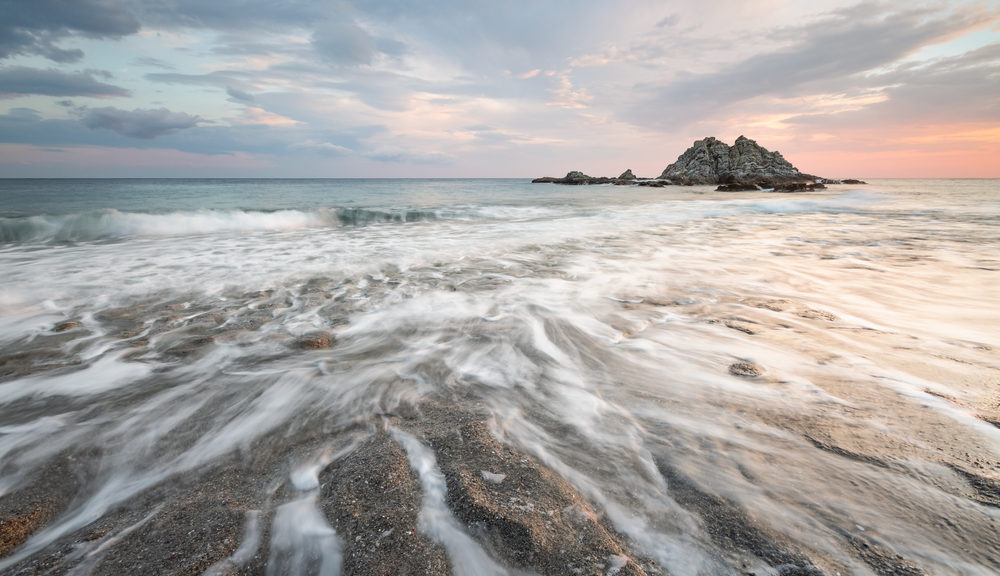 Psari Forada beach takes its name from the settlement of Psari Forada, which is located nearby. The beach is also known as Sidonia because it is believed it is located on the site of the ancient town. How the name of Psari Forada came into being is the subject of several opinions. The most widespread states that the name started to be used during the time of the Arab Occupation of Crete. The Byzantine state sent a fleet under general Theophilos to wage war on the Saracens. Theophilos brought with him a white mare (psari=leukos=white and forada=mare), his beloved steed. But the mare was injured and could not be moved. Theophilos was torn, cause he could not take her along nor did he wish to kill her. Eventually, it was decided the mare would live the remainder of her life under the shade of a large olive tree. The locals, to honour the general, took it upon themselves to feed and care for her for as long as she lived.

The beach, surrounded by the hill of Sendona to the west and by Cape Theophilos to the east, is relatively large and impressive – with dark-coloured sand and deep, clear waters. It is also pretty-well organized, so that you will find enough sunbeds and umbrellas, as well as rooms to rent and tavernas, all within walking distance. A bit further inland from the beach are several tamarisks which offer their shade to the visitor. The western side of the beach is a perfect place, for those looking for tranquillity and relaxation, but also for those interested in water-sports. On the sand, you will also find a beach-volley court.

While in the area, do not forget to swim out to Psarochorako – a small rocky beach with many horizontal striations on its eastern side. It is also famous for its beach parties and various festivals and events that take place during the summer months and especially in August. Psarochorako is located in between two more lovely beaches, Tertsa to the east and Vourdolakos to the west. On the west side of Psari Forada, we meet Arvi Beach after about 8 km.