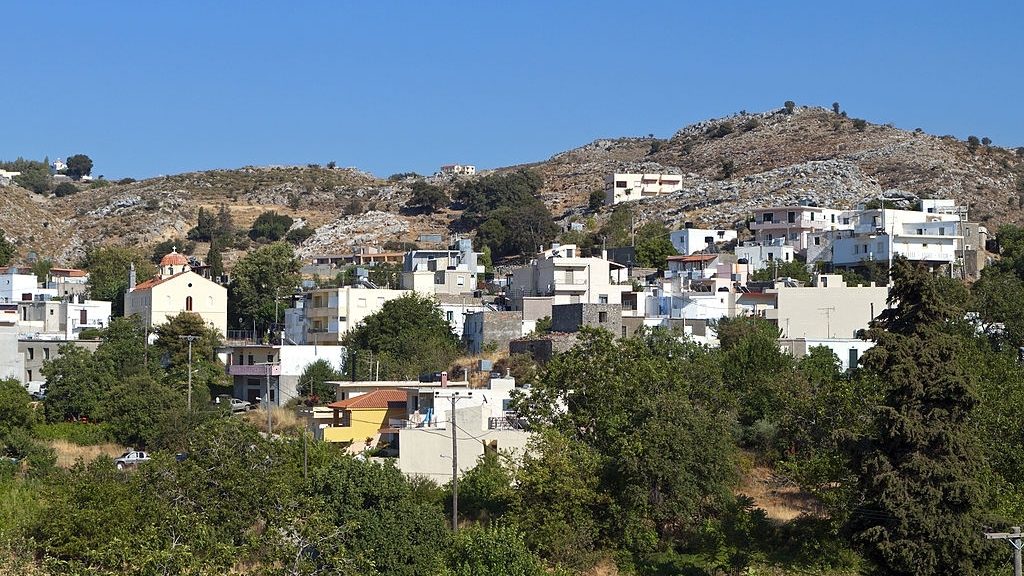 Zominthos is an area located halfway between Anogia and Nida in north-central Crete. It used to be famous mainly for its spring waters and as a hiking destination. Today, however, since the systematic survey and the excavations of the archaeologist Giannis Sakellarakis, Zominthos has emerged as one of the most important archaeological sites of Crete. The pre-Hellenic name of the village indicates its importance since antiquity.


On the low hill south-east of the spring, significant buildings and other finds, typical of a permanent settlement, have been unearthed. This settlement probably came into existence in the Late Minoan period (approximately in 1600 BC) and lasted until 1350 BC, when -as researchers assume- a devastating earthquake caused its total destruction. No other permanent settlement of this period in Crete, built at such a high altitude, has been identified until today.

At the western, low part of the hill, a large two-storey public building with typical Minoan palace characteristics has been excavated. In an area which was used as a pottery workshop, a great number of clay vessels and tools have been found. At the eastern, high part of the hill, behind an old, restored cheese dairy, buildings with ceramics of the 14th century BC have been revealed. The spring of Zominthos, which nowadays supplies the village of Anogia, is connected with the legend of a monster that drank its water and was scaring off men and herds. The monster was finally killed by a shepherd of the Manouras family, and, as a reward, they were granted the right to water their herds first. 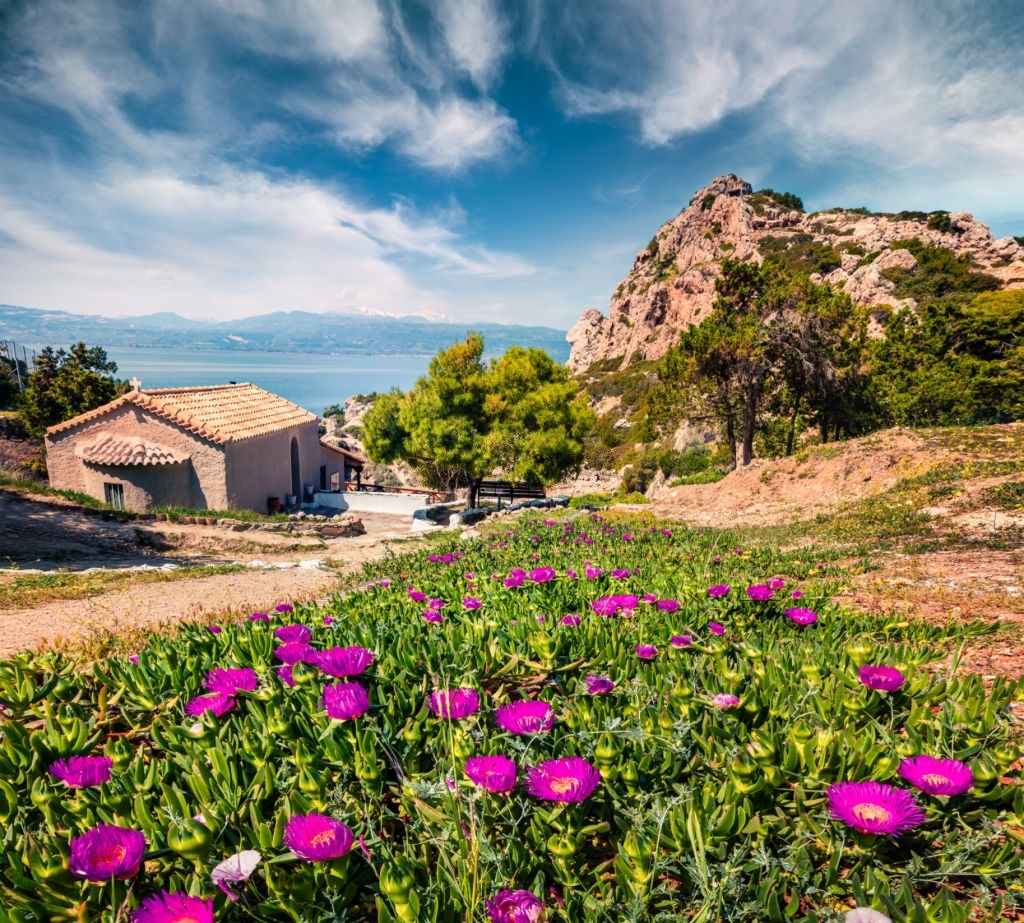 “… Psiloritis is full of surprises, even for archaeologists. A pre-Hellenic word which survived in time, the place name Zominthos, helped us pinpoint a remarkable ancient site. Only a few years ago a large Minoan building was spotted in this location, surrounded by a settlement and a cemetery; an extensive archaeological site that awaits future excavation.

Most people who visit the north-eastern side of Psiloritis and head to the Idaeon Andron, either by way of the ancient road that connects Knossos with the famous cave or by the main road, via Anogia, usually stop to rest in Zominthos. However, even if they do not stop to have a drink of water at the spring, or to light a candle in the chapel of Agia Marina, they will nevertheless enjoy the beautiful, relaxing landscape of this verdant little plain. The central building of ancient Zominthos is to be found in this charming, serene place, on a humble outcrop of land. It used to be two storeys high, and the walls of its rooms, which can be seen today standing amongst trees, were decorated with frescoes. A couple of rooms that have been excavated, stand today more than two metres high. One of them, which used to be a pottery workshop, contained all tools and materials necessary to potters of the 16th century BC: a potter’s wheel, a built tank for sieved clay, and a kouroupa (= large storage pot), such as these used by potters in Thrapsano up until a few years ago.

The fact that such a handicraft installation operated on Psiloritis, at an altitude of 1.200 metres, on a permanent basis, implies that the Minoan settling of Zominthos involved more than just meeting the needs of the Ideon Andron worshippers. An area rich in resources such as this could not have been left unexploited, even back in the Minoan years; it was abundant with timber and herbs, and ideal for stockbreeding. The numerous shepherds recorded on the Linear B tablets, most probably had their winter sheepfolds at Knossos and their summer pastures up in the mountains. The fact that a Venetian dairy was built in Zominthos, as well as another, subsequent one, both of which have recently been under restoration, did not happen randomly. A programme designed to promote the archaeological parks of Psiloritis, and includes the restoration of tens of mitata (shepherds’ stone-built dairy huts), is not really about conducting excavations; it mainly aims at achieving an improvement of the natural and the built environment, as well as at the preservation of the timeless wealth of the mountains…”

Today, along with the archaeological excavations that are being carried out in the area, buildings of later periods are being restored, and works for the creation of an Archaeological Park of Zominthos are underway.