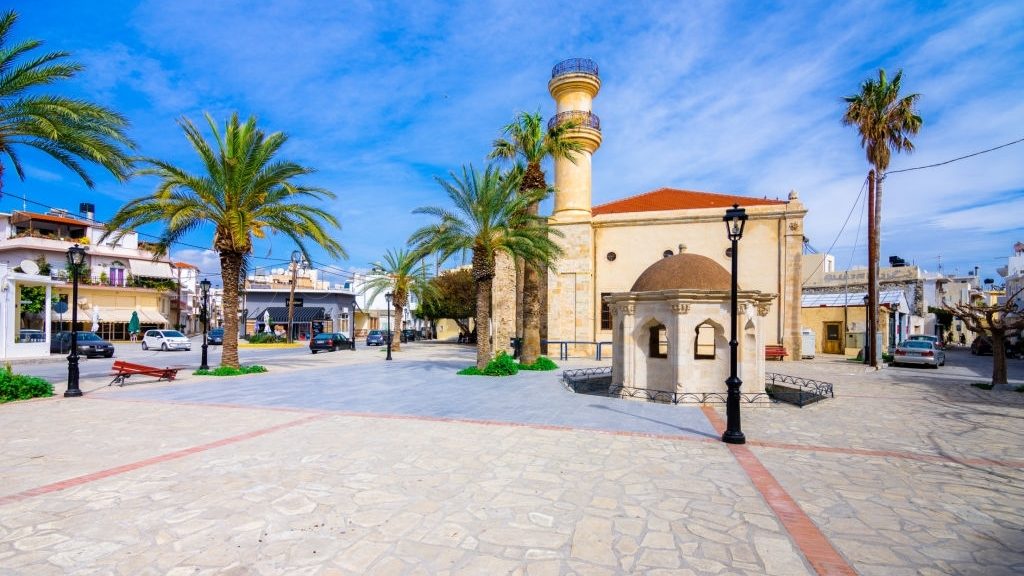 Two remarkable Minoan settlements have been unearthed at the locations of Fournou Korifi and Pyrgos, near the present-day settlement of Myrtos, east of Ierapetra.

The first settlement is an important Proto-Minoan settlement (2800 – 2200 BC) that was unearthed on the hill of Fournou Korifi, 3,5 kilometres east of Myrtos. The settlement was initially small, however, it subsequently grew. It consisted of a multitude of buildings and rooms with no urban planning, narrow alleys in between and walls painted with a reddish mortar. Ninety such rooms were uncovered during the excavations. Considering the workshops and the storerooms found containing significant pieces of pottery (Koumasa Style and Vassiliki Ware), as well as bronze daggers, seals, loom weights etc, it appears that the residents had developed an early form of craft industry (weaving, pottery etc).

It also appears that these workshops were communal, to be used by everybody. If this was indeed so, then social classes or other such distinctions had not been defined yet at this stage. One of these buildings was probably a sanctuary since the famous Goddess of Myrtos statuette was discovered there. Today it can be seen in the Archaeological Museum of Agios Nikolaos. This libation vessel represents a female figure with a long neck and a voluminous torso, holding a vessel in her arms, which is actually a pitcher. The inside of the vessel is hollow, intended to contain a libation fluid. This settlement was utterly destroyed circa 2400 BC and the site was not re-occupied. 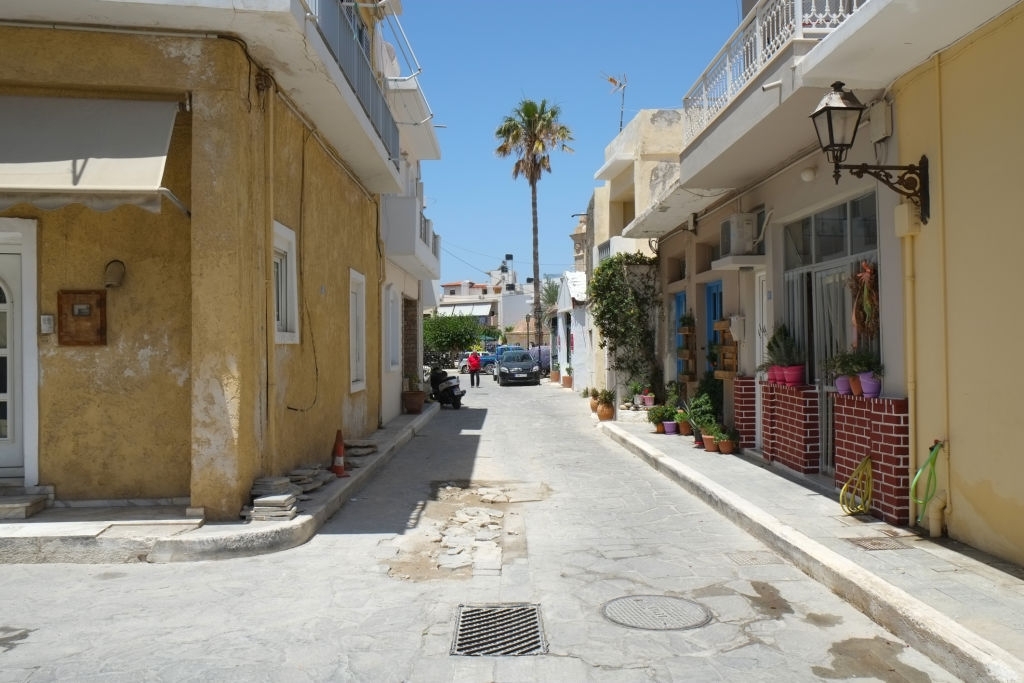 A little more to the west, a Neopalatial villa and a Minoan settlement with noteworthy architecture were excavated, on the hill of Pyrgos, on the eastern side of a river, opposite Myrtos. A villa was found on top of the hill, which was most likely an administrative centre and the residence of the local ruler. Its architecture had a palatial quality; it featured a central, surfaced court with a processional walkway and a balcony with a view to the Libyan Sea. It was decorated with frescoes and had an indoor stairway that led to a second or possibly even to a third storey. The workshops and houses of the settlement were arranged around it.

It is obvious that the social class system indicated by the town planning and the architecture of the settlement were formulated in the centuries between its two phases of occupation. The articles of pottery found during the excavation, as well as a fast-spinning potter’s wheel, bear witness to the constant development of ceramic art. Clay vessels had become more elegant and were decorated with various designs or representations of the natural world.