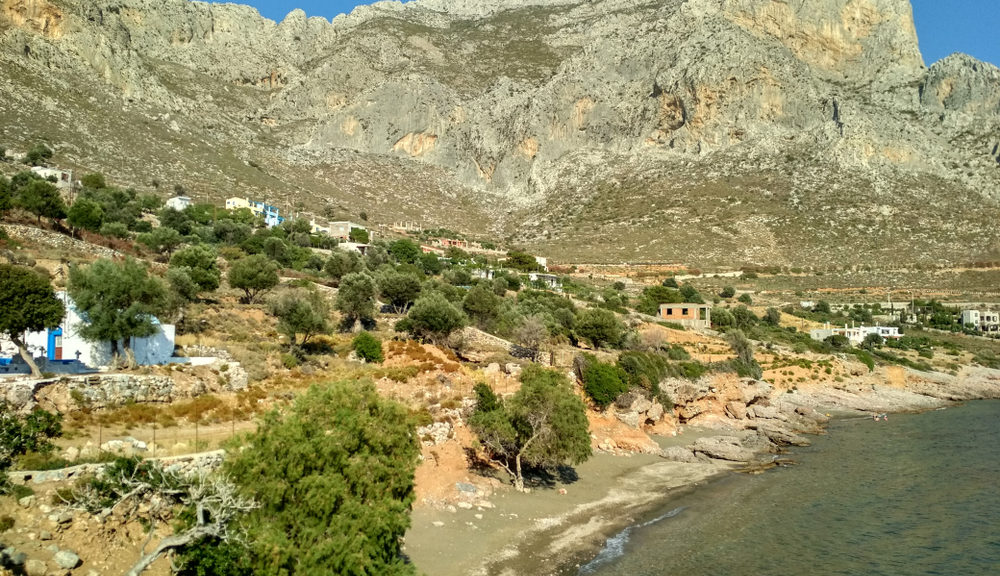 The E4 path from Skalia to Ano Zakros crosses through beautiful mountainous terrain; you will explore a few small gorges and be surrounded by lush Cretan vegetation. During the Turkish occupation, Skalia had approximately 70 inhabitants that were massacred in retaliation for their attack on Ottoman soldiers. Since then, all that remains in the village is a house, the church of Saint George and the ruins of the city walls that protected it.

The village of Zakros is divided between Ano and Kato Zakros. This route finishes in Ano or Upper Zakros. Kato Zakros is a coastal village that can be reached through the Zakros gorge and a journey through the Valley of the Dead. In Ano Zakros you can also find the Water Museum and the Natural History of Zakros Museum. It is best to confirm opening hours and days directly.

The route from Skalia to Zakros

Starting from the abandoned settlement of Skalia (1) in a northerly direction, the footpath leads us down to a little dry valley, which we follow. After having walked through a narrow rocky passage, we arrive at a small plateau (2) with a dirt road running through it. At the north-eastern side of the plateau, an abandoned single-storey building can be seen. Just after passing through a boundary fence which we come upon at the eastern edge of the plateau, we leave the dirt road, and turn left onto a path; this crosses a small saddle (3) and then begins to go down the northern side of a low summit. Down below to our left a stream can be seen, which a little further beyond turns into a verdant ravine, abundant in water. We presently reach a point on the slope where Zakros (4) appears ahead of us to the east; we descend to it after we have passed below the village water storage cistern. Reaching the western entrance to the village, we can follow the route that leads us to a bank of the ravine where the water spring of Zakros is to be found.

The route continues with the Zakros to Kato Zakros path and a refreshing swim awaits at the end!