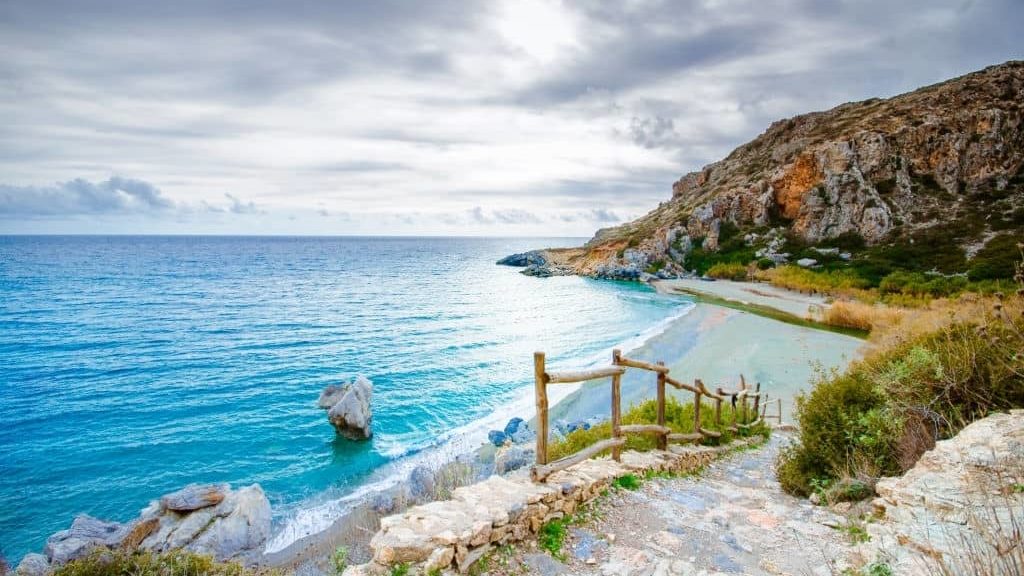 The most prominent feature of Preveli is the riverside palm-groves that line the beach and create an oasis of lush greenery and turquoise waters. Unfortunately, part of the forest was burnt in the summer of 2010, but it has since recovered. It is one of the most famous and beloved beaches in all of Crete and attracts hundreds of visitors during the summertime. Its name – and that of the broader region – is taken from the historical monastery nearby, dedicated to St. John the Theologian.

The palm forest covers an area of  10 acres and is the second-largest of its kind in Crete. The largest is found in Vai, on the northeastern point of the island. In Preveli we find the endemic Theophrastus palm as well as willows, oleanders, carobs and various reeds. Even though the fire caused massive environmental damage, the larger palm trees managed to survive. A walk across the bank or the river itself through the palms and oleanders and into the gorge is quite an unforgettable experience. The beach of Preveli is located right at the mount of the gorge, where the river Kourtaliotis meets the Libyan Sea. It has pale sand and a stony bottom as well as crystal clear and refreshing water.

Preveli can be reached in a number of ways. If you have a car or a motorbike, set off from the village of Plakias towards the monastery of Preveli. About 1.5 km after passing the Lower Preveli Monastery, you will reach a flat area, which is often used as a parking space by visitors. Signs will point you in the right direction. From there a footpath begins which in 20 minutes will take you to the beach. The view on the way down is captivating; the ascent, on the other hand, can be quite challenging, especially if you do it in the middle of the day when under the hot summer sun. Alternatively, there is a shortcut along a dirt path that leads to the nearby beach of Drymiskiano Ammoudi. Even though it is shorter, it lacks the view of the first. For those that prefer to skip the short hike, there are daily boats that depart from Plakias and Agia Galini.