Kokkini Hani is a coastal tourist development, 15 km from Heraklion, found to the east of Vatheianos Kampos. It has many beaches – large and small, with sand and shallow waters, which are affected by the strong north winds that frequently blow. The area is easily accessible from the Old National Road from Heraklion to Malia and Agios Nikolaos. As you pass through this area, you can take various exits that lead to various different spots on the coast. The coast is not visible from the road but the space between the road and the shore is full of great hotels and shops. Kokkini Hani is also well connected to Heraklion by the local bus service. Most of the beaches in this area are organized with sunbeds, umbrellas, showers, a lifeguard station and water-sports. You can also find various shops, a great number of hotels to suit all preferences, cafes, restaurants and bars. 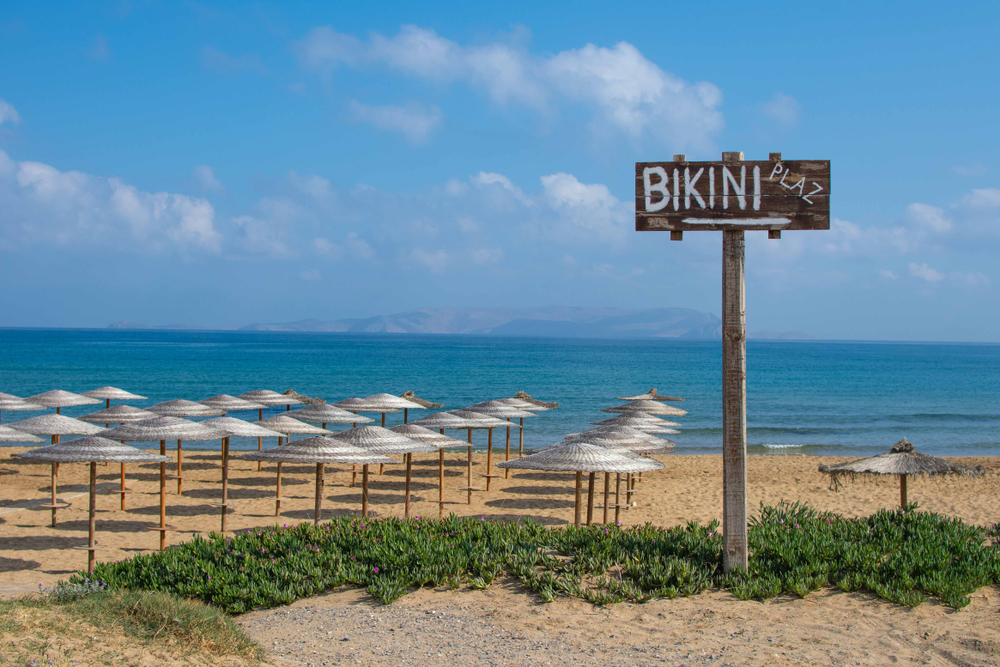 While in the area, do visit the archaeological site of Nirou Hani – which is just to the west of Kokkini Hani (the Red Caravanserai). This is a Minoan villa – a two-storied structure, that is connected to the manufacture and dispersal of religious artefacts. During the second palace period around 1600-1450 BC, it was destroyed by an extensive fire. Further east at Gournes, we find the CRETAquarium Thalassokosmos, a very popular activity, especially for families with children. It is located at the site where the old American Force Base once stood. The aquarium was built in 2005 and houses one of the largest and most modern sets of aquaria in Europe, with hundreds of species on display, amounting to thousands of individual animals and plants.

Further east along the coast, the next beach we discover is that of Aposeleme, at the mouth of a river of that name. The whole coast is full of beautiful beaches until we reach the popular tourist spot of Hersonissos. This is an area known for its nightlife and wild beach parties but there are plenty of smaller coves to discover as well. One of the most beautiful beaches in this area is Limanakia, that is actually a collection of small bays, some organized and others not.