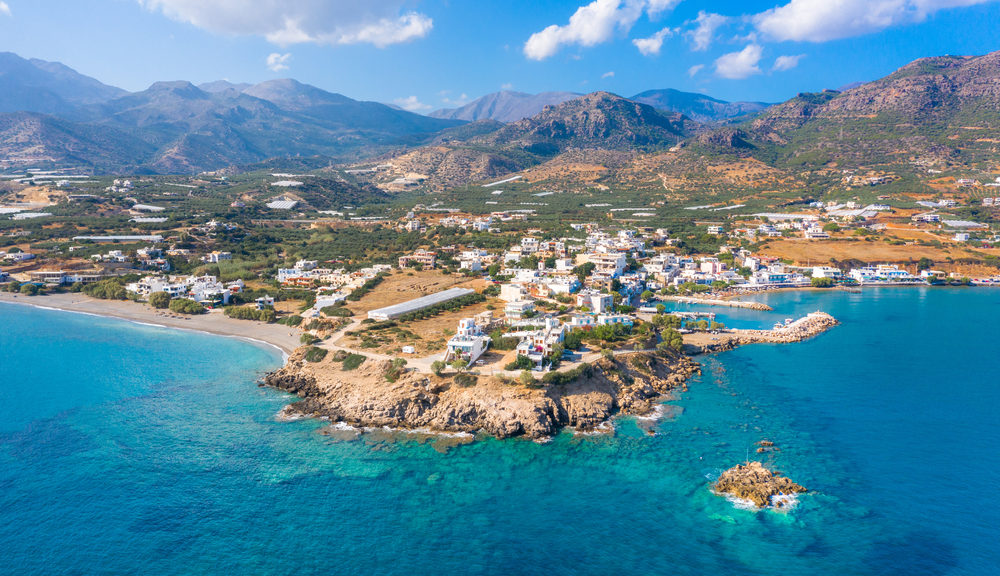 East of Krios Cape, on the road to Palaiochora, we find the villages of Agia Kyriaki and Gialos. Here, there is an especially pretty beach called Grammeno Votsalo (or the Inscribed Pebble but it is most often referred to simply as “Grammeno“). The name comes from the multi-coloured pebbles found on the beach, which are so streaked and veined with various minerals that seem as though they have words written on them. 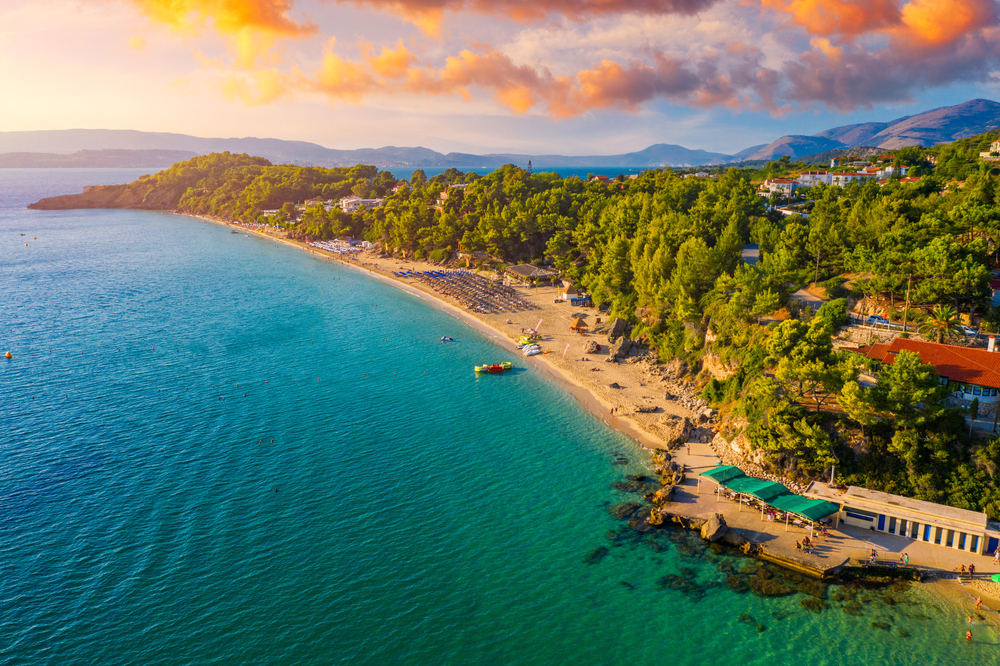 Grammeno Votsalo is set on a small mass of land that curves around the mainland and divides the beach in two. To the west is a relatively large cove, protected from the wind and with soft golden sand, while to the east (this area is called Kountoura) is a large and pebbly expanse, which is less frequented by visitors. Both are organized with umbrellas and sun-beds for hire. One will find plenty of attractive coves around this area for a quiet and refreshing swim. The Grammeno Camping is also located here, and there are a few other accommodation options in the village as well as traditional tavernas specializing in fresh fish. Moving east you will cross the beaches of Plakaki, Karavopetra and Psilos Volakas before arriving in Paleochora.

Even though it is only located 80 km from Chania most visitors chose to stay in the area for at least a few days or base themselves here for excursions in the region of Kandanos-Selinos (southwesternmost part) and Sfakia. From Grammeno you can also move west towards Kedrodasos and the most well-known beach of the island, Elafonisi. Reaching this area can be tiresome but worth it, as so many visitors can attest to. Elafonisi is arguably one of the most popular beaches on the island and during peak season finding a quiet spot might prove difficult. Kedrodasos, on the other hand, is equally stunning but has managed to remain under the radar of most visitors. Access to the beach is possible by car (up to a certain point) by a dirt-road through the green-houses, or on foot following the E4 walking-route from the beach of Elafonisi itself. Unlike Elafonisi, Kedrodasos is untouched; there are no beach bars, no snacks, canteens or other amenities nearby, so make sure you bring what you need with you.