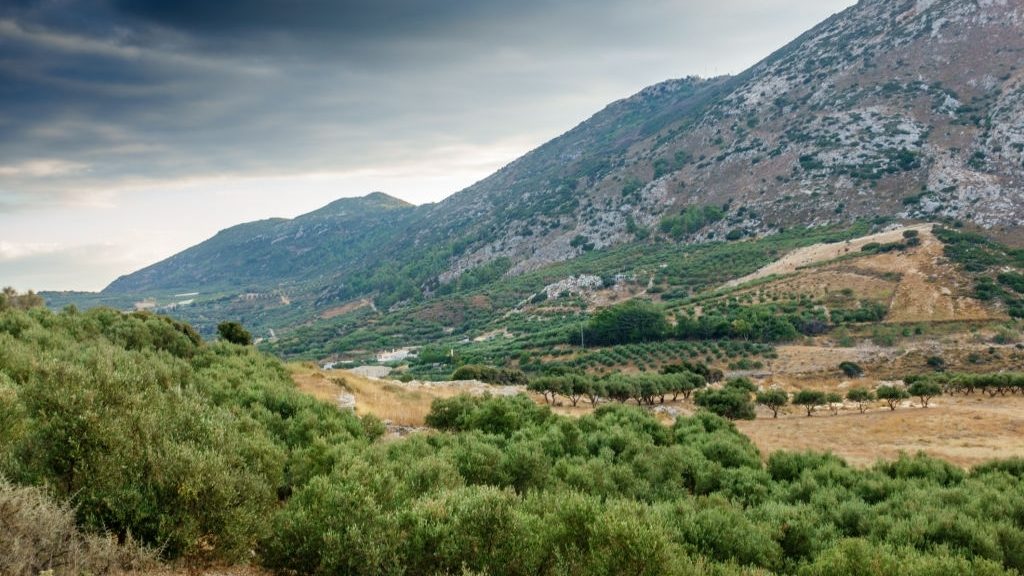 The Minoan villa of Vathypetro was discovered at the location of Piso Livadia, on the south-eastern side of Yuktas, during an excavation conducted in 1949 by Spyros Marinatos. The site is located 3 kilometres south of Archanes and 20 km from Heraklion.

It was a large building which in some places had two storeys. The walls were covered with multi-coloured mortar but had no frescoes. It is believed that it was built circa 1600 BC. The villa was destroyed and abandoned circa 1550 BC, but then its southern part was rebuilt. An oil press and a grape treading trough were found in the villa, which were subsequently restored; these finds suggest that this building was most likely a farmhouse. Weaving equipment and potter’s wheels were also unearthed.

The villa had a central courtyard, a collonaded room with four square-shaped pillars, a storeroom which contained 16 pithoi (large storage jars) and a shrine. One of the most noteworthy finds is a large decorated stirrup jar, a type of vessel used especially as an oil container. At that time, Crete and the Mycenaes, later on, monopolised the trade of olive oil and exported to the countries of the Middle East and to Egypt. This is also supported by the fact that jars such as the ones unearthed in Vathypetro were also found there. 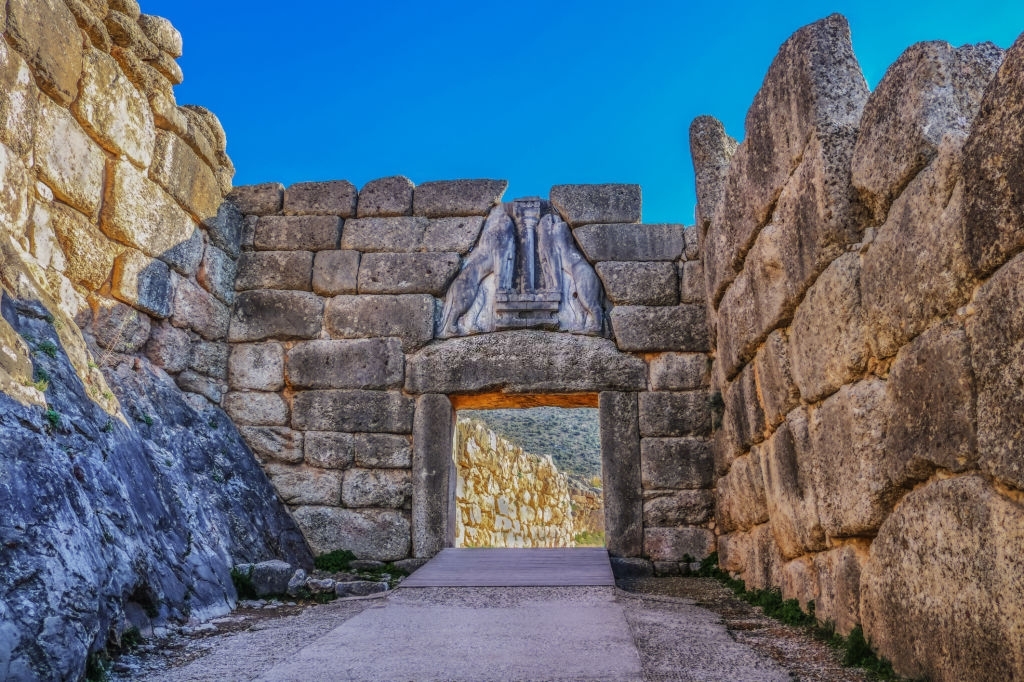 There are still a lot of unanswered questions regarding the function of the Vathypetro complex. However, excavating the surrounding area, that stretches over three hills, is not possible and cultivations have damaged a lot of the remains. It is likely that this was intended to be a Minoan palace before it was destroyed or a summer residence of a king.

Entrance to the archaeological site is open and free year-round to all visitors. Visitors should make the short visit from Archanes visit to explore the ruins and enjoy the spectacular views over the mountains. An alternative option for those not wishing to drive is to follow the hiking path. The E4 European long-distance path crosses this area of Crete and the trail starts at the nearby historical village of Profitis Ilias and crosses through Vathypetro on the way to Ano Archanes.