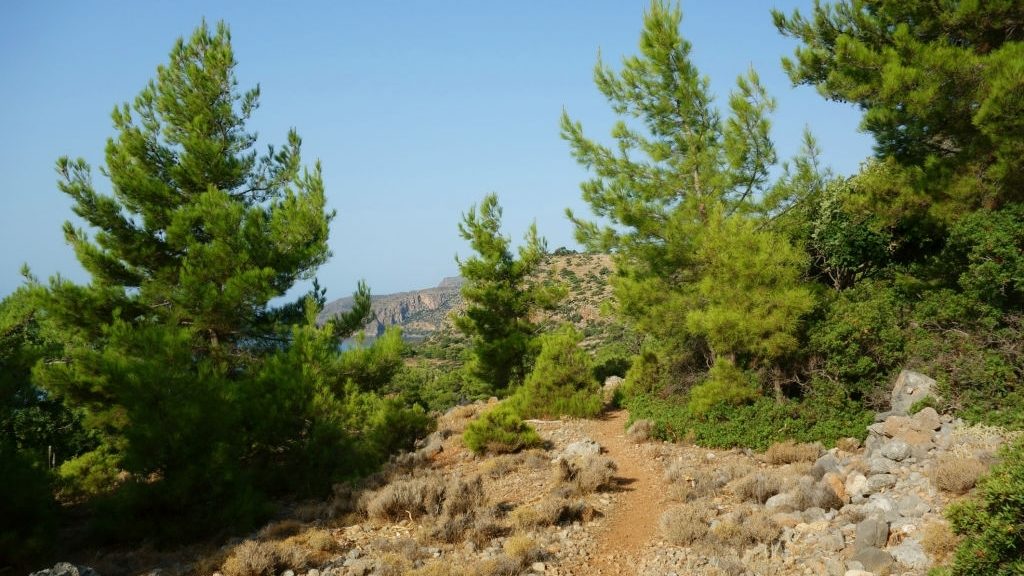 Sougia is a small, charming coastal village on the south coast of Crete, about 70 km away from Chania. A wild natural landscape, with a long stretch of beach, it is located at the exit of the Agia Irini gorge and very close to the most famous hike on the island, the gorge of Samaria.

In the past decades, Sougia has attracted tourists that seek an isolated and remote destination spot. Hippies and nature lovers from northern Europe, frequented Sougia, with most returning every year. The main beach of Sougia, was a popular nudist beach in the past, even though most people move to the east end.

This short route will take you from Sougia to the plateau of Omalos. Nearby Xyloskalo is the starting point for the entrance to Samaria that leads back down to the coast in Agia Roumeli. From Agia Roumeli, you can ferry back to Sougia. You can also ferry to Sougia from Paleochora to the west, as well as Loutro and Hora Sfakion further down the east coast.

From Sougia (1), we follow the same section of the route to Omalos via Koustogerako village for about 2,8 km, until the bridge (2) that crosses to the east bank of the gorge of Sougia. Immediately after the bridge, we turn left and follow the asphalt-paved road for 1,6 km, until a designated parking area (3). After the parking area, we come to a little chapel of Agios Dimitrios; to the left, in the stream bed, the ruins of an old stone bridge can be seen.

We follow the distinct path along the stream bed for approximately 2,5 km and then we come to a designated rest area. We continue following the very clear path through the narrowest sections of this gorge, which is considered one of the most beautiful of Crete, until the point where the gorge forks and we meet a stop area with a forest warden’s guardhouse (4).

We follow the left (western) branch of the gorge and after 1,1 km we reach an altitude of approximately 600 m, at the northern entrance of the gorge. Having crossed a small wooden bridge, we enter the small settlement of Agia Irini (5), on the eastern bank of the gorge. The path stretches for about 13.5 km and will take approximately 4 and a half hours. It is best to hike between May and September. 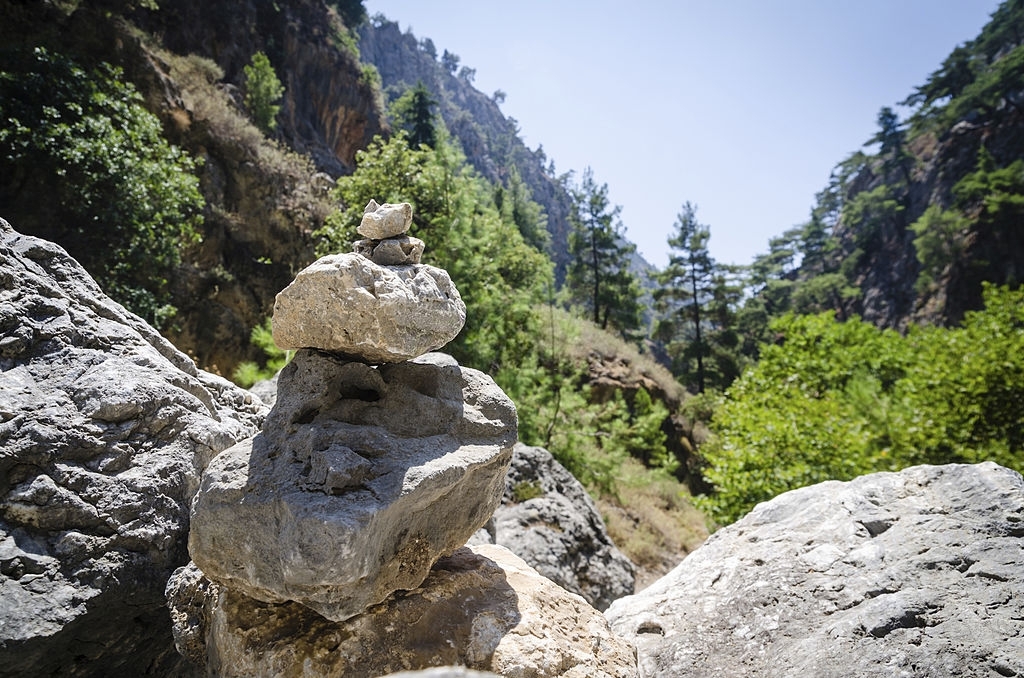 From the settlement of Agia Irini (1), we cross the stream, pass onto the eastern slope and begin to climb the old Byzantine path which leads to Omalos, in the north-easterly direction.

The path winds up the ridge. We pass a small saddle and after 2 km we enter a small flat area (2), where we encounter a shepherd’s stone hut and the ruins of another, older one, nearby.

We pass through the flat area and a small dry gully, and continue the uphill path, facing the south-easterly direction, walking on the ridge below and parallel to the main road.

After walking the 1,5 km flat area, we ascend to the main road (3), which we follow eastwards. After approximately 400 m we encounter a cart track (4) on our right, where the branch of the E4 that goes from Sougia via Koustogerako, ends.

From this point on, still following the paved road and having passed by Agioi Theodori, we arrive at the south-west corner (5) of the plateau of Omalos.