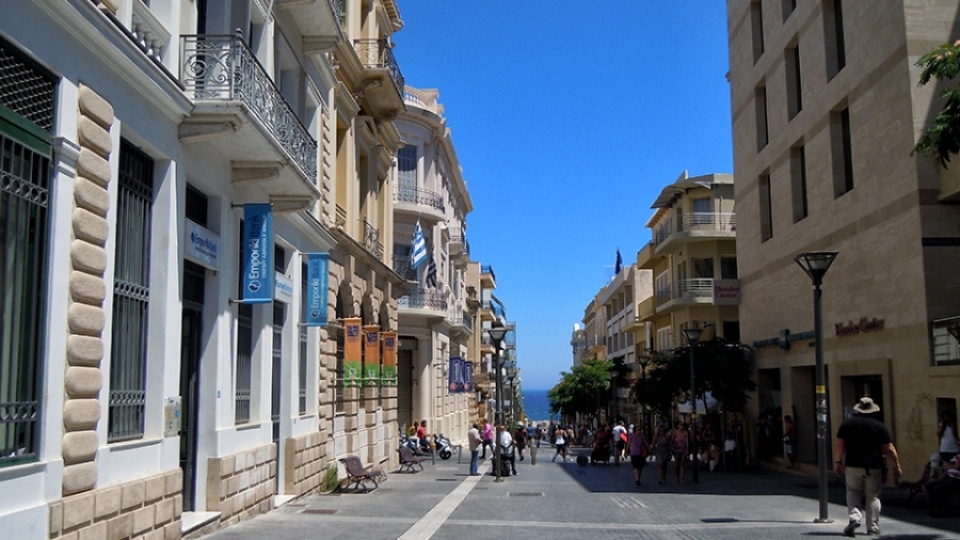 Already from the Venetian period, August 25 Street in Heraklion was one of the most important streets in the city even though it had not acquired its name yet. The road connects the port with Saint Mark’s square, and this is where the palatial mansion of the Venetian Duke was built.

On August 25 1897, Turkish fanatics massacred approximately 500 Christians and 17 British soldiers and also caused extensive damage to the buildings and monuments along the road. This was a reaction to the surrender of the Customs office to the Christians, as had been decided by the Great Powers. The street was ultimately named after this sad anniversary. This act of violence also sped up negotiations for the Union of Crete with the rest of Greece and the removal of the Turkish forces from the island.

In the early 20th century, after Crete had been liberated from the Turks, 25 August Street became the most popular and prominent road of Heraklion. New buildings were constructed in order to house various official government buildings and to show a majestic, and impressive aspect of the city to visitors who would reach the street from the seaward side. This view, however, did not correspond to the reality hidden behind the imposing buildings, which is why it was named by the residents of Heraklion “Street of Illusion” or “Odos Planis“. 25 August Street, which connects the much-frequented Lions’ square with the Venetian port, still maintains the grandeur of the past, flaunting fine neoclassical buildings (most of them, renovated) on both sides. Following the street, one will pass through various prominent landmarks, cultural and historical, such as the Basilica of St. Mark, and the church of Saint Titus, and the Loggia. The latter was a noblemen’s club constructed between 1626 and 1628 and the last Loggia to be built during the Venetian period.

Nowadays, August 25th Street is paved and welcomes locals and tourists from all around the world. Along its way, visitors will find travel information centres, travel agencies, retail and souvenir shops as well as banks and other thriving businesses. Follow its coastal path to find the seafood tavernas and enjoy delicious Cretan specialities.