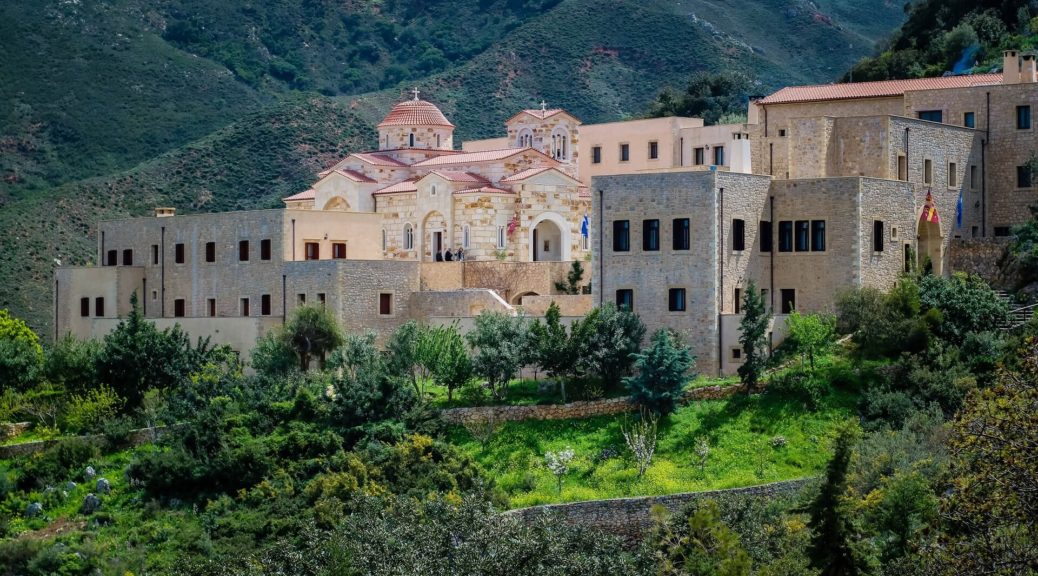 The Convent of Chrysopigi, just outside Chania, is dedicated to Mother Mary, the Life-Giving Font (Panagia Zoodochos Pigi). The convent was built like a fortress, in the 16th century and was founded as a monastery by Ioannis Chartophylakas. During Venetian rule, it was a significant spiritual centre with a well-stocked library. It started to decline during the Ottoman siege in the summer of 1645, when Philotheos Skoufos, the Father Superior, escaped to the Ionian Islands, taking with him the holy heirlooms of the monastery.

Since then the monastery had been deserted until it was restored in the 18th century. During the Liberation Revolution against the Ottomans, it was burnt down and after 1830 it played an important ecclesiastical role. Then, during the Second World War, the Nazi soldiers forced the monks to leave and caused serious damage to the building. In 1976 Chrysopigi was restored and became a convent. The interior of the church, dedicated to the Life-giving Font (Zoodochos Pigi), is decorated with wonderful icons of the 19th century and a wonderfully carved wooden iconostasis.

Nearby the monastery, we find The Ecclesiastical Museum of the Monastery of Chrysopigi and the Folklore Museum of Monastery of Chrysopigi. Here the visitor will find a display of ecclesiastical items and icons from the 15th, 16th and 17th century along with holy utensils and old handwritten books. The monastery is located only 4 km from the centre of Chania and is easily accessible. Since 1976 the monastery operates as a nunnery. The nearby monastery of Agia Kyriaki became a dependency of Chrysopigi in 1673. Agia Kyriaki suffered a similar fate during the war and was restored in 1993. The monastery is an active and vibrant centre; the nuns are involved in restoration work and also cultivate 130 acres of land. Visitors can buy organic olive oil made on site and there are also educational programmes that take place here to educate children about organic farming. There is no entrance fee to visit the monastery.