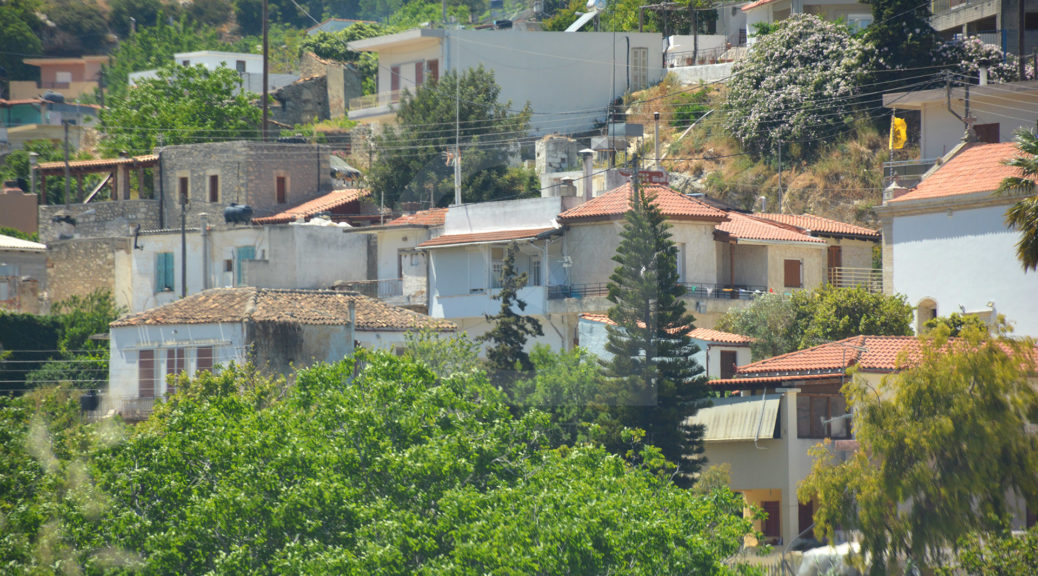 Houdetsi is a well-hidden village on the slope of a beautiful valley. South of the village a hilly landscape with vast vineyards opens up towards the south of the inland area of the Prefecture of Heraklion. This is a short and enjoyable road trip through various villages and wine-growing regions in Heraklion.

Following the main road south of the village of Houdetsi, we stop at the Epanosifi Monastery, one of the richest and largest monasteries of Crete; in the museum, one can see rare manuscripts of the 18th century, icons and various holy relics. We then continue towards the villages Metaxohori, Haraki, Made, Melidohori and Voria. The villages have recently begun to play a significant role in the wine production of the area and are worth visiting and exploring.

A little to the south of Houdetsi, we can take a road that passes through a hilly area packed with vineyards, in a westerly direction, and then end up at the village of Profitis Ilias. This is where the remains of a Byzantine castle, built by Nicephorus Phocas (Byzantine Emperor, 10th century AD) survive today. We continue in a south-westerly direction, through more hillsides covered in vineyards, and cross the villages Kiparissos and Pyrgos to end up deep into a beautiful valley. At the western exit of the valley, we come to the second biggest wine-producing region of Crete, with the village of Dafnes as the epicentre. The area has a long tradition of cultivating select varieties for winemaking. Venerato, the first village we reach, is built on the western slope of a small gorge that shares the same name. At the entrance to the village, in a landscaped area, one can see sculptures made of porous rock. They are left there by artists who come to the village from all over the world, to attend an international sculpture symposium that is held here every year. Opposite Venerato, on the eastern slope, there is the very old Paliani Monastery, which has been in existence since the first centuries of the Byzantine Empire. South of the main church you will spot a centuries-old Myrtle tree. An annual festival takes place on September 23rd, in celebration of the tree, which has survived since the Minoan years.

In a short distance north of Venerato, we reach the villages Siva and Dafnes, which have a long winemaking tradition. Here, a very popular Wine Festival is held every summer; during the festivities, wine is available in abundance for free, and visitors can enjoy themselves listening to live Cretan music. After Dafnes (5), having passed through a hilly landscape north of the village, we end up deep in a valley; the road which runs along it leads us back to Heraklion, in the area of Estavromenos.

South of Venerato, we find the villages Avgeniki and Agios Thomas, which are surrounded by a particularly beautiful rural landscape, formed by ancient vineyards and olive groves that can be seen on the hillsides. South-west, in the distance, the rocky hill of Patela, near the village of Prinias dominates, on which the ruins of ancient Rizinia are located.

For those who wish to get acquainted with more winemaking areas in Heraklion, there are countless choices. From the area of Dafnes, one can take the road which leads south, to the valley of Messara and the area of Ancient Gortyna, the capital of Roman Crete. There, in the hilly landscape around the village of Plouti and of Lavirinthos cave an exceptional traditional vineyard stretches out. In Ancient Gortyna, the so-called law Code of Gortyn was found, which is the oldest legislative text of Greece. It consists of 12 stone slabs on which rules about the cultivation of vines are engraved.