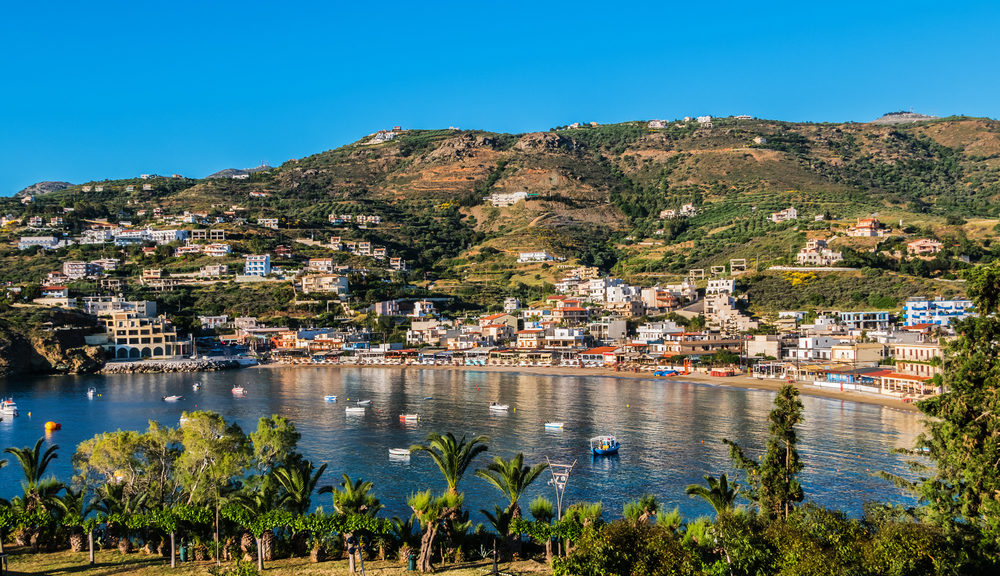 Agia Pelagia is one of the most popular summer destinations in the Heraklion prefecture. It is located 21 km from Heraklion and has a long beach, more than 450 m in length, with fine sand. The beautiful setting, crystalline waters and calmness of the sea, attracts a lot of visitors, so it is often busy. The area is also relatively protected from the northerly winds and fully organized with sunbeds, umbrellas, showers, a lifeguard, and a plethora of water-sports. For those interested in more active holidays, a diving school operates nearby for underwater adventures. The village has many tavernas, restaurants, cafeterias, bars and a range of accommodation options to suit all visitors. 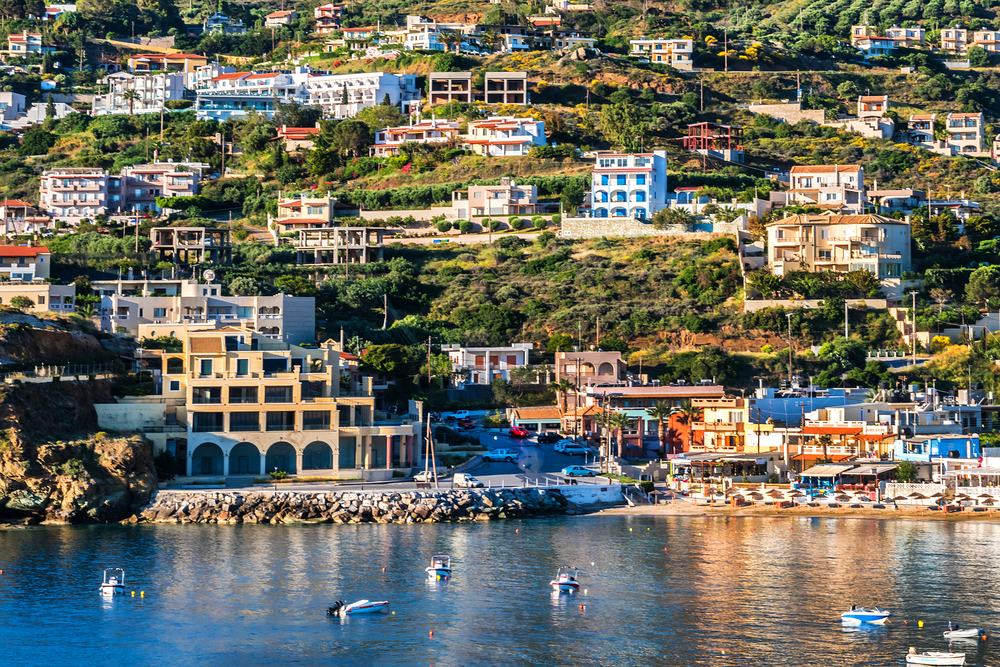 On the north side of Agia Pelagia, there is a cave, where the icon of Saint Pelagia was found, and this is what gave the village its name. The cave is named “the Discovery“. After it was found, a monastery was established about 1 kilometre away, but it is longer active. The beach is also mentioned in Cristofero Buondelmonti’s book, A Description of the Isle of Crete (1412). According to legend, the site was a pilgrimage for those that were sick or unwell, and they came to bury whatever part of their bodies was suffering in the sand; it was said, the sand was able to heal the wounds .

To get to Agia Pelagia, take the main north-coast road west out of Heraklion, and turn off after Lygaria when you see the sign. Other signs are pointing down to the village and the beach. Some of the other beaches in the area are Ligaria, Mades, and Trypiti to the south and Psaromoura and Mononaftis to the north. Next to the beach, there is the archaeological site of ancient Apollonia. Excavations are still ongoing but we know this was an important religious and political centre. To access the ruins, which are not well marked, visitors will have to go through a resort and move towards the beach. On the other side, there is a private and secluded beach called Filakes that you can only reach by boat. Alternatively, you can swim around the bay.