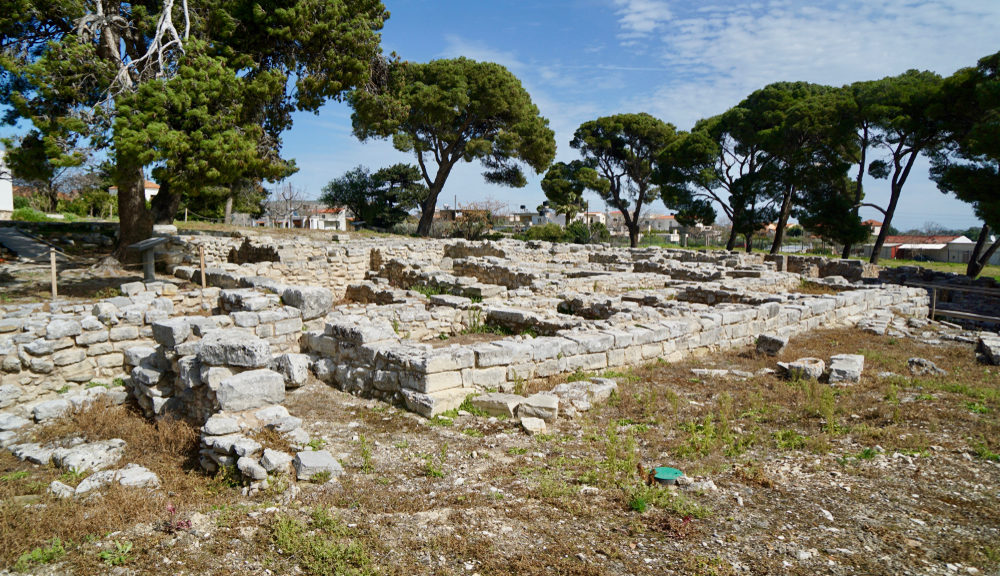 Unearthed in the early 20th century, on the site of present-day Tylissos by the archaeologist Iosif Chatzidakis this was one of the most noteworthy Minoan towns. The ancient city probably started to be developed during the Prepalatial years, however, it flourished during the Neopalatial period (1650-1450 BC) and the Postpalatial era (1450-1200 BC).

The Minoan centre of Tylissos was most likely dependent on the palace complex of Knossos, and its purpose was to control the strategic area between Central and Western Crete. It is possible it also regulated the economic activity in the wealthy area of Malevizi and the extensive region of Psiloritis, the latter being well-known for its livestock farming, timber and wool production. 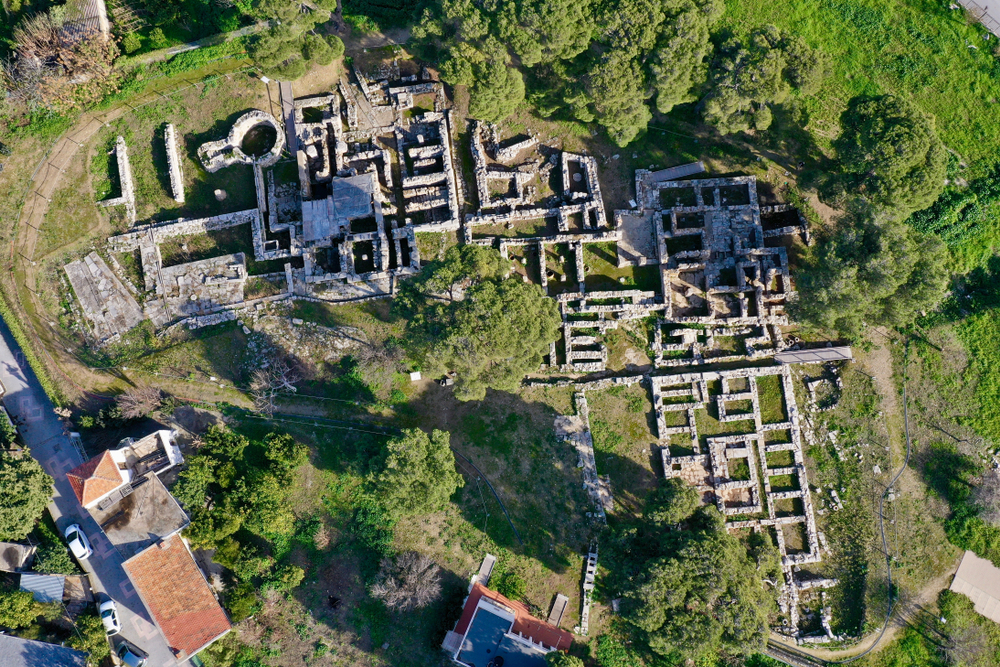 The town covered a fairly large area. Traces of houses from earlier periods can be seen scattered throughout the site. The most important findings were three villas that were uncovered in the north of the present-day village. Their architecture is similar to that of Knossos, and is considered even more impressive compared to other palatial buildings (of the palace complex of Malia, for instance). The archaeological findings that were brought to light in the area are also considered quite remarkable. Amongst others, three large cauldrons, unique in the whole of Aegean, and a bronze figurine, the largest and stylistically finest of its kind, were unearthed.

These findings are indicative of the size and wealth of the town, as well as of the trading relationships it cultivated. They also strongly suggest that ancient Tylissos was an important bronze working centre. The city continued to exist in the historical years; it even minted its own coins, on which Hera, Apollo, or a hunter with a bow and the head of a wild goat, were represented.

The three houses in Tylissos

The largest of the three Minoan villas in Tylissos is House A; it was two-storied and had a monumental entrance with two pillars, a room with pier-and-door partitions, paved floors, a room with a pillar, a lustral basin, galleries, and storerooms. Clay Linear A tablets and a copper ingot were found in the archive room of House A, among other artefacts.

House C was in all likelihood just as  majestic, while House B was used for storage, or it may have housed administrative functions. On the site of House C, a megaron of the Mycenaean type was raised during the Postpalatial period. A paved courtyard, a street, and a section of an aqueduct with clay pipes were unearthed west of House C. Remains of buildings at the north and the north-west of House C also include an altar. Relics of other houses are located east of House A.

Postpalatial chamber tombs with painted larnakes (clay coffins), as well as beautiful clay vessels and other artefacts were unearthed around the current village.

Τhe cave of Trapeza, which is located west of Tylissos, was a place of worship during the Minoan years. A peak sanctuary was also discovered on a hill known as Korfi tou Pirgou (= top of the tower).

The archaeological site of Tylissos is 16km southwest of Heraklion. There is a parking space in the village where you can leave your car.